First Jacobite Highlanders Based for the 1745 Rising

The basing department has been busy and the first of the highlanders is done on their new round bases. Our plan is to base them in twos and threes on 40mm and 50mm bases. This allows for a flexible approach to the unit sizes. 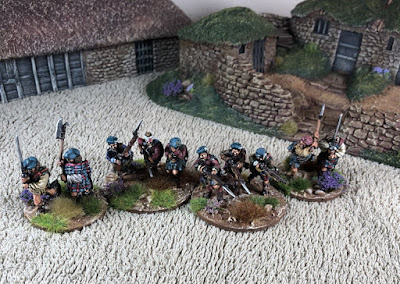 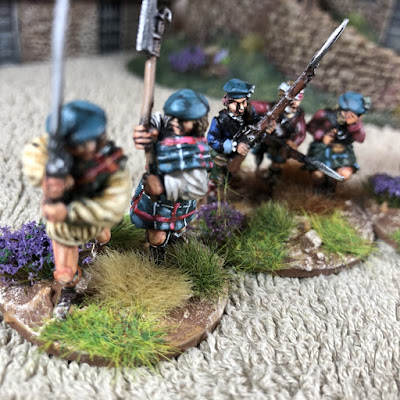 I have multiple different manufacturers in the ranks of the highlanders, some have come out surprisingly well. 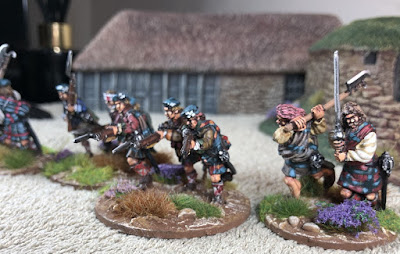 In these shots you see the Flags of War highlanders with muskets charging alongside the Redoubt Enterprises ECW highlanders. 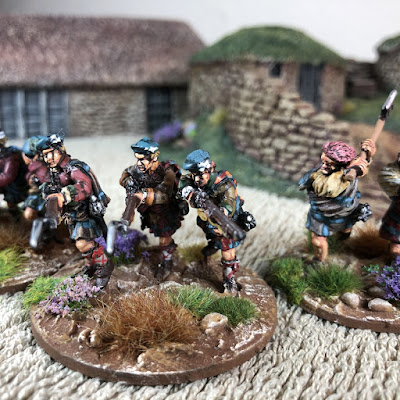 In the below a further Flags of War highlander with musket charges alongside two Front Eank highlanders. 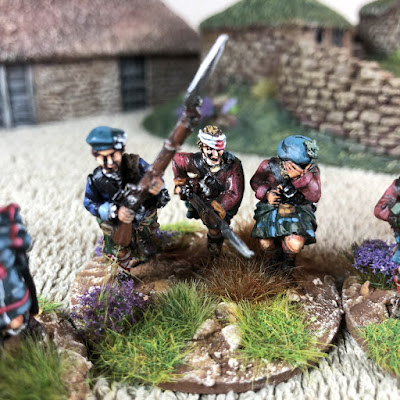 Viewed from above you can see how the circular bases lend themselves to the more irregular formations of the highlanders. 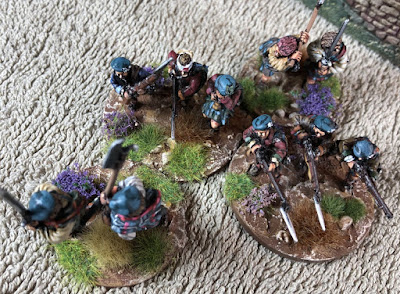 I am purposely keeping those earlier scots on separate bases, this will allow me the option to field them with earlier forces such as my Elizabethans should I wish to at some point. 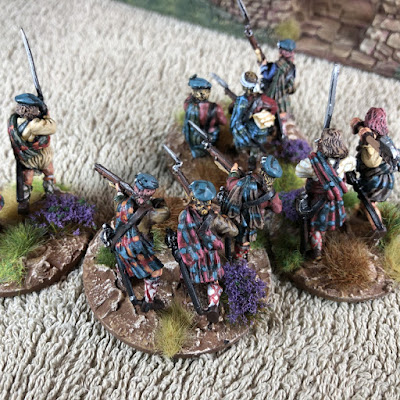 The tartans are all very simple but I think they look quite effective, particularly when en-masse as here. 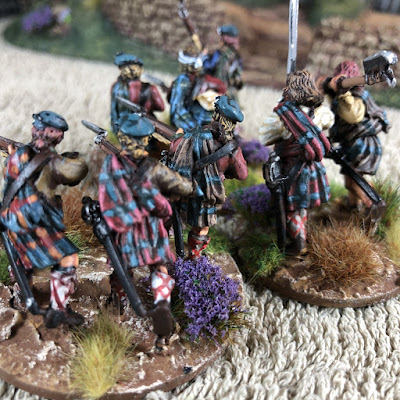 The odd figure has an extra thread of colour running through to add some variety, still simple though. 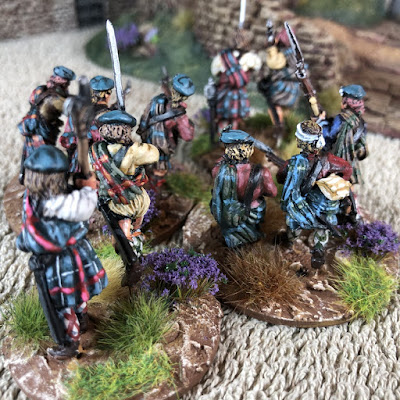 Lastly a low land leader figure, probably will use this as a level one leader for my Loyalist militias, a nice Galloping Major figure in suitably simple clothing. 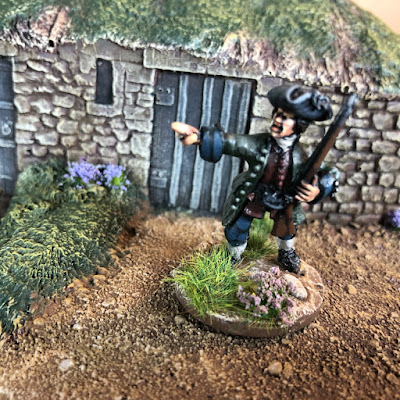 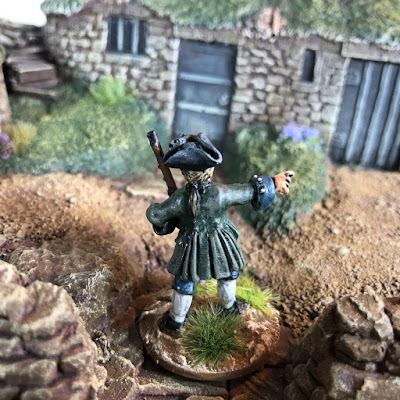 I am reasonably happy with the progress of this project, it will tootle along for a while until the new Flags of War Kickstarter posts out in April next year at which point the regular units will get their final troops and start to finish off, expect to see a lot of posts in the spring, with a few in between as I work through the highlanders I already have.

Email ThisBlogThis!Share to TwitterShare to FacebookShare to Pinterest
Labels: 1745, Jacobite