With the basing department home for Easter I am hoping to have a couple of units finished to share with you. The first are my Polish light Cavalry. We don't know what uniform the Polish Valaks in Charles of Swedens army wore, or even if they had a uniform, however I decided that using a Uniform from a slightly earlier period would look right given how behind the Poles were with the rest of Europe at this time in terms of Military dress and technology.


These will of course do equally well for Poles fighting alongside the Saxons and even for the earlier period of the Commonwealth. 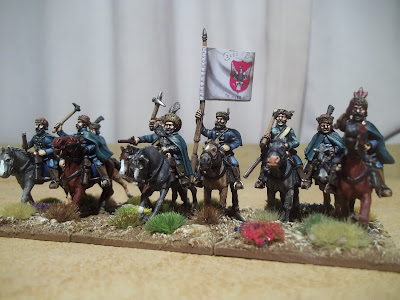 Below is the picture that first gave me the inspiration for this unit's uniform.

The figures are six Warlord Croats and 3 Foundry Poles, below you can see the Foundry Polish officer in chainmail. 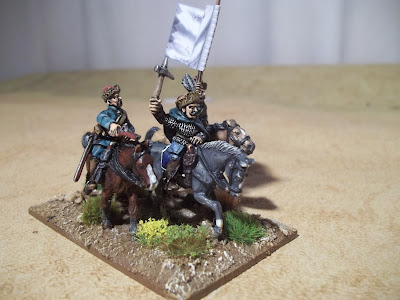 In the below again the centre figure is Foundry, this time a Polish dragoon. The Warlord figures are great by the way each having a separate head and right arm to give you lots of potential combinations of figure. 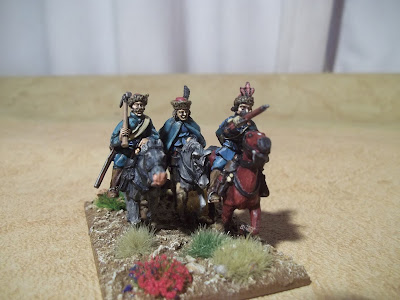 A bit of a closer shot 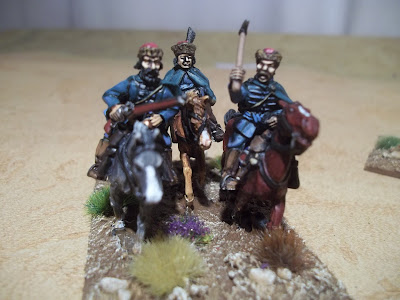 And a last shot of the command group with the Flag a little more prominent. 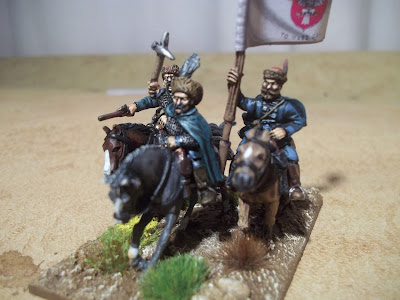 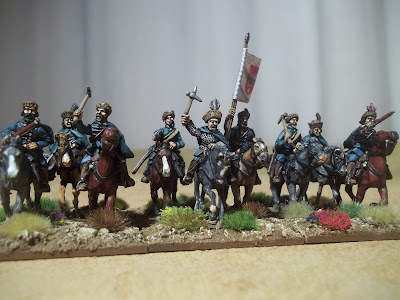 I particularly like the colour U use for these figures, its Field Blue from Colour Party and I find it very useful indeed. Lets see what the basing department finished next!
Posted by RogerC at 11:28 2 comments: