The basing department has finished a second unit of Swedes, this time its the Ostgota Cavalry regiment.


Again opting to have a unit in the traditional Blue faced yellow. 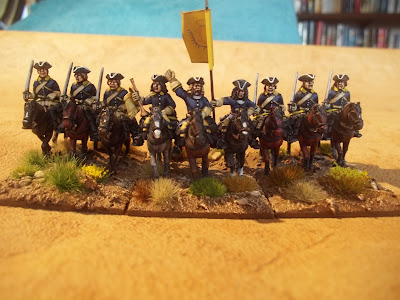 These figures are from the old Musketeer Miniatures range now Footsore Miniatures, not quite as dynamic poses as I would like, the Swedes had very aggressive tactics so I usually like the figures to reflect this. That said I really do like these figures and may get one more unit using Footsore. 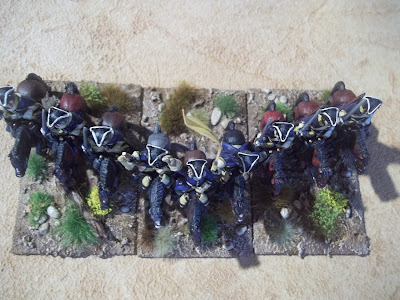 The shallow wedge formation is illustrated well in the above photo, I intend to do all the Swedish cavalry like this if I can, its a tight squeeze on the base but then that is what I wanted. 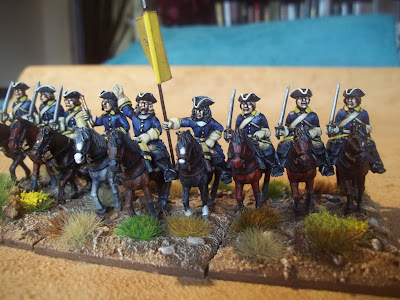 The Ostgota regiment was one of the standard Indelta cavalry units and fought in many of the major engagements including Kliszow with 8 squadrons, Poltava the same, and again at Helsingborg. 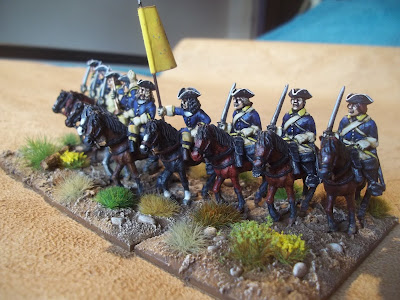 I think I managed to get the lighting slightly better for the pictures but this still needs to be better. The basing department is home from Uni for a couple of days now so hopefully have  another unit to share by next weekend.


I thought I would start off the new Year with my first based unit and a look at whats on the workbench currently.


First is a Saxon Grenadier, this from the Polish Guard of which I have 8 painted now so nearly half way. Using the Wargames Factory Plastics here and I really do like them. 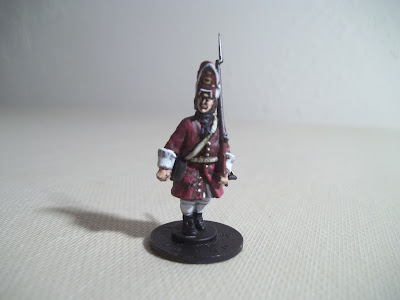 We then have the first of the Polish Valaks. This is the uniformed light cavalry I will use for early Polish or later Swedish armies in the blue grey uniform. Quite Snazzy I think. Again about half way through this particular unit/ 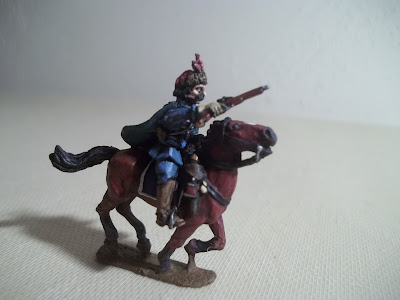 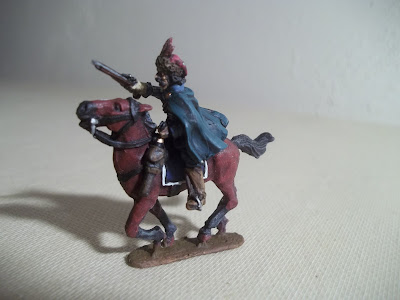 I also have something a bit different on the workbench, not sure what I will eventually do with these. 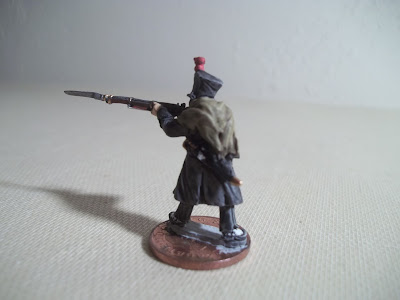 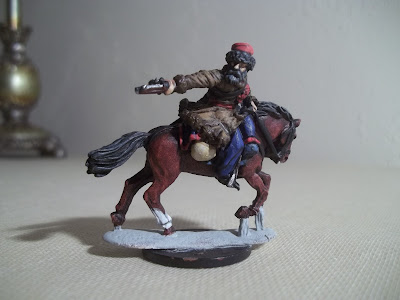 My initial thoughts were to have small battalions to game using Blackpowder with lots of baggage and casualties on each base but this may be ambitious and I might revert to something more skirmishy. Lets see.

Lastly the first finished battalion of Swedish foot. In this case the Dal regiment. I haven't really got the lighting where I want on these but you get a good idea of the finished product. Figures are Wrfare with a scattering of foundry. 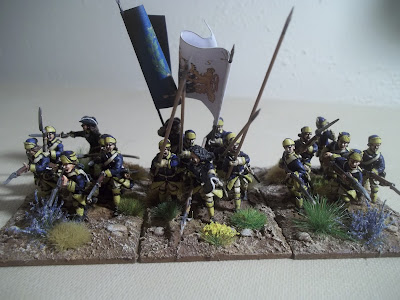 From the side you get an idea of the depth of the basing. 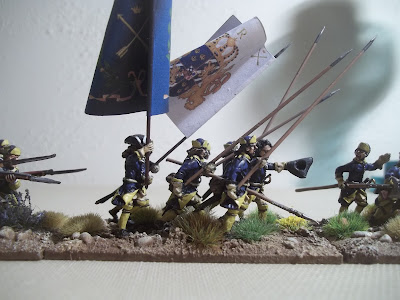 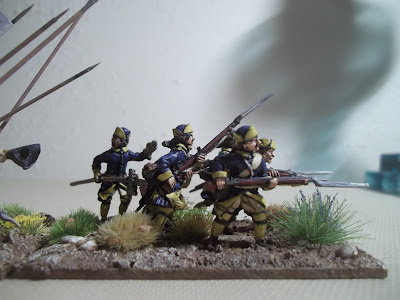 The Dalregiment is one of the standard Indelta regiments recruited from the Dalrecian region of Sweden. I gather it performed very well and it fought in all the major engagements I intend to play, often with two battalions present. It is a typically Swedish unit with all facing colours in yellow and one of 5 in Karpus hats I intend to complete. 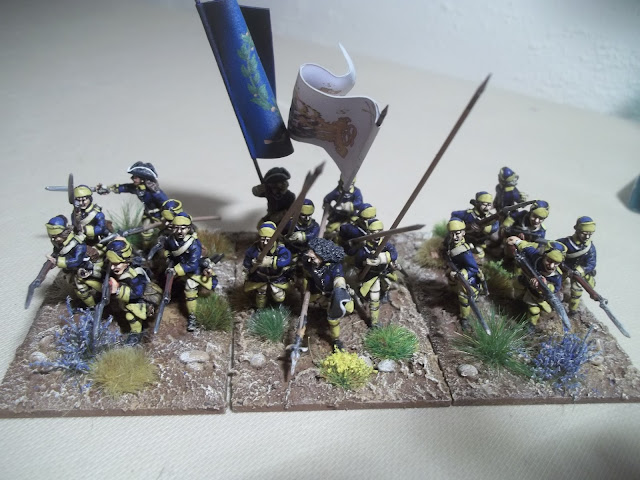 Next post I will have the first cavalry regiment.