Also back from the basing department this my fourth unit of foot Cossacks.Like previous units an eclectic mix of manufacturers with a mix of muskets, swords and Pike.

Built for use with my lockdown project "The Deluge" they are also ideal for my existing Great Northern War collection so very handy indeed. 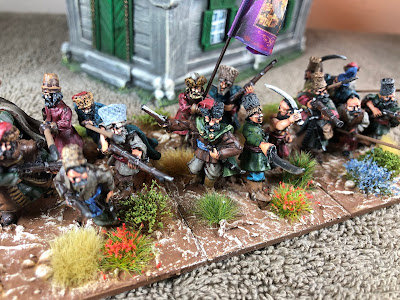 Most of the musket armed troops are Old Glory figures donated by chum Jerry Miller. Not the prettiest of figures they do fit well and there are some hidden gems amonst them. On the first base here we see an Old glory musketeer with an Essex pikeman behind and a Redoubt pikeman to his left 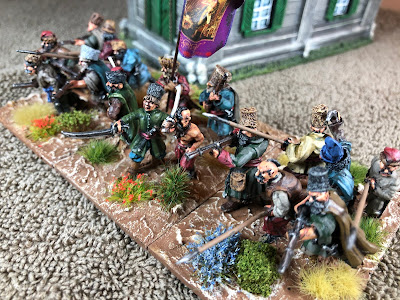 A shot form above allows us to see the semi-irregular layout of this unit. 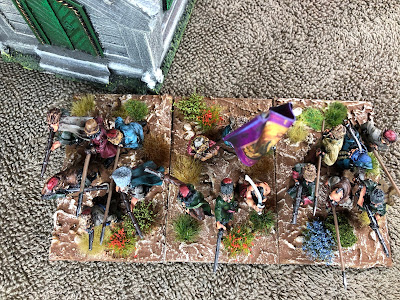 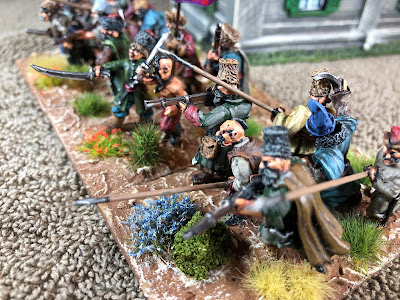 A good shot of the rear of the unit gives a view of the subdued colour palette. I like how the colour mix works. 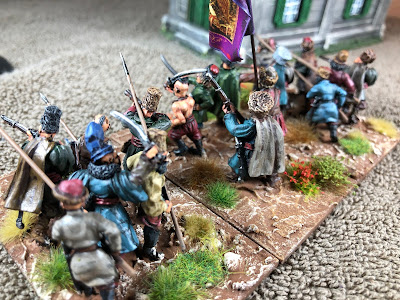 Again the other end base is mainly Old Glory musketeers with an Essex pikeman and a Perry retreat from Moscow peasent turned pikeman. 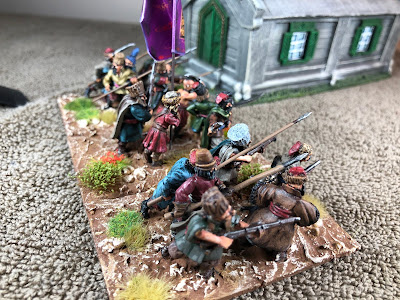 This rear ranker was initially digging a hole with a spade, his tool has been replaced with a pike and he fits in quite well. 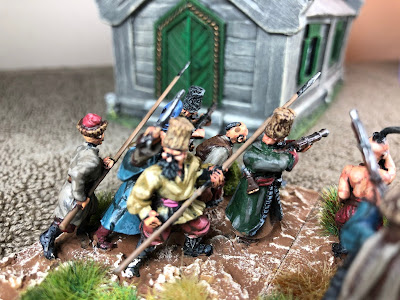 At the front of this left hand base is a Foundry cossack with pistol. Particularly nice these Foundry Cossacks. 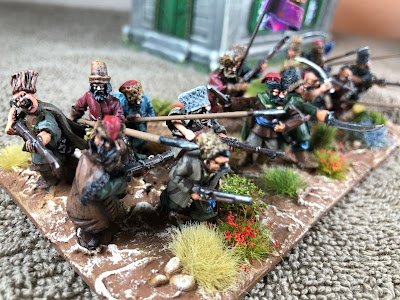 The central command base is even more diverse with two Old Glory igures, a Foundry officer, a Perry retreat from Moscow standard bearer and an Assault Group shirtless swordsman. I think they go together remarkably well. 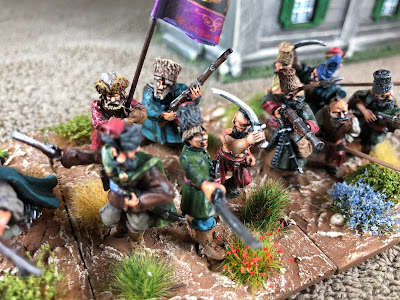 There you go, nice addition to my collection and steady increase for the project. As mentioned these will also be ideal for the Great Northern War collection with these guys fighting for both sides at different times. Hope to see them on the table at some point.