So urged on by the progress of Simon and Stewart's early Tudor Irish project on the lead adventure forum and having a couple of reivers to finish of for chum Andy, I thought I would squeeze a few more of my own Elizabethans in.

So five pike, one shot and a pair of Irish to share. 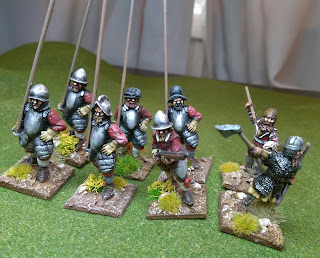 The Irish are OK, both Claymore figures. The Gallowglass has an old fashioned helmet, the original figure was pointing with a spear which I cut off and replaced with an axe. His Kern is a lovely figure, not sure I have done this particular one justice,you cant win them all I suppose. 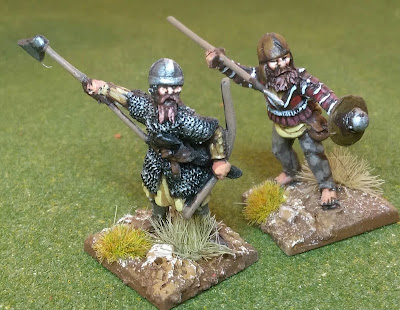 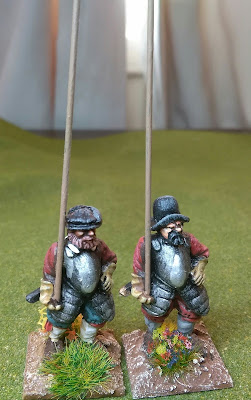 The Graven Images Pike are really very nice, in the first pair I like the chap with the Elizabethan cap in particular.

The two below are two of my favourite helmeted figures and do definitely look the part I feel. 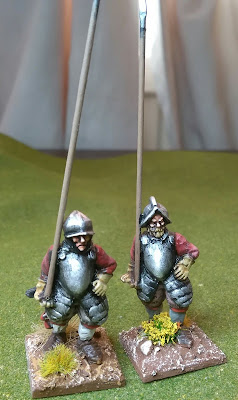 The last two include a caliver man of which I have another 4 to finish. Not quite as nice as some of the others, but nice figures just the same. 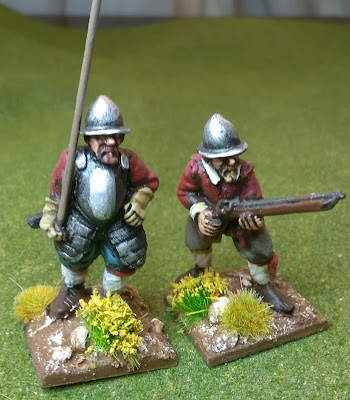 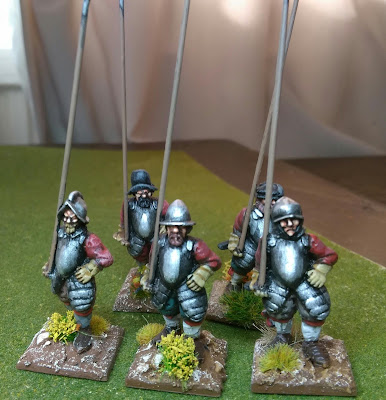 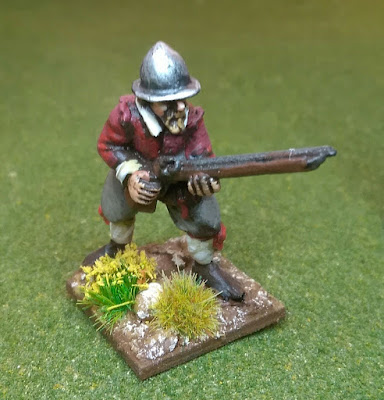 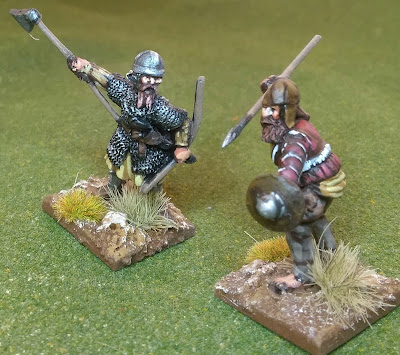 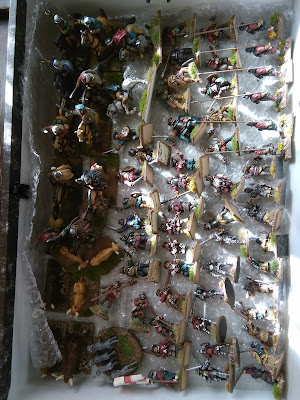 So the Elizabethan box of figures is pretty much full now, I will need to figure a better way of storing them before I go any further. 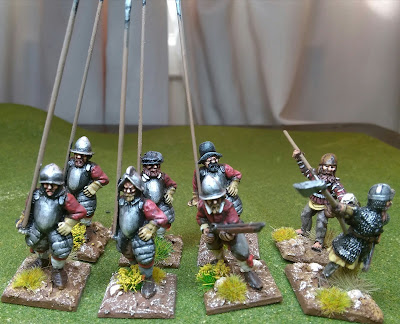 With the arrival of the Helion book on the Swedish army of the Great Northern War and the imminent arrival of a shed load of Warfare Swedish Cavalry I think the next couple of posts will have a decidedly Scandinavian feel. Probably a review of both the book and the figures and hopefully a painted unit or two to share.

Thanks for reading, hope you enjoyed the brief interlude and I look forward to seeing you again soon.
Posted by RogerC at 09:36