So the basing department has gone back to York with plenty to do but leaving me with a unit completed. The Livguard Til Hast, or Lifeguard of Horse,  was very much an elite unit that earned its guard status in numerous battles. As my units are all notionally a double squadron in strength there will be two of these units, the next is currently being finished in York, it was a big regiment with numerous squadrons that were often split across both wings of the battlefield in many of the major engagements.. 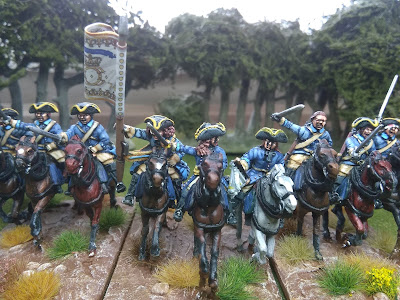 They look a bit different to the rest of the Swedish horses being pale blue faced pale blue. I used the fog grey for the coat with a sky blue for the collar cuffs and turnbacks and I am happy with the outcome. 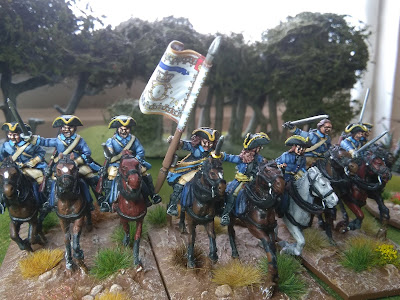 I mentioned in previous posts that this is a mixture of the old Warfare figures and the new ones utilising the old horses for this regiment only. The rest will be on the new ones which by the way are very nice. 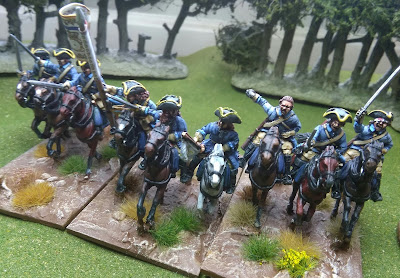 Only four of these are actually the new figures, from right to left. My favourite is the chap with a bandaged eye, a fierce looking veteran, the next is the bareheaded third figures, followed by the standard bearer in another aggressive pose and lastly the extreme left figure I gave this chap a less aggressive pose as the two next to him have a fair bit of go forward about them.

As usual I have gone for the shallow chevron formation which looks so good, even more than usual I struggled to squeeze them all on. 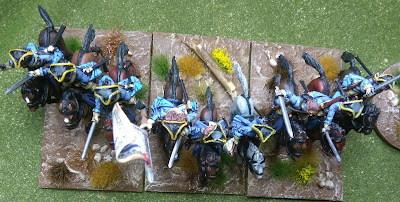 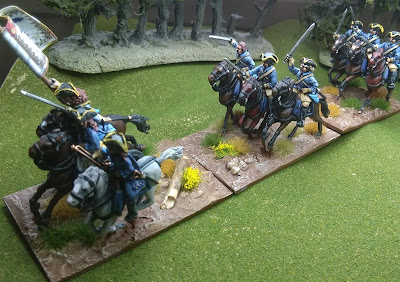 It has been a long wait for these figures but I am glad I waited, the next unit is also a mix of old and new but has more command from the new ones and these are particularly nice I must say. That said I think the older style still stand up to scrutiny really well. 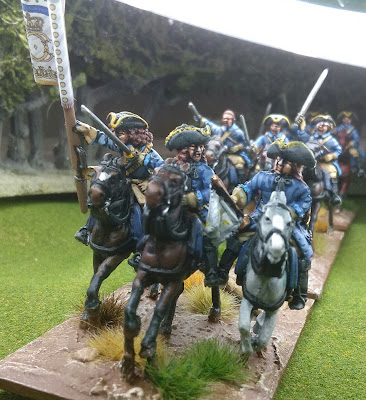 Here he is again the veteran with the bandaged eye. Lovely figure. 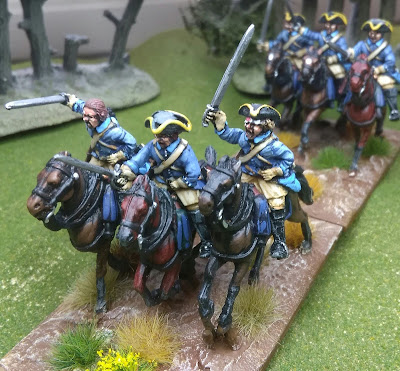 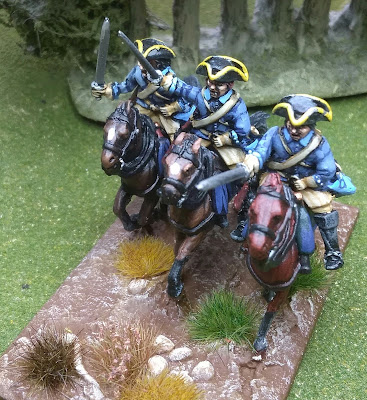 As an added bonus I also got a Swedish General based, thank you Laura! An easy paint job as no face to paint. Not my favourite of these figures its an Ebor General. Its nice enough and I am a bit short of Generals. Also just ordered the Warfare Swedish Personalities pack to beef up my generals. 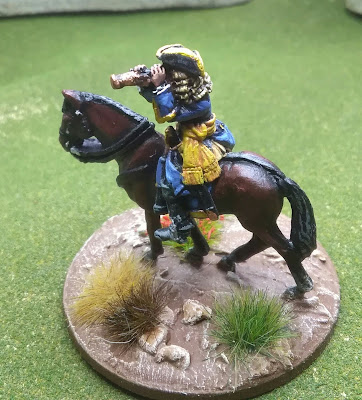 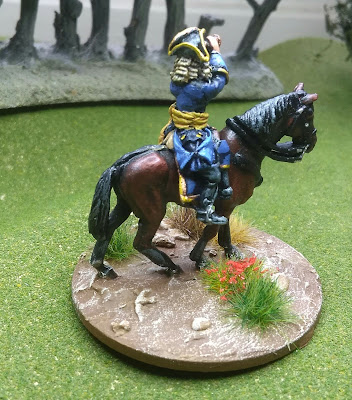 So the Great Northern War project is back. I hope to be able to give you some more finished new units, Jonkopings and more Lifeguard, workbench updates on the Livonians and another playtest in the very near future.

Thanks for reading.
Posted by RogerC at 00:42