Its All About The Swedes

Just to be clear this has nothing to do with football, although I did finish writing it in the build up to the quarter finals. These are the Swedes who rarely got beat!

So after a bit of a break we are back to the Great Northern War project with quite a bit happening all at once. And its all about the Swedes.

Firstly I have got stuck into the Jonkoping regiment. The Warfare Swedes standing in Karpus are perfect for these as they have a band around the front plate of the cap which Jonkopings had in the early part of the war. This unit will be entirely made up of Warfare figures, one of the few foot units all of one manufacturer (although I have another to do) 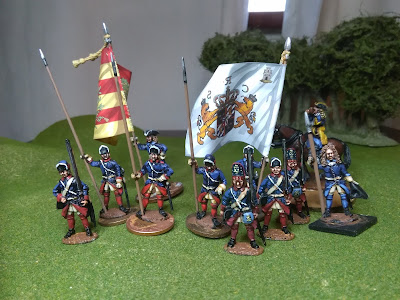 So with 10 of these chaps done, only 8 to go, although the cavalry might force me to put these to one side for a wee bit when they arrive. 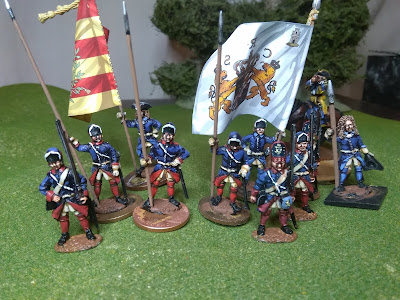 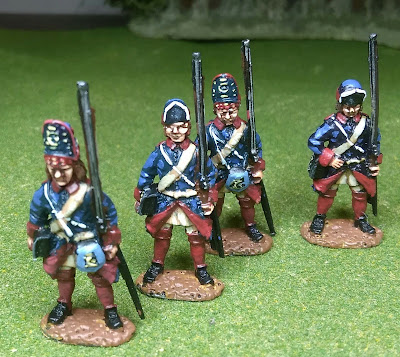 The extreme close ups are not very forgiving and I do find the delicate features of these guys difficult compared to other manufacturers, they are lovely but just dont particularly suit my painting style. 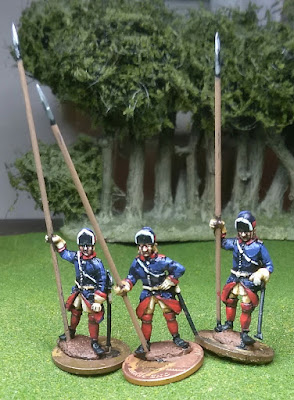 The pike and command came out much better. 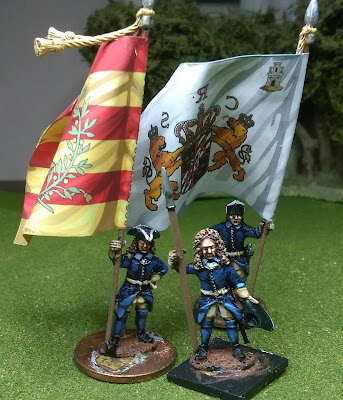 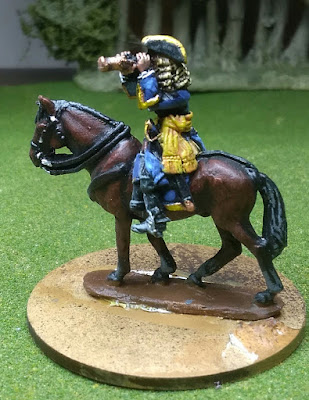 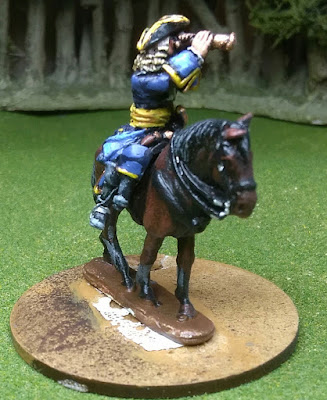 This month also saw the release of Helion's new book on the Swedes, so of course I had to have it. At first glance it looks great, good value with loads of colour plates. I am only half way through and there are a lot of errors but a good read non the less. I will do a fuller review when I finish it. 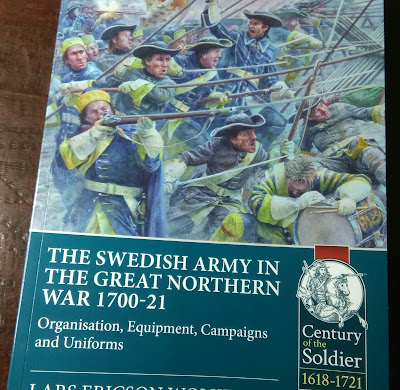 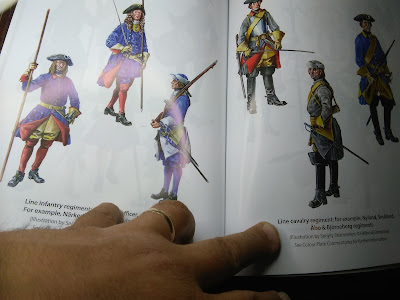 Lastly, and by no means least, Warfare have released the long awaited (by me at least) Swedish cavalry. 8 codes each of 3 figures. You may remember that to give me a head start I painted up quite a few of the single Swedish test figure and soem generic command and hatless troopers quite some time ago. I also have these 9 horses painted and waiting for riders. So Jonkopings can wait whilst the Swedish life guard til hast get finished I think. Watch this space I hope to get them finished in a fairly short period of time. 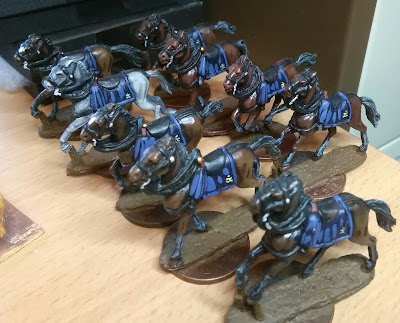 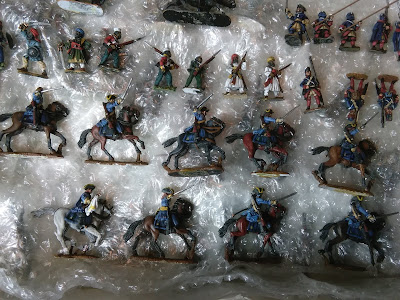 So, a follow up post on the Helion book and another on the Warfare Swedes to follow. Great Northern War project is back on track folks.
Posted by RogerC at 10:20