Having received a unit of Swedish Cavalry from Ebor this weekend and made a start on them I thought it might be useful to share my thoughts in a review and compare them to the Warfare Miniatures Swedish Cavalry whilst I am at it.


I received 9 figures on Saturday (much quicker than expected) one command pack with Officer. Bugler and Ensign and two packs each of three troopers.


First things first, whilst I do like Paul Hicks sculpts and the Ebor figures in particular I had a couple of small gripes about these horse. The separate arm has a small nub but no small hole to fit it to, so a little trimming is required and without the nub and hole it can be a pain to get to stick. Also the figures have cast on saddles (which I like by the way) but the horses have had the saddles they used to have filed down and some of the blankets protrude. You will see this in the bottom 2 of the first pictures of the officer.


Lastly the officer has a sash. I might be wrong but I am sure that the Swedish officers did not wear them.


OK all small things, I actually think the first two look really nice, the test will be how they look when the first unit is completed and based. 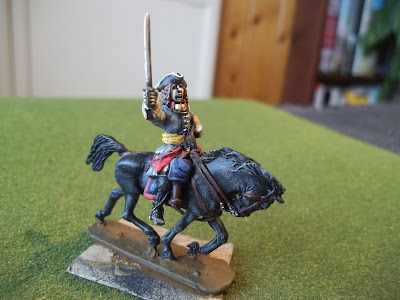 First figures is the officer and I really like this figure despite the above comments. Very characterful. 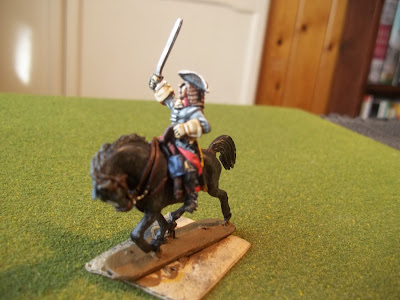 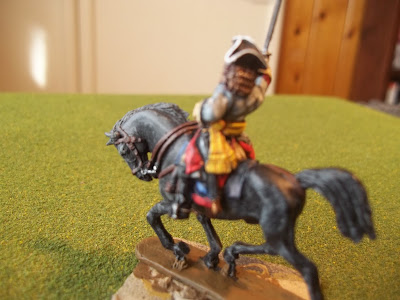 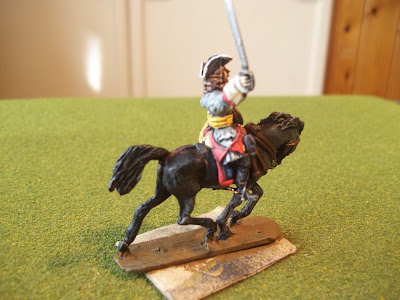 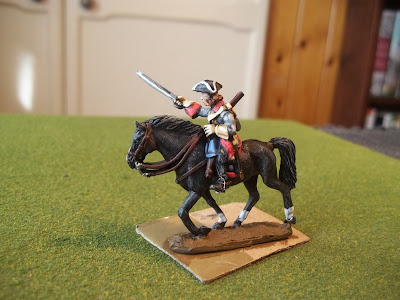 On to the trooper, he is on my least favourite of the here horses, its still nice though. The figure paints up well, not sure I got the positioning of the arm quite right so I may need to disguise this on the base. 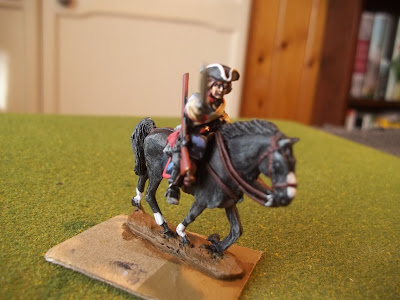 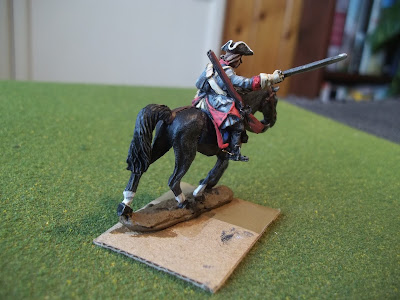 Below is my favourite of the horses where the saddle cloth is easy to see underneath. I don't think it particularly detracts just not sure the designer intended you to see it. 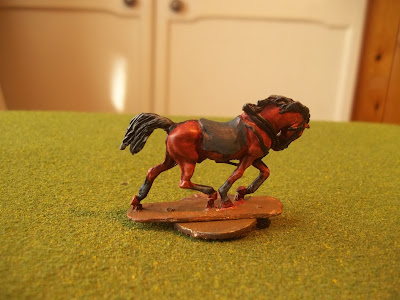 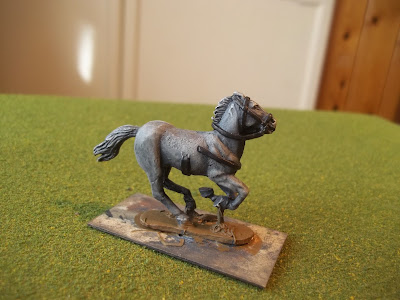 Compare to a horse designed for riders with moulded saddles, by the way I am throwing this one in as it fits the bugler really well and I had already painted it.

Now to compare with Warfare. First thing to say is that Warfare have not officially released Swedish Cavalry, currently its one test figure with separate arms so perhaps not a fair comparison yet. The arm is a much better fit and I do like their horses, they a dynamic, just need to see what variety the final release actually gives us. Below are the three I have painted so far as guard cavalry. 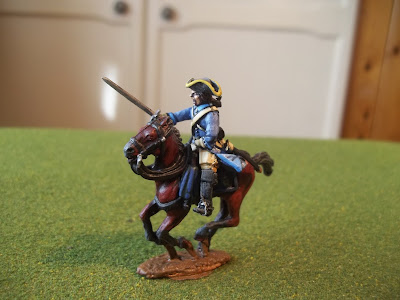 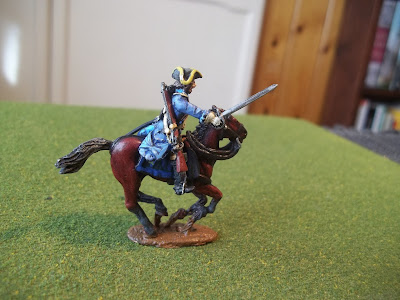 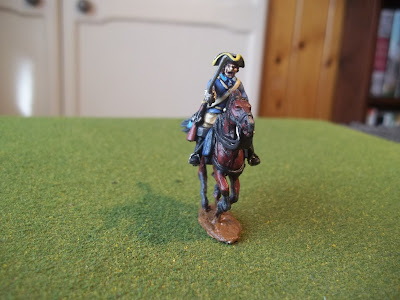 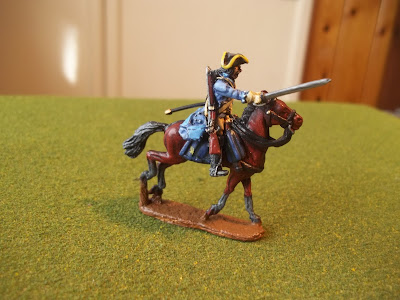 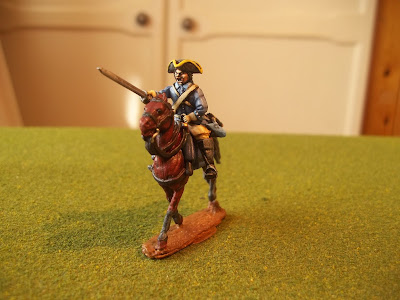 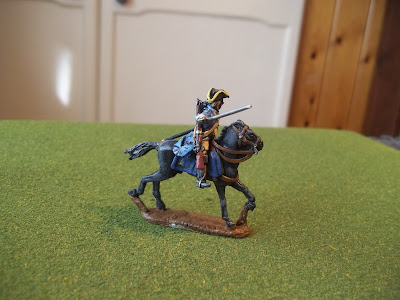 And below a direct comparison side by side. Sorry put away my background then remembered to add this! 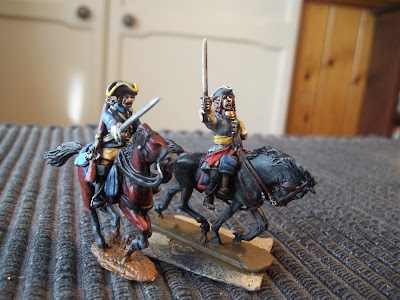 Fair to say the jury is still out. I think I will like the Ebor cavalry and I definitely intend to get two units of warfare for the guard. Watch this space and see how they develop I guess.
Posted by RogerC at 07:12