A Wheelbarrow full of Lead.

You will probably already know that I have been sucked into the world of 40mm Peninsular Gaming and getting slightly carried away.

You may also know that the premier 40mm collection belonged to recently deceased Ian Smith. His wonderful collection can be viewed via Youtube here:

I am lucky enough to be in touch with friends who new I would be interested in Ian's unpainted castings and I am really pleased to have been able to buy a huge selection of castings and at the same time contribute in a very small way to his estate which may help a little in supporting his family. 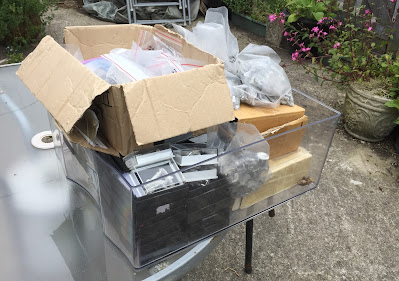 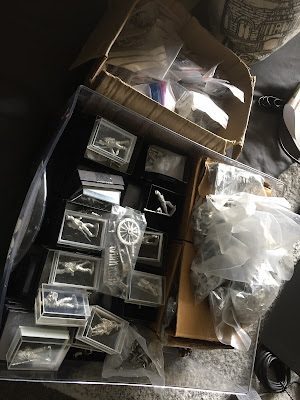 The volume of stuff is pretty staggering and includes a lot of figures from manufacturers I wasnt even aware of.

I have picked up over 160 foot and over 60 horse along with 6 guns and a mountain of spare heads, arms, weapons etc. 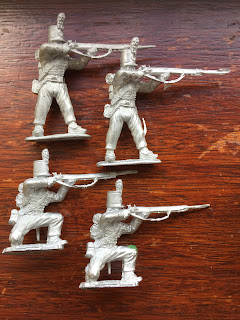 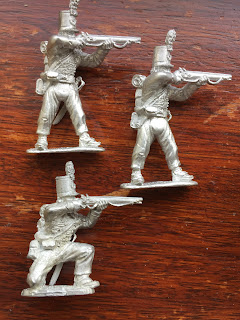 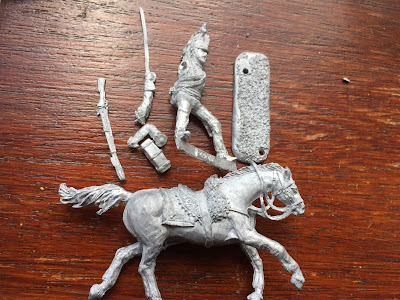 7 British marines to support a naval gun and crew. 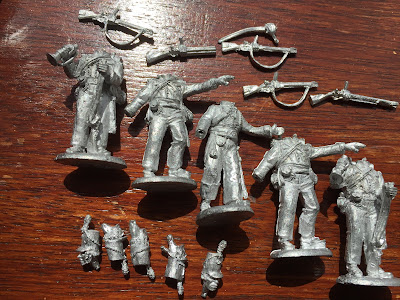 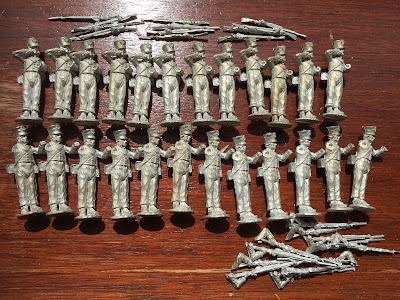 By coincidence no sooner had I got these organised than another bunch came up for sale from a local gamer consolidating his collection. In this case he was happy to sell individual figures rather than the whole collection and that allowed me to fill in the gaps I had with Ians figures, so some more French gunners and British Light Dragoons amongst other things will finish off a number of units. Ian had already started the process of converting some of the Perry figures with carbines to troopers with swords so I have a great head start. 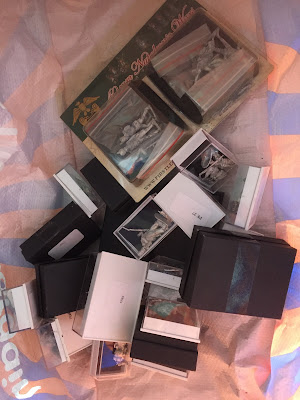 All told I have far more than I ever wanted now and even though I will sell some of the spares the collection will no doubt end up being nearly double my original plan. I doubt anyone is surprised.

So please do continue to watch my progress as this project blossoms and I will try my very best to do Ian proud with the final collection.

Email ThisBlogThis!Share to TwitterShare to FacebookShare to Pinterest
Labels: 40mm