I met up with the basing department and picked up some completed units and part units for the forthcoming game.

This is the second and last unit of Bengal Light Cavalry, I am particularly pleased with the command base. 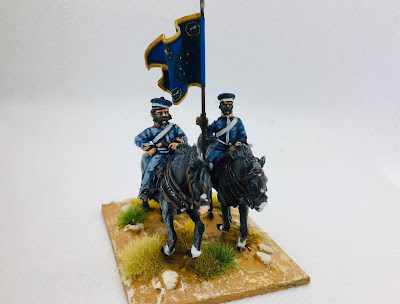 The figures are mainly Empress Indian Mutiny figures so will come in handy for Sharp Practice when we eventually play the later period. The French grey and white with ornage collar and cuffs combine for a really colourful unit. 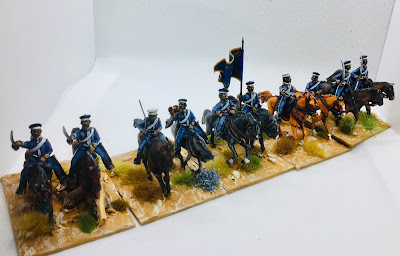 The command figure is the odd one out being a Foundry Officer for this same unit, he doesnt look out of place at all. The figure at the back in a covered cap, whilst Empress, has a Foundry head swapped on as the original wore a turban and didnt fit in. 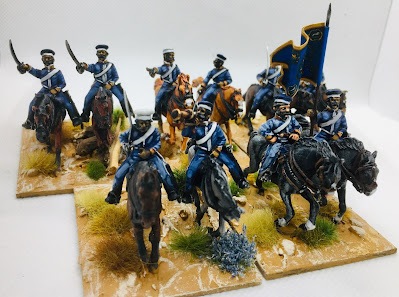 For this particular unit I decided that each troop would have its own horse colour so they are in pairs on the bases, no idea if they did this in practice but European peace time armies certainly did. 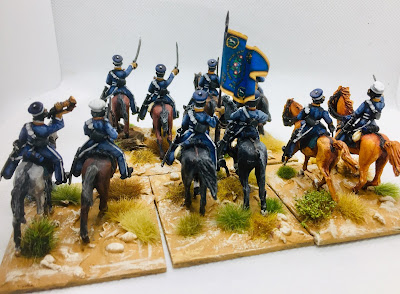 I also have some native troops to share which will finish other units off nicely. 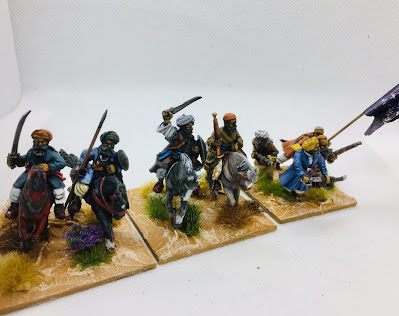 The cavalry will finish off a Muslim hill tribe unit and a Sikh Gorchurra unit. both already part finished. 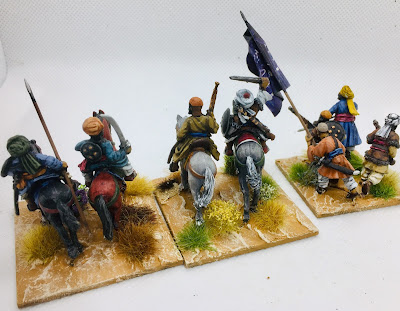 This particular Hill tribe base I quite like and again finished a unit of jezailchis waiting for a leader. 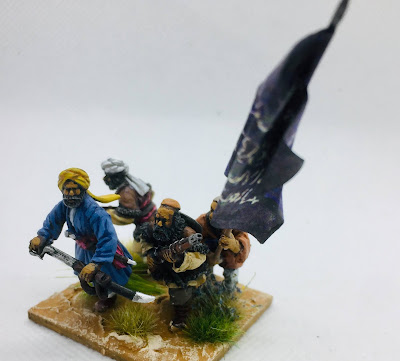 A mix of manufacturers here the leader is Perry plasic, the chap next to him is Foundry, rear left is Studio Minitures and the standard bearer Perry metal. 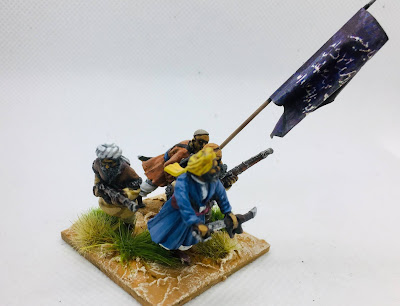 A colourful bunch who will help expand the collection ahead of the game.