So this project has been in the back of my mind for quite a long time too, expensive though so it has been shelved a few times. A couple of things made me re-think it.

Firstly its such a great fit for Sharp Practice and of course the Peninsular is what the game was initially aimed at. Secondly the multi figure packs that Perrys do mean that formations can be done at not much more than 28mm prices (£21 for a pack of 10 identical marching figures with multiple head choices) lastly a few figures on ebay at reduced price giving me a head start.

So I have initially picked up 10 French skirmishers and 23 British Rifles from ebay. The Rifles I will paint up then sell the majority as they are nearly all standing or kneeeling firing, I only need so many in the same position, hopefully that can help me fund some of the extra figures. This initial lot will maybe give me 8 or 9 to start the skirmish screens off. 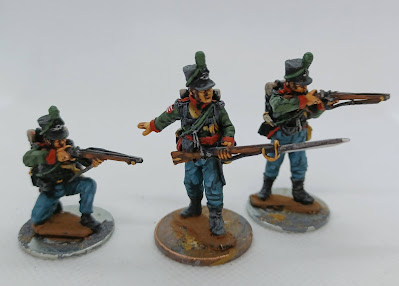 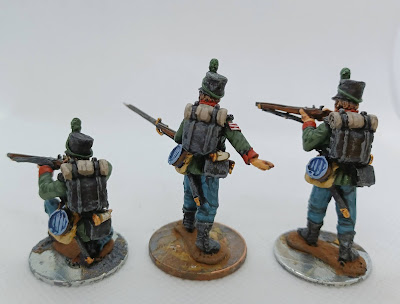 I have used two different cameras so this first lot do look a little paler. 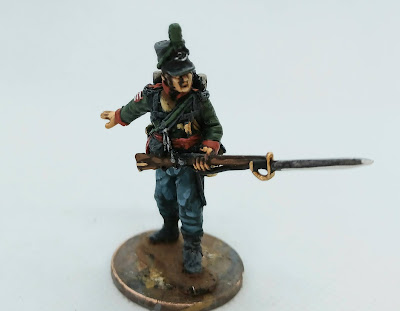 The figures themselves are just lovely and paint up really well. I have finished the first three painted as 5th Battalion 60th Rifles. The Seagent is a particularly lovely figure.

Chum Chris has some oversized buildings that will work.

Inititial thoughts are to have 30-40 French, potentially a mix of 3 groups of 8 line and 2 or 3 groups of 6 skirmishers with command. I may add some Hussars later.

The Allies will be a large fromation of Spanish regulars, maybe 4 groups of 8 then some groups of Rifles skirmishers (3?) and at least one group of Guerillas, if I come across other figures on ebay I will add as I go. So a mix of forces we can use for a variety of games. That all seems pretty managable. 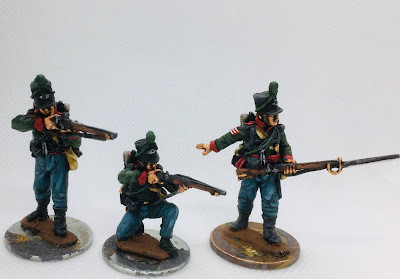 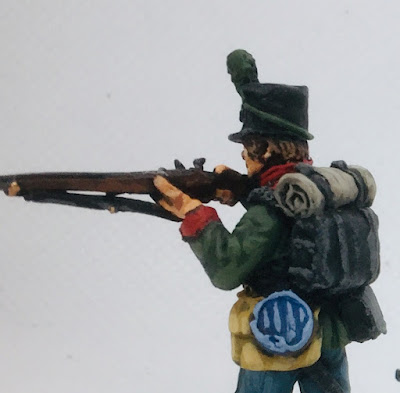 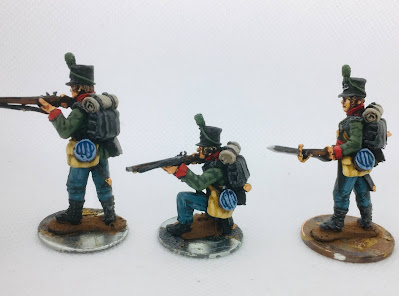 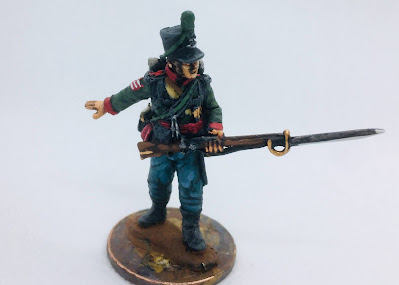 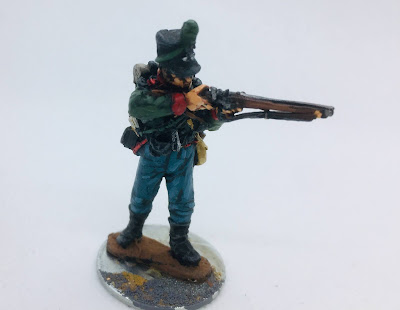 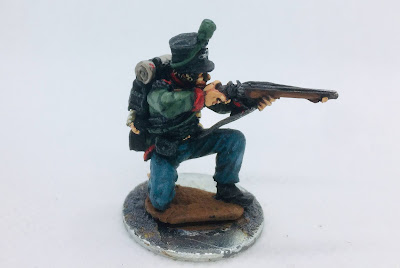 Initially however this is just about enjoying painting these lovely figures, I am certainly doing that.

Four more painted, I am doing different coloured trousers so the same figures are slightly different and I can use more of them. 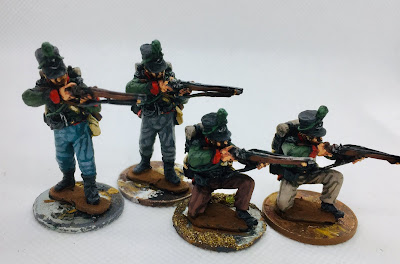 The chap in pale Blue tousers is wearing the early issue trousers the 60th had whilst the first three have the slightly later darker blue grey. They also wore plenty of brown and grey hence my next colour choices. 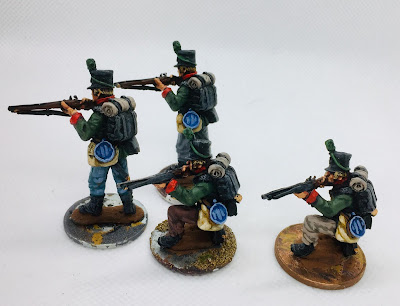 Happy with these, I may try a couple of French next.

A parcel today gives me two more French and 4 Spanish Guerilla's so plenty to keep me busy between working on the Sikh Wars project.

Watch this space for updates.