Cracking on with a little more of my own basing whilst the department is busy, the Bengal Europeans were my next target along with some other figures.

Also as I have changed jobs (again) had a little play with the new works mobile to see what its pictures are like. 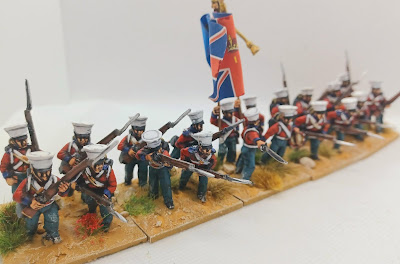 These first few are from my new works mobile a Samsung, a lot softer than the iphone pictures I quite like them. 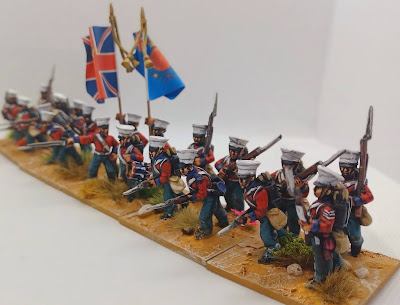 The Bengal Europeans are mainly Wargames Foundry Opium Wars figures with a smatterign of Perry Carlist Wars British Marines fleshign them out. I have clipped the pompoms off the shako and scraped away the badges so I can get the effect of a cvered shako, simple but effective I think. 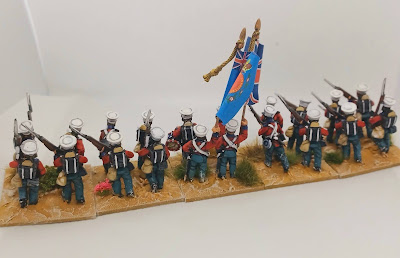 The Bengal europeans have a wing on the shoulders as a nod no doubt to their status as light infantry, I considered adding this with green stuff but declided it was a lot of work for little benefit and decided to go without. Apologies to the purists. 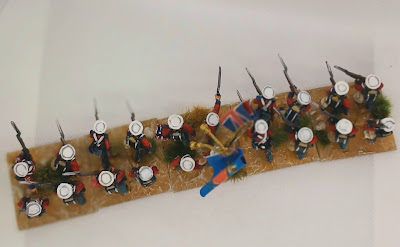 Iron Duke will no doubt release soem in due course and I will be left with a choice of keeping these or buying some new ones. Hopefully these will be nice enough to pursaude me to stick with what I ahve. 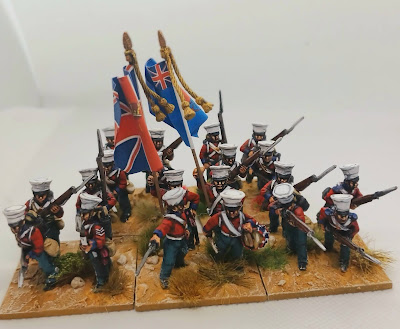 The flags are from the large set of flags sold by the virtual armchair general and whilst I do prefer textured flags these have the advantage of coverign the whole of the forces involved and still beign quite nice. 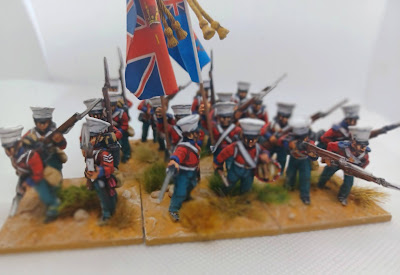 The old Iphone is a bit sharper and darker. I still likethe picutres so may flit between the two cameras. 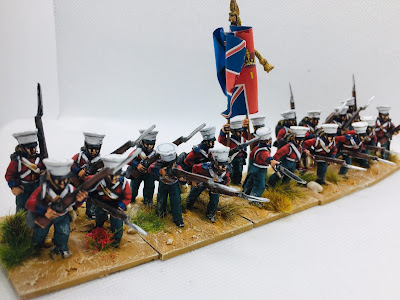 The Seargent on the far right is one of my favourite figures from this range, steadying the troop just as the officer is waving them forward. 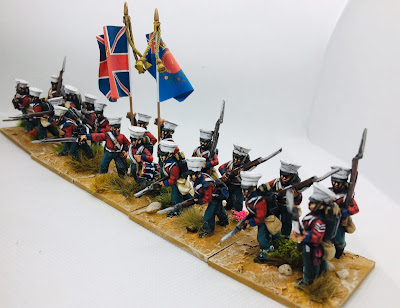 The finials for the flag poles are from Front Rank, I do like adding finials to the Queens units. 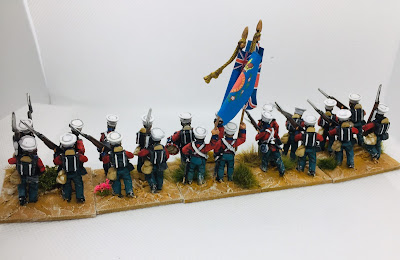 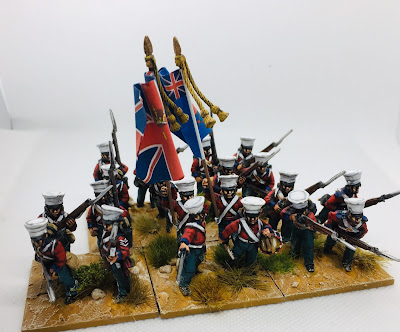 I also decided to base up the Sikh Curassier and I am happy with how these came out. 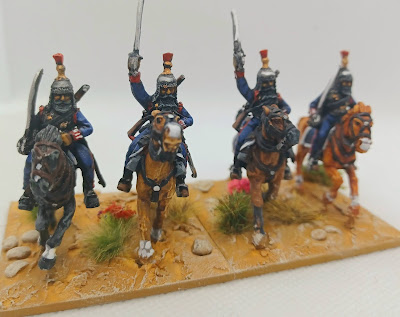 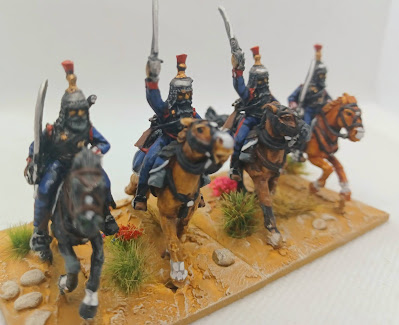 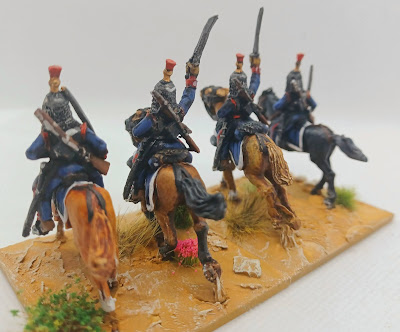 I just need to find which box I put the other six in now and unite them with their brothers in arms. 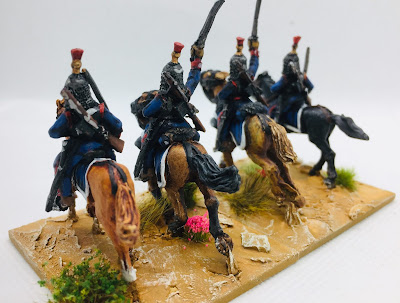 Again the iphone is sharper but much darker. On balance the Samsung is a nicer image. 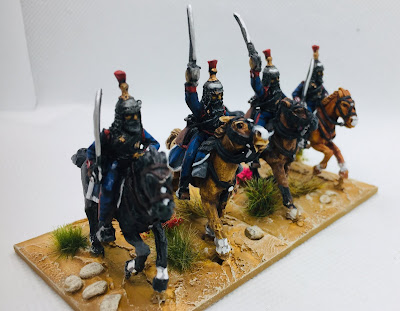