These are one of the highlights of the Sikh army to mymind brightly coloured native troops in armour with bright banners and horse clothes, these do look awesome. 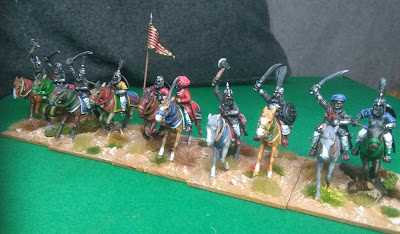 This unit like many of the others are all from the Wargames Foundry Sikh Wars range, other than third in from the right who is actually from the old Afghan range. However I ran out of horses so pressed these Saracen horses from Black Tree into service, they work really well but are both a little big for this collection and a bit weak at the ankles (I had to bolster one horse with logs around its hooves to stop it snapping off..

From the formation of the SIkh state these armoured noble cavalry were the mainstay of the armies until Ranjit Singh imposed a modern, European trained regular army on the Sikhs. 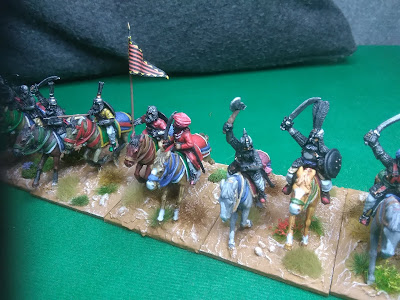 These are the last of the armoured cavalry I have (so far) and last but one of the Sikh irregular cavalry units. One more lot of mainly Muslim light cavalry to paint up 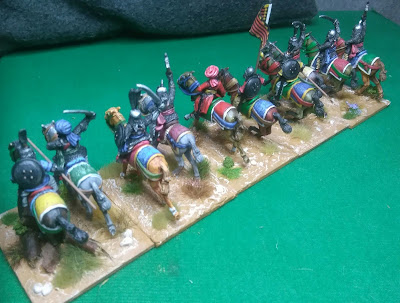 Mind you never say never, I love painting irregular cavalry and Sikhs had a heck of a lot of them. 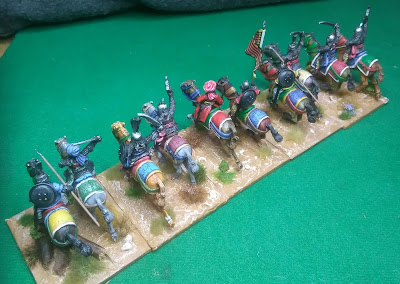 They are of course really useful for earlier periods, especially with lots of the lighter horse and maybe mixing in some chaps with moustaches so they look a little less Sikh. We could easily use these guys at Seringapatam or Assaye for instance. 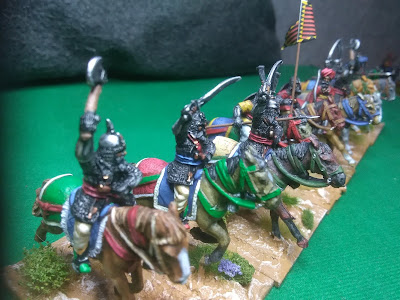 Although the horses areBlack Tree they figures fit onto them really well indeed. 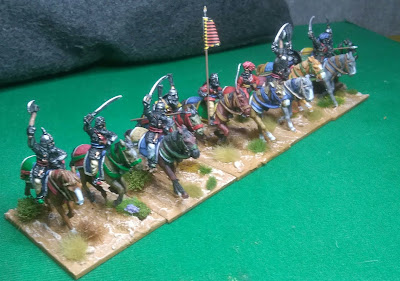 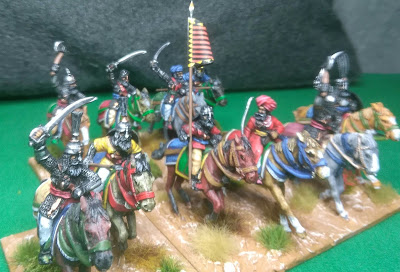 I do ahve a lot of cavalry now so maybe worth pressing on with some more infantry for both sides. Possibly a bit more artillery would be nice too. Much closer to enough for a decent game.


Watch this but maybe this month is realisic for the next game with these guys.
Posted by RogerC at 10:35