So after a couple of months off the baing department nipped home and dropped off a bunch of figures mainly for the Sikh Wars and Elizabethan Ireland Projects with a few Bronze Age figures for flavour.

So an opportunity to share with you the extra figures for these collections.

First off the Sikh Wars figures. 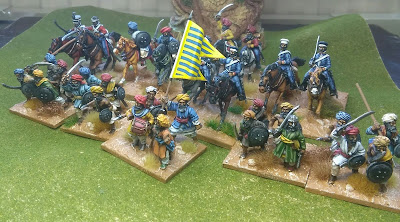 My first unit of Bengal Native Light Cavalry has been made up from Iron Duke miniatures, these four finish the unit off, the chap in a white cap was actually a mounted native infantry officer, I had already painted him as a cavalry officer before I realised but I think he still looks fine! 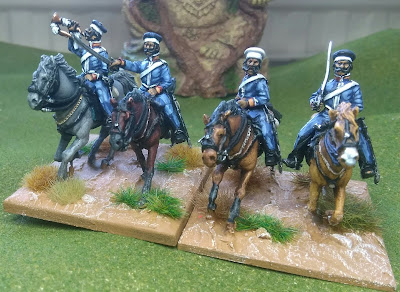 Adding to the rest of the BNLC that gives me a finished unit of 10 which I am really pleased with, the sculpts are  great and I am really happy with the colours for the uniforms. 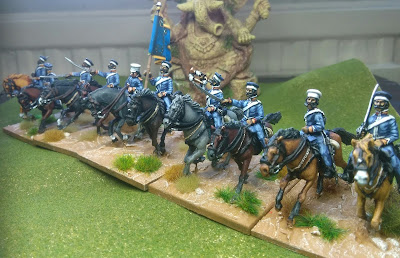 The first base of Sikh regular Dragoons based up, a few more of these to paint before I can base the rest up and have a unit on table but again really pleased at how well these quite old figures have come out. The Foundry sculpts are still fantastic if a little small. 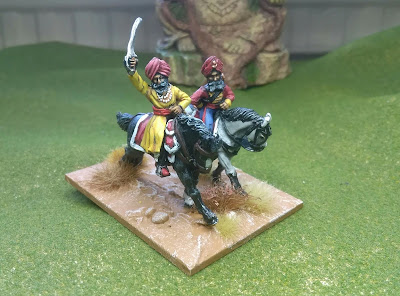 A couple of Afghans to start off another unit of Sikh irregular cavalry. In this case a Foundry figure on a Perry horse and a Perry figure on a Foundry horse, I think they work really well together. 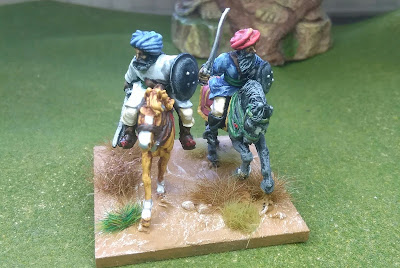 Although I have now painted all ten of my Govorner Generals Bodyguard, these are the first two based, I imagine it will be at least a couple of weeks before the rest return from York with the basing department and take their place in the ranks of my HEIC forces. 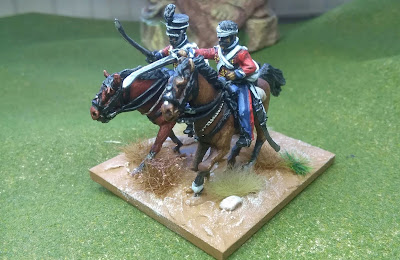 I am particularly pleased with this unit of blade armed Sikh irregulars, all of them from the Foundry Sikh Wars range and purposely very colourful too. 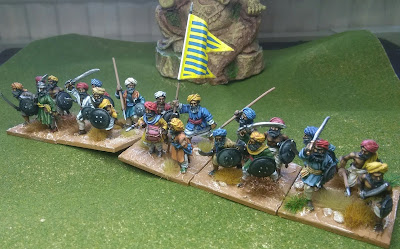 Quite how useful they will be against British volleys remains to be seen. 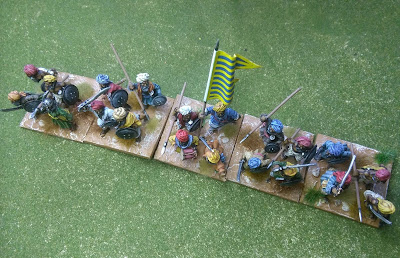 The latest Irish figures almost finishes the Irish part of this collection, I will have to do some "team photos" some time soon. 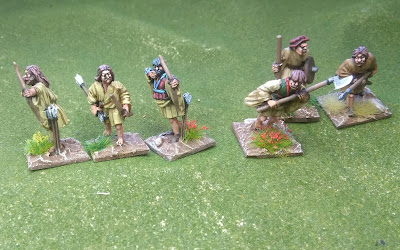 The archers finish off a single unit of bowmen, along with the javelin armed unit and the shot this will give me plenty of skirmishers I think. 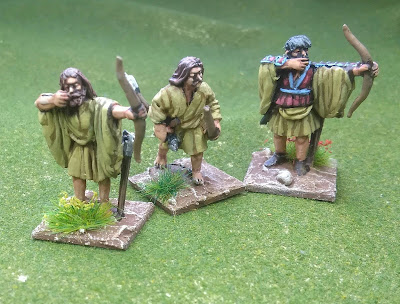 These Kern will finish off a unit of Bonnaght with their slightly heavier weapons, really happy with the Perry figures but not so much with the head swap to the crusader chap in the middle. The idea was to add an Elizabethan cap to set them in that time period but I am just not sure it worked, oh well, may just need to hide him at the back somewhere. 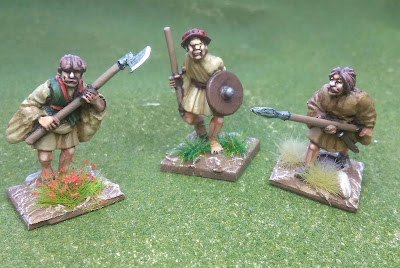 These two English fellas are from the TAG Dutch Militia packs, really nice sculpts, I still have at least a dozen English to do along with the dozen or so that have just gone back to York with the basing department. 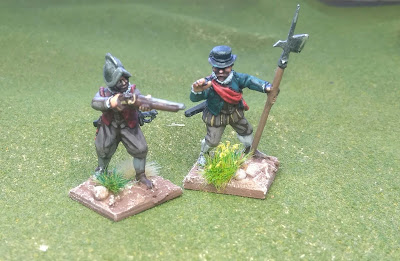 Bronze Age! I have not touched these for ages, however the gift of an Irish Cheiftain from chum Chris got me back in the mood to finish a few off, starting with this horseman who came out quite well I think. 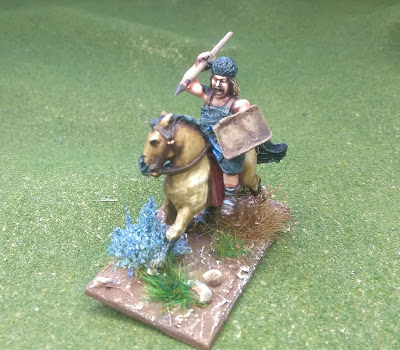 The slingers are head swaps which came out OK but not great, the originals had beards and as most slingers for this army were boys I wanted to make them look the part which I think they do. 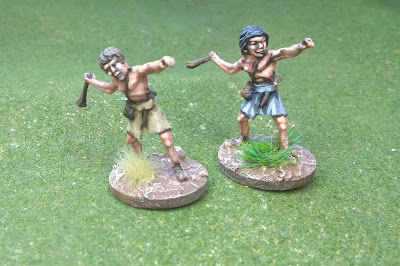 More skirmishers with the middle figure having a head swap and additional javelin added, funny how I didnt notice the paint blotch on the left hand figures cap until posting the pictures, the downfall of close ups. Doh! 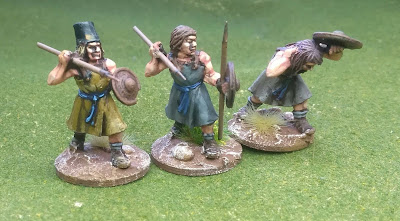 Lastly some heroes and command figures. Again the Foundry Bronze Age are an old range that have stood the test of time, the right hand figure has a head swap, the chieftain is a Northstar figure, I really enjoyed painting this one in particular. 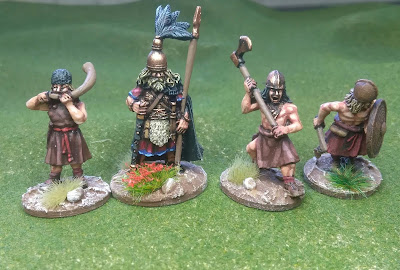 And here are the bronze age dudes all together, not a bad little addition to this small project. 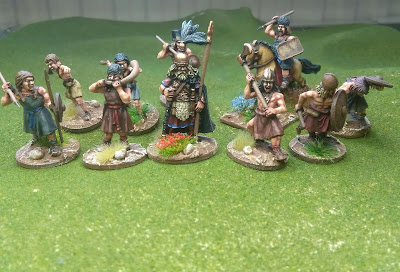 Hopefully some more from the basing department in the coming weeks.
Posted by RogerC at 09:49