When I picked up the Hudson and Allen Fortified Manor I also got hold of a few other items including this small walled farm.

I had planned to use this for Ireland for which I think its a great fit and also for Border Reiving in the Elizabethan period, however I think it will be a fantastic fit for next years new project which is a little later and a little further north. More news on that later. 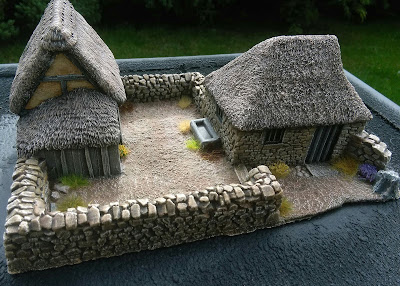 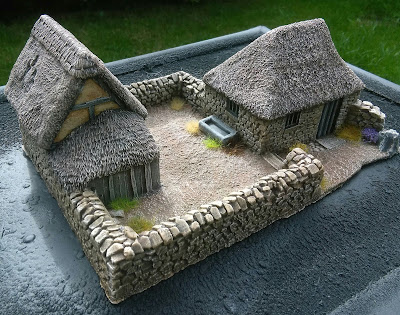 The model itself is fantastic I really love these Hudson and Allen models, they are very light but very, very well sculpted. They also paint up very easily. 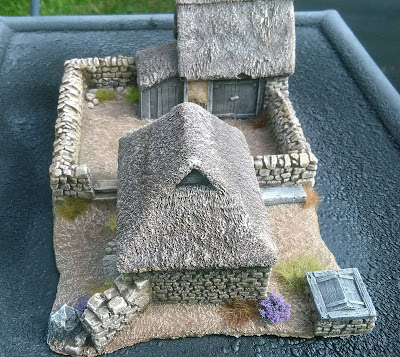 I decided to take pictures outside and take advantage of the natural light,  think they captured the model really well. 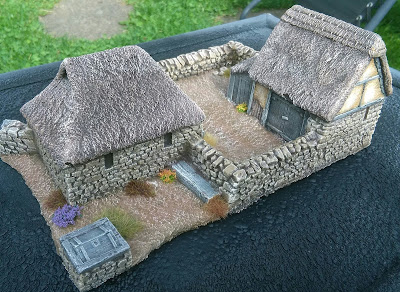 There is a minor bubble in the sculpt on the roof of the barn on the inside edge. I added some liquid green stuff and whilst its still there I dont think it looks too bad. 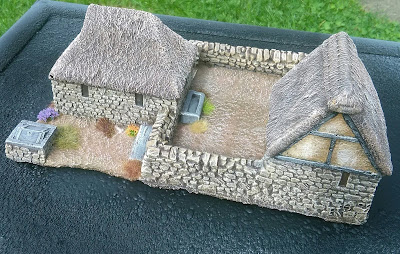 I used a few tufts to add a bit of life and colour, mainly in the niches where weeds tend to grow in my garden. 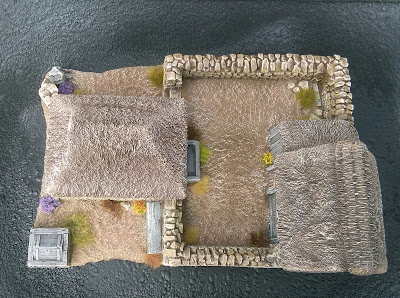 The little farm house is enitirely stone but the barn is half timbered. These are marketed as late medieval which is bang on but I personally think you can use them for much later too. Particualrly on the fringes of rural society rather than the towns and cities. 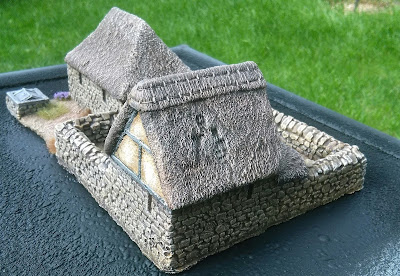 I particularly like this model as the yard is just big enough for a few figures to defend it and the wall low enough for firing figures to look natural posted behind it. 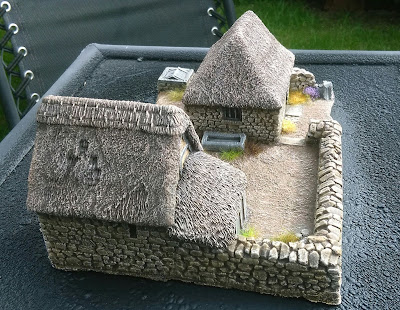 I look forward to getting an opportunity to use this in the near future. Probably first time around for some Irish Kern to reive a few cattle. 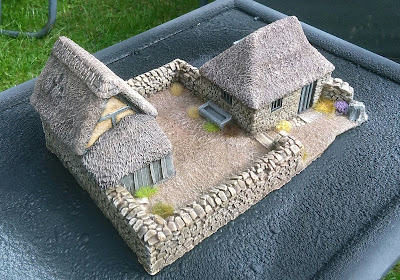 I have the big Inn to paint and I may have a go at this next, its a massive peice and quite daunting but this one has given me a taste for painting buildings again. I will do some shots of the process on the netx one and which paints I used too for anyone interested.