No this is not a case of All Quite on the Preston front, its a different North West.

With a "The Men Who Would be Kings" game coming up I wanted to get a few figures finished for it, it was planned as 1919 Third Afghan War. So I managed to paint but not quite base these two Mounted British Yeomanry figures converted from Perry's WW2 cavalry for Syria. The wide brim to the helmet is a sunshade. I really like these and have 4 more to paint all with head swaps for the earlier sun helmets. 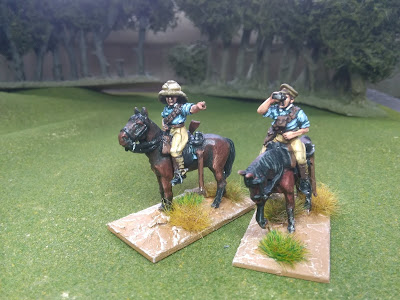 I also managed two Pathans, these are in typical faded drab clothing and carry modern rifles. Both from the Empress Jazz age Imperialism range. This gives me about 10 armed with modern weapons and another 10 to paint, I may stick with that and use the earlier troops to bolster my forces, famous last words, lets see. 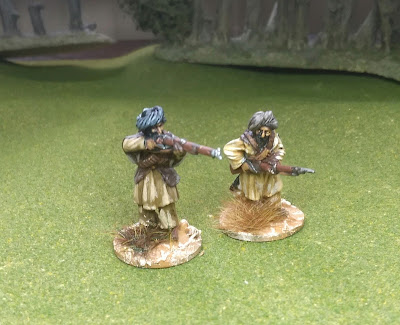 I also got this chap with a Lewis gun almost finished too! I do like this pale blue grey colour "fog grey" I have lightned the highlights on it almost to white to have that washed out appearence, I have used it quite a lot on this latest bunch of figures coming off the workbench. It also works quite well for the British army shirts as the final highlight. 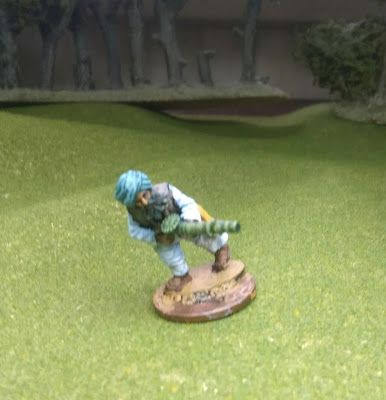 Having started on Afgans I decided to crack on with some of the tribal types outsanding for my Sikh Wars project.

I decided I would keep this post in draft for a week and see what I managed to paint up.

These three kind of fall into that category, the chap at the back is an old Foundry Afghan whilst the two at the front are Sikh irregulars. All a good fit for my irregular forces. 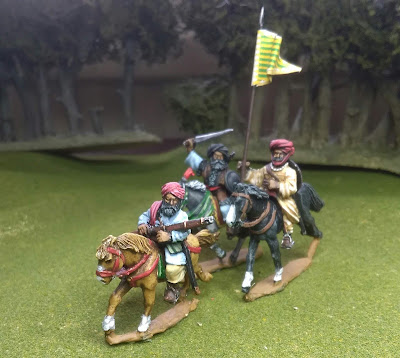 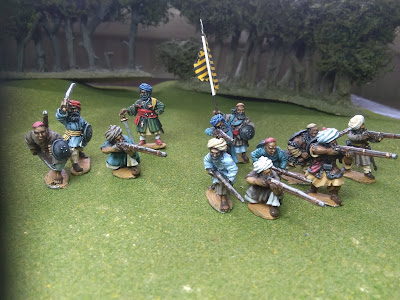 So whilst on with these I though why not add a few artillery figures, below are one each of Sikh horse and foot artillery, happy to just add odd figures here and there until I have a few and then start finishing units off. 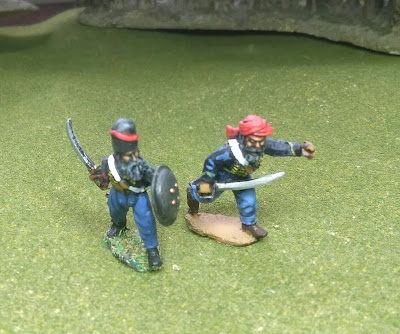 Inevitably this led me to expand my East India Company forces by adding a few more Sepoys, currently these forces are outnmbered more than three to one and I have no where near enough for  a game. Again these are all Foundry except the wounded officer who is a Studio Miniatures figure. The chap in green leaves me with a dilemma, the company native battalions had started a process of moving some light companies to green uniforms and some of those armed with rifles. Even by the mutiny this process was not complete. My first unit of Sepoys has a stand of 4 in green as a nod to this, however this chap is the last flanker I have in covered cap and will look odd mixed in with the red coats. I may have to repaint him or add him to a third battalion which will be mainly in shako's. I wont decide just yet. 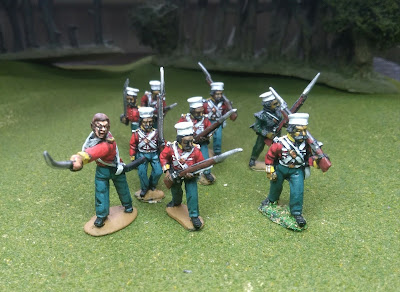 So I did say I would add pictures as I got stuff painted and I have a bunch just varnished to share, Expanding on the 2 Sikh Gunners I have anther 6, mainly horse artillery, these will be three man crews on small 6 pdr guns. Two more figures will give me three crews. As the Sikhs had more artillery and heavier metal I will make a few of their batteries 3 instead of 2 guns to beef them up. 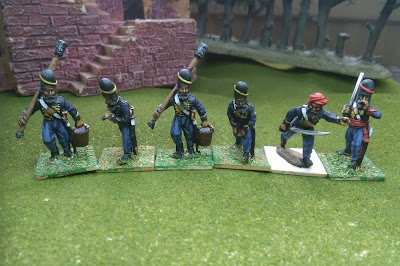 5 more Sepoys, this next battalion is well on the way, Foundry figres with an Iron Duke Havildar. 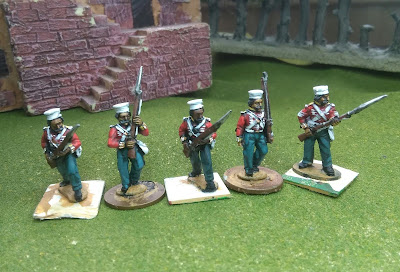 4 more irregulars, you can see here the simple colour pallets I use, added to the other pallets they will be mixed up on bases to give a very irregular look. I will have one or two units with just bladed weaons as well as the matchlock musket units. Again all Wargames Foundry. 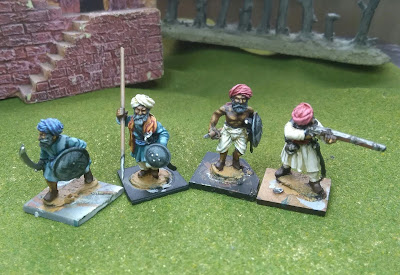 This irregular cavalryman is an Afghan rider on a Sikh horse. Some nice colour contrasts. 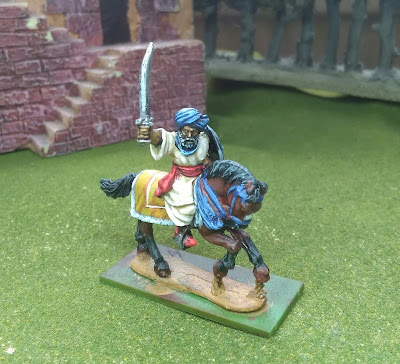 Now the Bengal Native Light Cavalry have been sat for some time waiting for me to get around to them. Mainly Iron Duke figures with a British Officer from Foundry added. These are really lovely figures, two more on the table, really not sure why it has taken me so long to get into these. 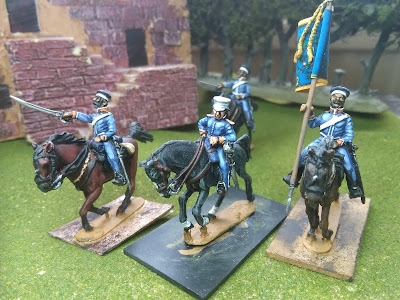 A couple of Sikh Regulars to kick off the next regular regiment, although painted as the same unit these are two different manufacturers, Studio and Old Glory. I dont really think they fit together but I have enough to do a seperate battalion of each manufacturer which might be the way forward. 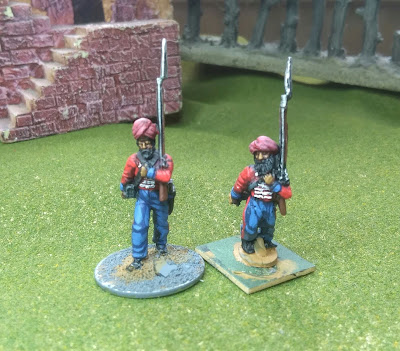 And lastly a pair of British foot from the 31st regiment with buff facings. Again Foundry and still really lovely figures. 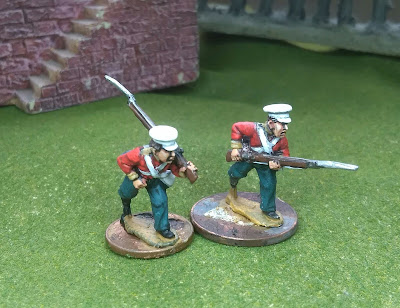 I have dropped all these figures into the painted figure box until I have enough to finish units and start basing them up. Not bad for a weeks work. 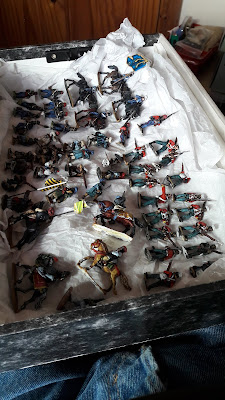 So there you go, a busy week in the strange mind of a wargames butterfly. Hope to have some of these based up and shared in units soon and hopefully a game by Autumn. Lets see.
Posted by RogerC at 02:14