Workbench update, back to being a butterfly

I have not had an update on Great Northern War for a few weeks. I have still been busy, indeed I have two extra units painted, but after getting the Swedes to a point where the Foot are almost there and the Horse are waiting on the next release from Warfare (hopefully in the next few weeks) I have allowed my inner Wargames Butterfly a little bit of release and here are the results so far.

After returning from Krakow it only seemed right that I paint some 1919 Polish Legionaires. I had the idea I could et enough done for the game planned last weekend. When I realised this was not going to happen I parked the rest of these guys for the moment. 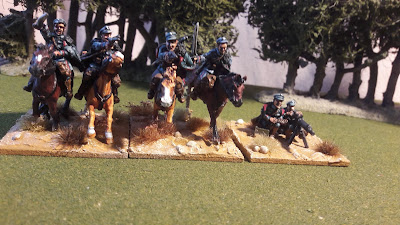 I decided I could finish off some more GNW stuff so I painted the ensign for my next unit of Saxon Horse. I got the other 8 primed but the butterfly took over. 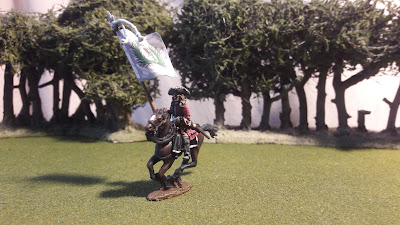 So next onto a unit of Swedes, a Tremanning Regiment I had made a start on. Really pleased I managed to stick with these until painted. I think they are going to look really good once based and mixed in with all the blue faced yellow units. 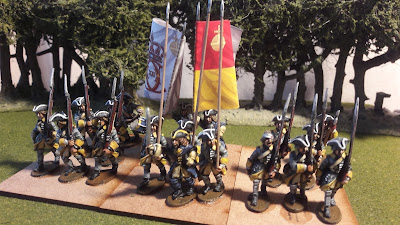 In preparation for the release of Warfare's Swedish Horse here are 4 Troopers for the Livonian Adelsfana waiting for the other 5 of their comrades to be released. Grey faced yellow again being a changes to all the blue. 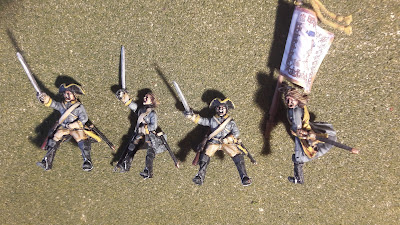 At this point the Butterfly really started to take over. Sikhs I thought, but only managed one before being distracted. 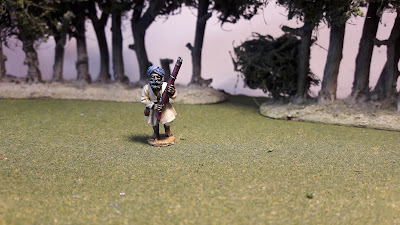 Then I thought El Cid would be a nice change, I started with 4 Muslim cavalry, then moved on to 2 Christian foot and back to the Muslims for 2 spearmen and a Nubian. The, yes you guessed it I got distracted. 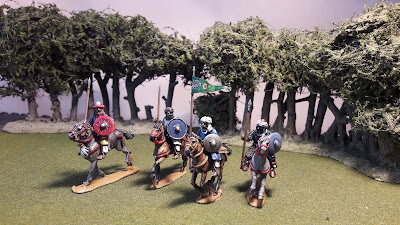 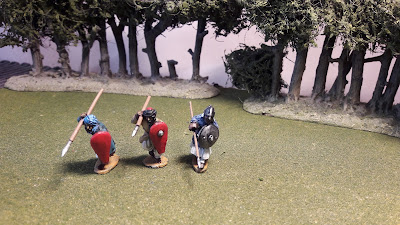 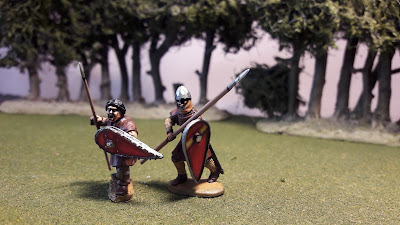 I returned home form the Russian Civil War game on Saturday enthused with revolutionary fervour and immediately started to analyse what I needed.

Now I know needed is a relative word in our hobby so let me expand. When I first started this collection they were individually based in units of 10 or 12. Having moved to Triumph of the Will I need units of 8 typically. This means that rather than paint new units I can take to spare figures left over as the start of a new unit. So I then found I had 9 Tsuba Miniatures 1904 Russians who looked ideal for one of the colourful regiments with their peakless caps so ignoring all the easy to finish units I ploughed straight into the Drozdovski  Alongside these I finished off a unit of Reds with the figures for their command added a figure to a unit of dismounted Far East Cossacks. 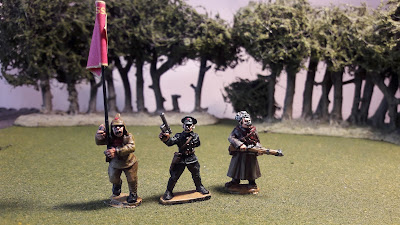 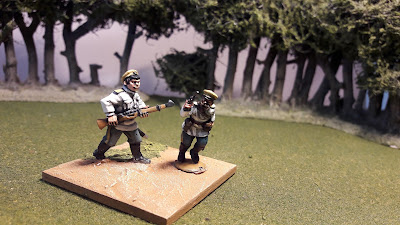 You can tell that the original figure to right was mounted without removing the penny he was mounted on! Not helped by the Footsore officer being slightly smaller anyway. 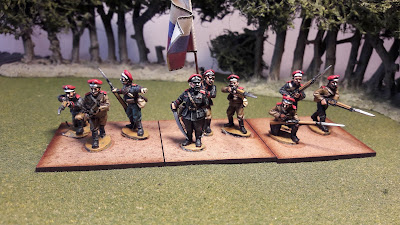 I am particularly please with the Drozdovski figures and I ma on with my next unit of White Russians. I have also ordered a few more from Leonid, a gamer from St Petersburg who has produced some figures of his own to compliment Copplestones range. There are pictures of his figures on the Lead Adventure site.

So that leaves me with a significant volume of painted figures, I now just need to basing department to come home and get stuck into them so I can share the finished product with you. 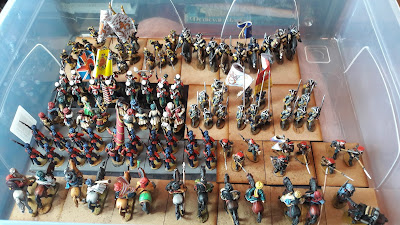 So that's it for now, not sure whats next at the moment but watch this space.  Thanks for reading
Posted by RogerC at 09:44