The basing department has put a couple of units over the line for me, here is one I did from scratch over my minor recent Butterfly period, which I am still partly caught up in.

The Drozdovski were initially a regiment of officers without their own units, eventually developing into their own division. Many early Civil War White units were filled with officers fighting as troopers as their own units had mutinied at the end of the Great War.

It is likely that most did not have the black uniforms depicted in many of the images available, but I do like this uniform so decided that some of my unit would have elements of this. So the commander is all in black but his troops have a mix of Khaki, black and even a couple of officers blue/grey sharovari trousers. I am quite pleased with the overall effect. 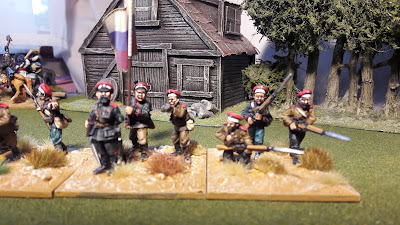 The figures are mainly Tsuba Miniatures by Paul Hicks with a couple of Copplestone additions. These sculpts are just lovely and the peakless caps particularly useful for this unit. 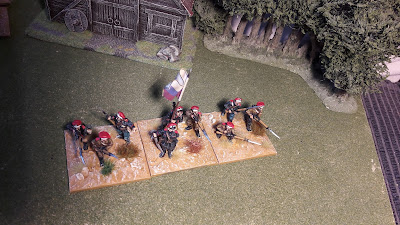 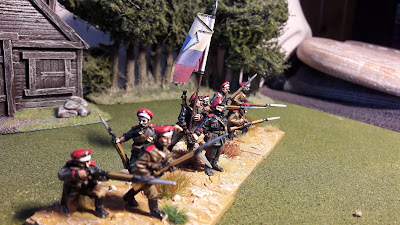 Its been a while since I painted any Russian Civil War figures and our recent game has inspired me. As my units are now typically 8 figures strong and for my old rules often were in 12's I am taking the "spare" 4 figures and adding to them to create more units. Its a quick way to get a few more on table. 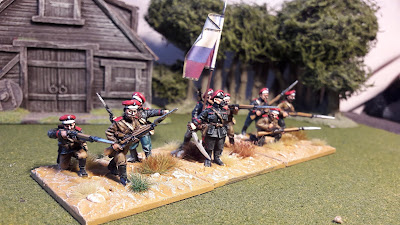 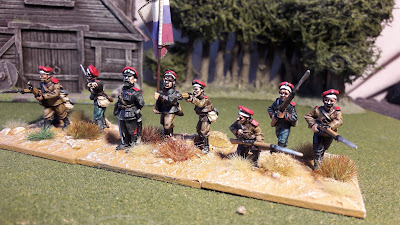 Next to share will be the last of the Swedish Guard's and some Sikh Cavalry.

Email ThisBlogThis!Share to TwitterShare to FacebookShare to Pinterest
Labels: RCW