I dropped the basing department back off at University this morning in not so sunny York and picked up the latest units finished. For the first time I had nothing completed myself to leave her with due to my lack of painting over the last couple of weeks.


We will come back to the Cossacks but for now I have my latest unit of Swedes to share.


Below is the Upplands Tremanning Regiment. Most Swedish regiments were raised on a regional basis with each large farm or small village being expected to provide two men to their local regiment. These men would spend a good part of the year still working the land but enough time each year training that the country could raise a well trained army quickly without any huge economic impact (at least in the short term). This typically provided two battalions per region.


A Tremanning regiment was a "third man" regiment raised by calling up more men from each farm and village, later int he war the Swedes resorted to Femanning Regiments, using up the fourth man on any farm or village.


In the early part of the war many of these had grey coats rather than blue and I have chosen to represent the Upplands troops in this earlier war uniform. 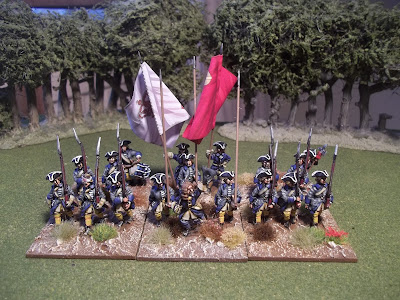 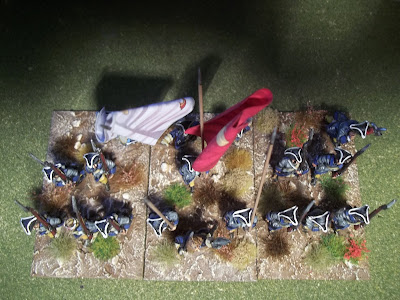 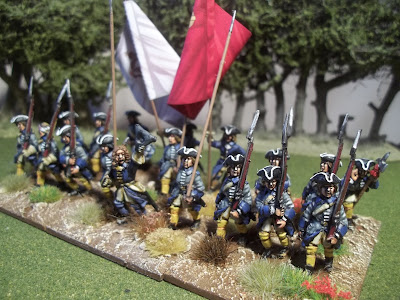 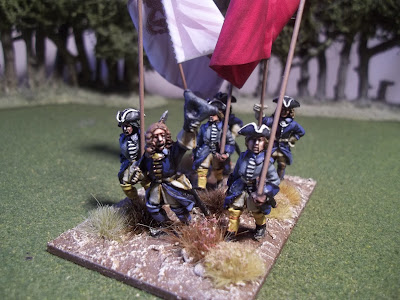 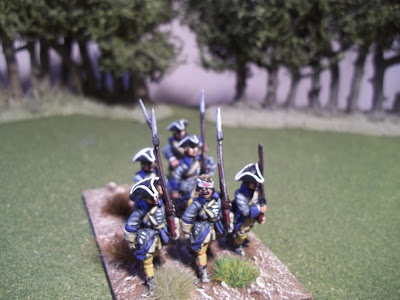 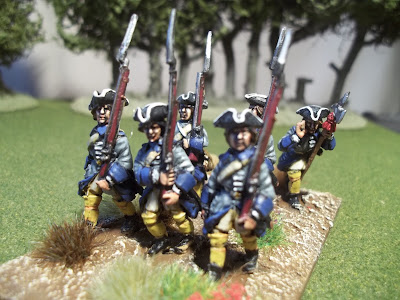 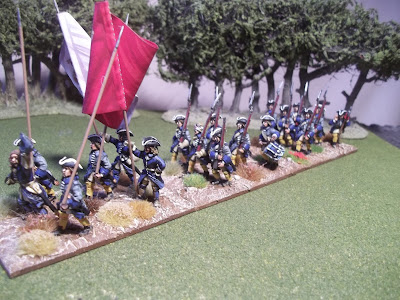 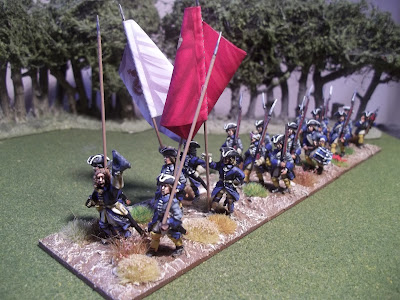 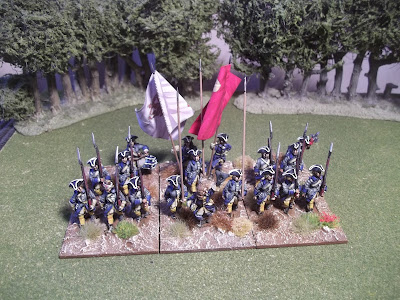 I do like the grey uniforms and the difference this makes to the blue from the rest of the army. The yellow and blue also adds a splash of colour. The Tremanning units saw a lot of action, there were Tremanning units at all the major actions, during the invasions of Scania by the Danes the army was almost exclusively Tremanning and Femanning regiments.


I will be posting my fourth Cossack regiment later in the week with a couple of shots of the whole brigade.


Until then thanks for reading as always.
Posted by RogerC at 03:29