First 40mm Spanish Guerilla's based and a change to Skirmish basing

I now have enough Spanish Guerilla's to make make it worth while basing them. However a trip over to Steve's showed me how vulnerable to damage singly based figures are, so after re-painting some to cover the damage I have decided to rebase all my skirmishers onto 40mm round bases with two figures per base. Only leaders will remain singly based.

I set up a quick photo shoot again using towels in the bedroom. The lighting works well and its about the figures not the terrain. 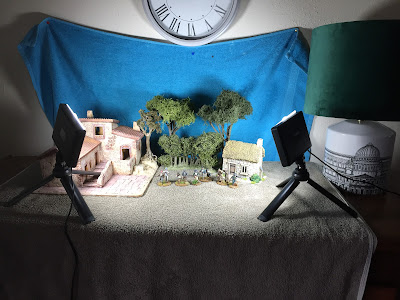 I have 8 Guerillas and 2 Leaders so far, a mix of Perry and Sash and Sabre miniatures, I also pressed a resin cottage into service which fts in quite well size wise.

This left hand figure is Sash and Sabre and I am quite pleased with him, the other three are Perry with the figure in Bonnet de Police being a head swap. 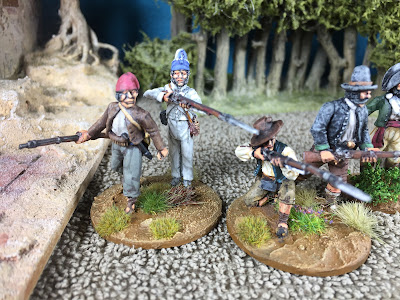 The leader is also Sash and Sabre, not a great figure but ok for now. the last base here is a Sash and Sabre figure with a Perry kneeling firing. 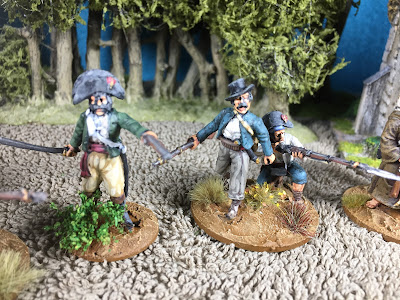 I thought the monks might look good based together, both Perrys with a further Sash and Sabre commander, much nicer figure this one, the hands and weapons come separate and I think the pair of pistols works really well. 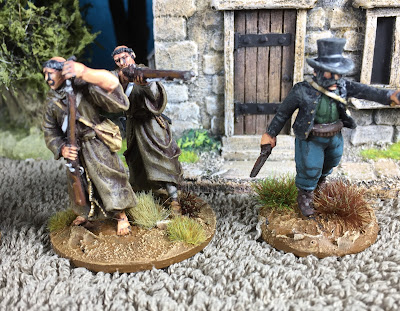 Here are the leaders again, I much prefer the left hand figure. 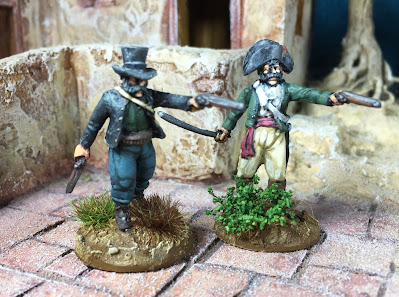 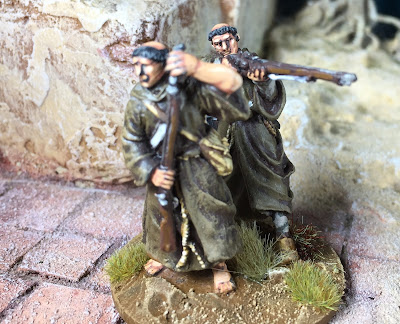 Lastly a shot of the first six man Skirmish unit of Guerillas, I intend to have 3 of these. 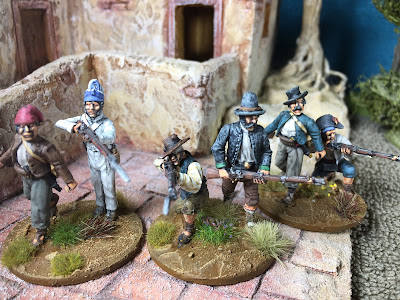 The French have been re-based, I actually think they look better as well as being a bit safer. 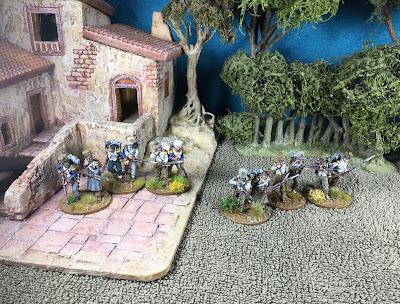 I can pair them up in a way thats a bit more visually stimulating. Works for me anyway. 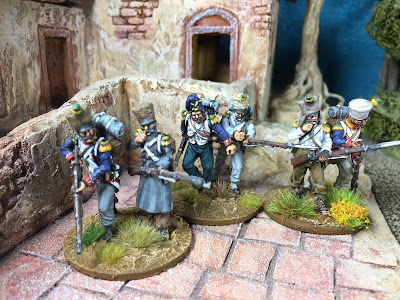 These are all the voltiguers I will have with my line, I will though have plenty of Legere in skirmish order soon too, two maybe even three units. 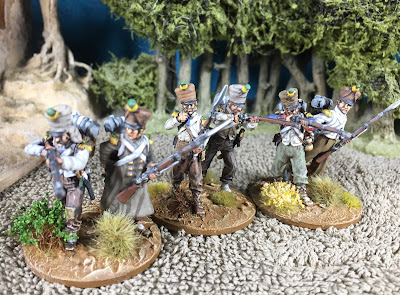 Lastly rebased are the 60th rifles. Again, I much prefer the look of them in pairs. 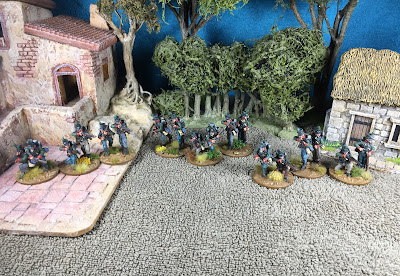 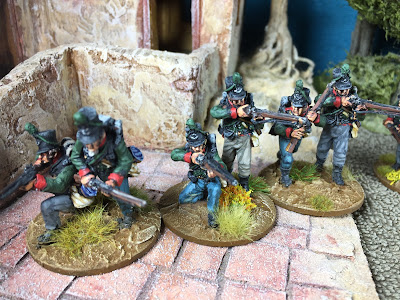 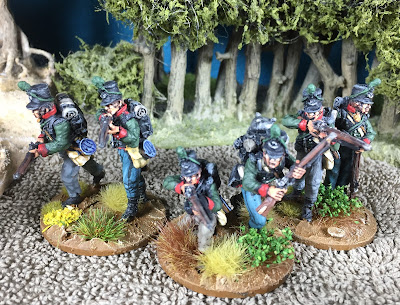 I have tried to ensure each base has a figure firing whilst the other is loading or moving which fits how these troops behaved. 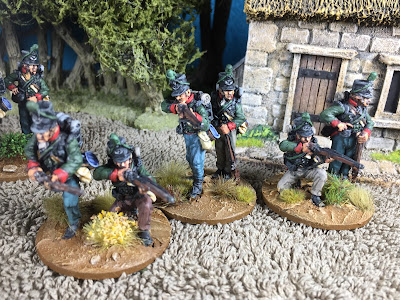 All done, I have no excuse not to paint some more French. Hopefully have some done soon.