You may have noticed my recent posts have been sharing after action reports and based figures rather than painting updates, this has been due to a bit of tummy trouble. Apologies all but I am slowly getting back to painting and here is where the focus has been.

At last some French ligne. I have been promising myself I will get some of these done for a few weeks now, enough of the ligne completed will allow me to put on the first small game so I do need to shift myself really.

So the first lot have three in Habit and one in sleeved waistcoat. As usual I want lots of variety in units so these guys with the same coloured trousers will be in two different groups hence the different coloured company pompoms. 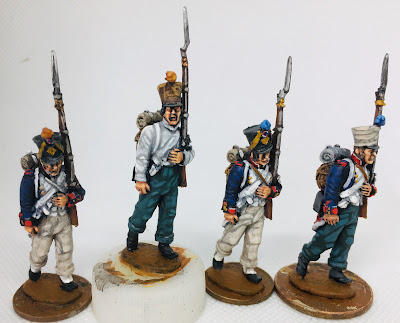 The blue grey is one of my favourite colours from colour party paints, field blue. The off white is also a nice addition rather than the persil white we might normally use. 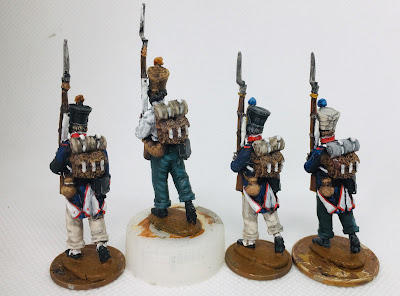 With this next lot I have included two Bonnet De Police pinched from the Spanish regulars sets. I particularly like how these two have come out and the colour schemes on the trousers. 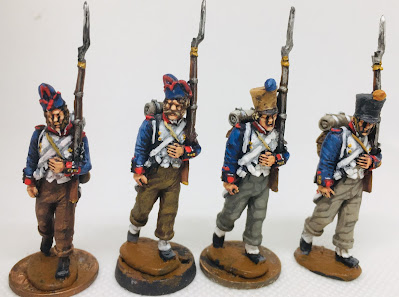 Again a mix of blue and orange pompoms, the Bonnet de Police of course can be any company we like. Habits are purposely faded blue. 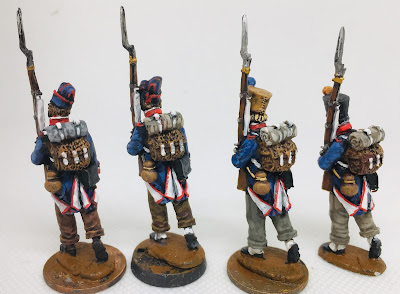 The next three are all Spanish Guerilla's from Sash and Saber. The two outer ones are OK but the inner figure is actually quite nice. Its the heads that make many of these and I like this particular head. 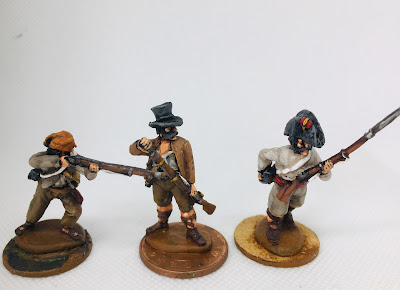 I am keeping the colours very subdued for the Guerilla's with the exception of any bits of uniform I can throw in to suggest the remnants of defeated regular units taken to the hills. 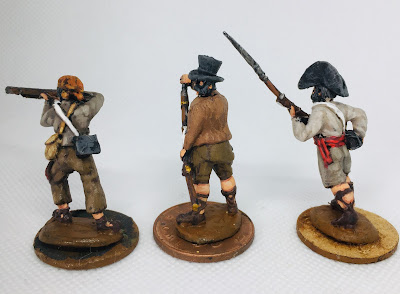 Lastly a couple of figures to share with you that I am keeping my hand in on the 28mm. I intend to add another unit of Picts to my Arthurian sub-roman period troops and this one sat part painted on the desk for a while. The North European Bronze age figure has a head swap and shield swap. Its only after photography I noticed I have not finished this guys elbow where I had to re prime it after a fall. 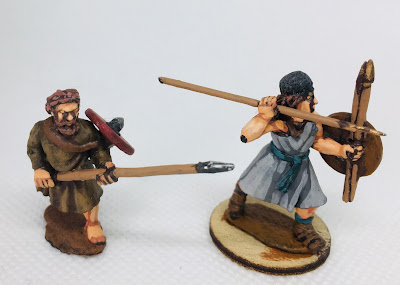 I have a stack of North Europeans to paint still and the recent game of Midgard leaves me thinking I will need to get them painted if I want to have two sides for a game. 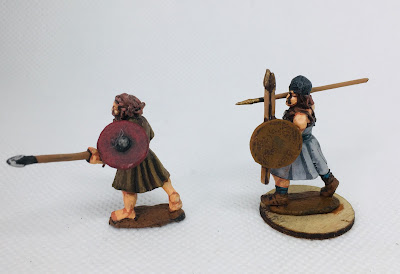