I decided to crack on with basing up the Baggage and I am quite impressed with how it looks all together. Some lovely peices from a number of manufacturers but mainly Empress. I doubt I will add too much more to these. 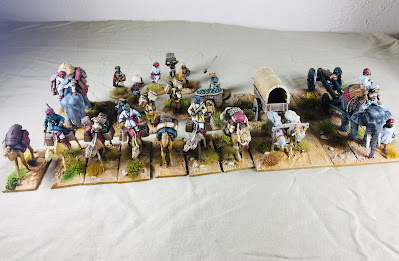 Indian baggage trains were typically huge and also quite vulnerable, great for small scale scenarios or objectives in larger battles. The British had a lot of trouble in the Second Sikh War in particular with the Sikhs driving off their camels when they were taken out to graze. 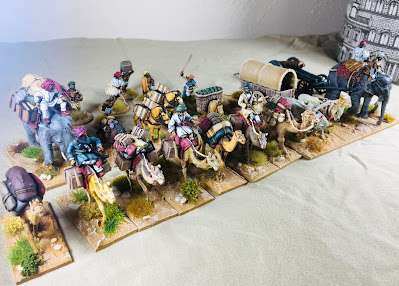 One of my inspirations for this was Budowhal. The day before Harry Smiths victory at Aliwal he was caught tired and strung out near the Village of Budowhal , the Sikhs did not press, their leader was a little timid, and Sir Harry extricated his Division but at the loss of a company of infantry and all of his baggage, I have always wondered how he might of fared if he chose to try and rescue the baggage. A nice game at a managable size.

I think this will add lots of character to our games but also serve as an objective in some cases, particularly Sharp Practice games or similar.. 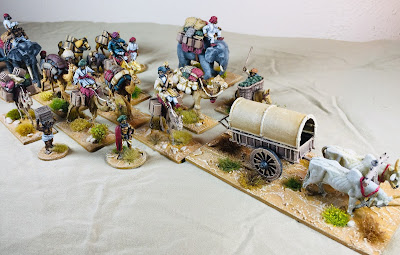 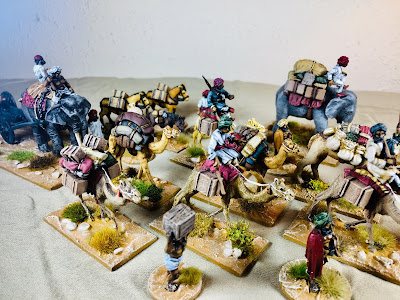 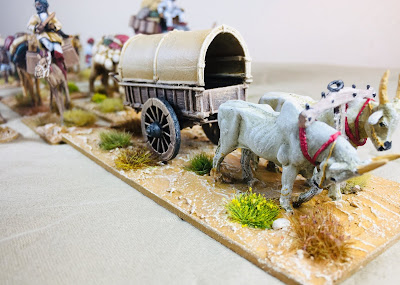 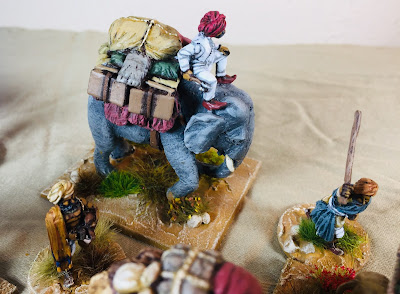 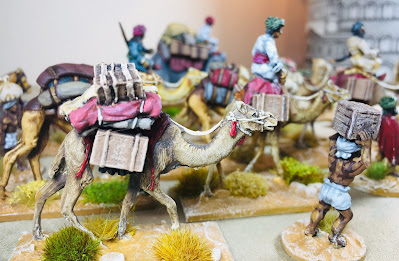 The elephant limber is Foundry from the Inidan mutiny range and was donated by chum Mark. 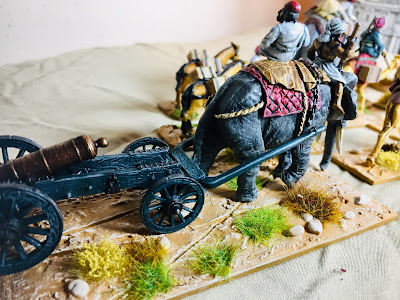 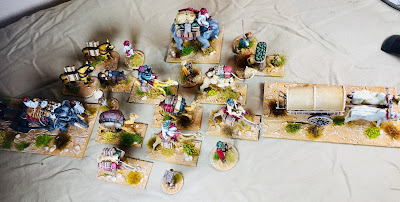 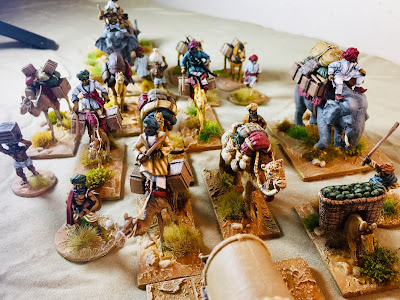 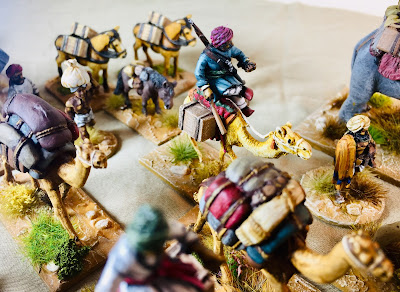 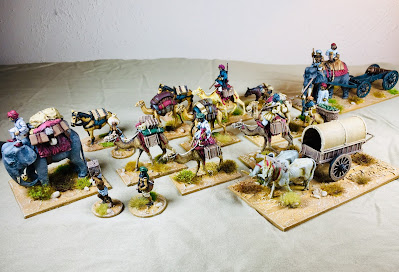 I am really pleased with this Empress Bullock cart, the Bullocks could perhaps be whiter but I think they lok OK. 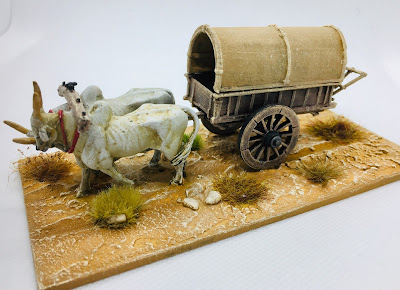 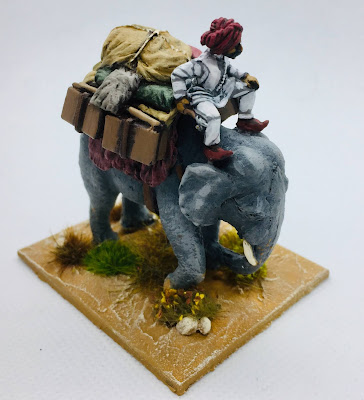 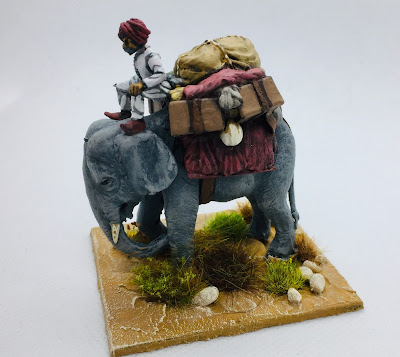 I dont think they used a lot of donkeys and mules in India but I had these handy so a shame not include them. 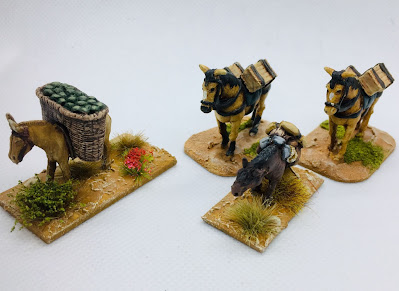 The drovers, Bhistis and bearers. A mix of Empress and Foundry. A suitably disreputable bunch. 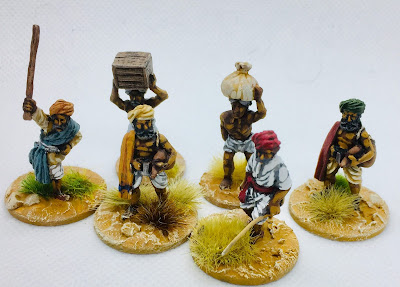 The Camels look particularly nice en-masse like this, mainly Empress with a couple of others chucked in. I think thats probably enough camels. Empress do another 4 baggage camels but I think I have enough for now. 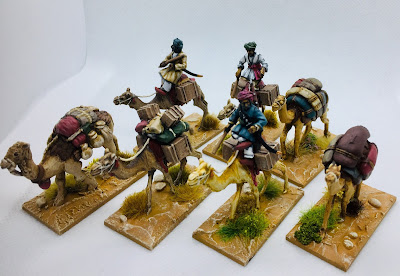 So thats the baggage where I want it pretty much, see you next time, stay safe!
Posted by RogerC at 14:50