Its funny how it creeps up on you, its seemed ages away when I put my Kickstarter order in back in November and now they are here, Huzzah!

I actually have quite a lot painted for this project but stored away in boxes waiting for the extra few castings to finish units off units so hopefully a little flurry of finished units to follow in due course.

The previous Kickstarters from Iain at Flags of War were really proffessionally handled and the figures just lovely so high hopes for this last one for the 1745 Jacobite Rising. Iain has not disapointed.

You will of course see the finished figures as they come off the painting table but for now I thought I might just give you a flavour of whats come with particular focus on the new figures.

First of all what greets you on opening the parcel always puts a smile on my face. A shipping list with a little personal thank you from Iain is a nice touch, as is the little pack of Haribo, sweets are always the way to my heart. Also on top of the figures and flags are a couple of free stickers. Iain loves his stickers and I was initially a bit stuck for what to use them for. However as there is a British Grenadiers mitre and a highland bonnet I think they would be best used to mark the storage boxes I will be keeping the figures in for quick reference. 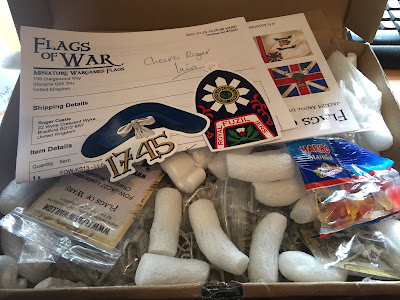 I have partiallyused the kickstarter to pick up a bunch of figures already released but for the purposes of this post I will concentrate on the new castings yet to be released. Each pack of figures arrives in a little plastic bag typically with four foot figures and the card "Flags of War" backing. 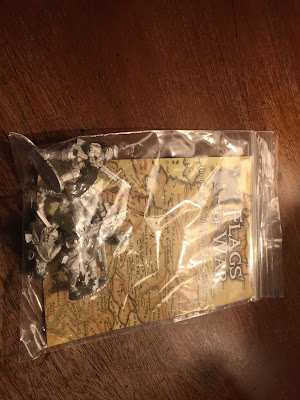 The first pack I opened was the dismounted British Dragoons, these will be my skirmishers and fought dismounted as well as mounted, at Clifton Moor in fairly large numbers too. 4 packs of these allows me to create either 2 units of 6 skirmishers or 2 units of 8 line depending on how I choose to use them. I will base them in pairs I think to allow me to use them in either role. 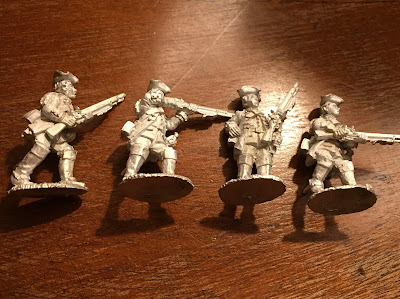 This very dynamic Seargent is a free figure for hitting one of the funding goals and will be based individually as a leader character. Particularly like this. 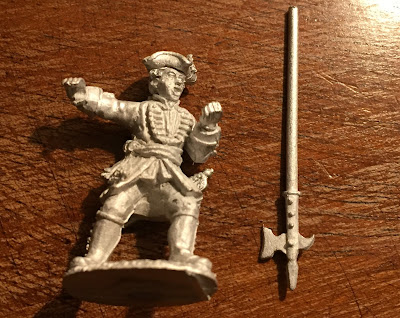 One unit I was particularly looking forward to was Baggots Hussars, these guys are depicted with carbines fulfilling their scouting and skirmishing role, I have 3 packs so a unit of 8 ideal for Sharp Practice with one spare figure. 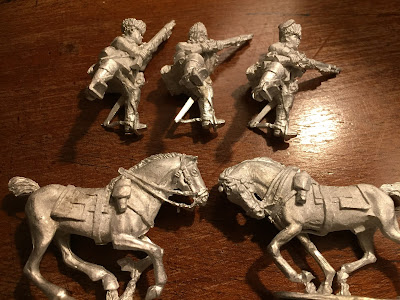 Here is a closer pciture of the riders. 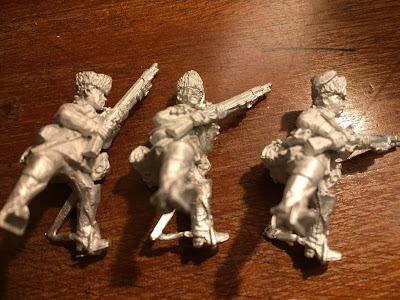 As part of the Kickstarter I also get a free Flag with each batch of packs giving me 4 free flag sheets, the first one I picked up was the Argyl militia, I am likely to do these troops without uniforms when I get around to them, but with uniformed officers seconded from the regulars. 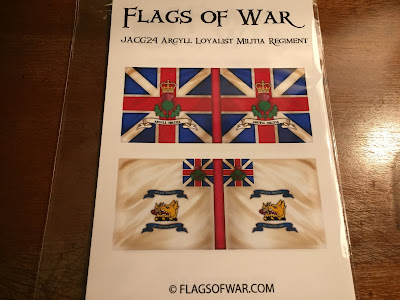 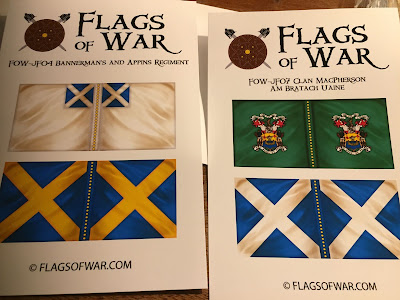 For the lowlanders we have the Duke of Perths regiment. 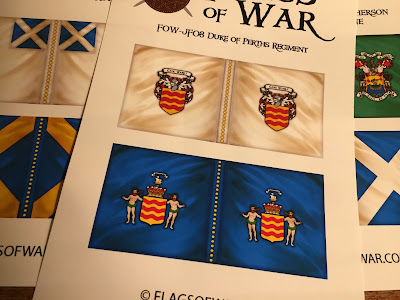 These in particular I was looking forward to, a pack of loading Royal Eccossais to add to the firing troops, two packs of these will complete a 24 man formation of 3 groups of 8. Its likely these will be the first figures I tackle from this release it will be nice to see finished units rolling off the workbench and to the basing department. 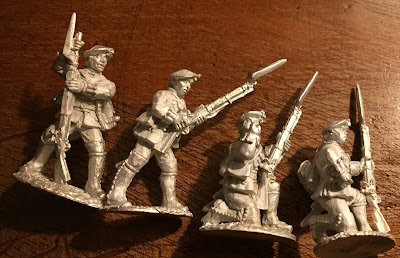 These were released in a previous Kickstarter but they are the first of the Government Highlanders I have picked up, bloody lovely and the standard bearers I plan to use as Seargents with halberds. 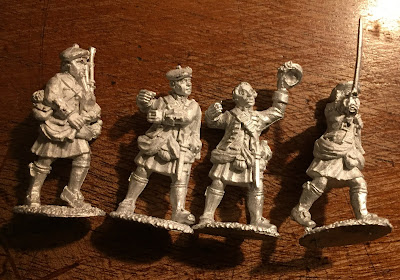 I also picked up 3 mounted officers, the first one is a generic British Officer which I particularly like and has the added advantage of a slightly different horse to the cavalry packs. 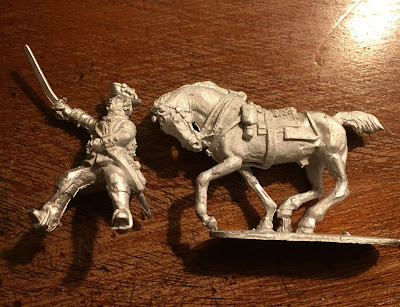 Then the General Hawley Character in great coat with Pistol on a rearing horse, pistol at the ready. 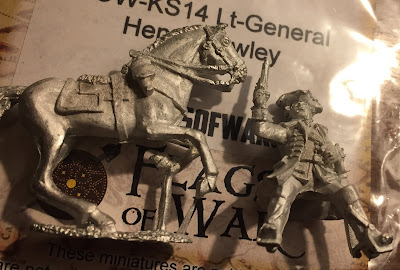 Lastly the Bagotts Hussar Officer, this is straight out of the penequick drawings and I love the rakish hat. He looks suitable Hussary and ready to plunder. Looking forward to painting this character. 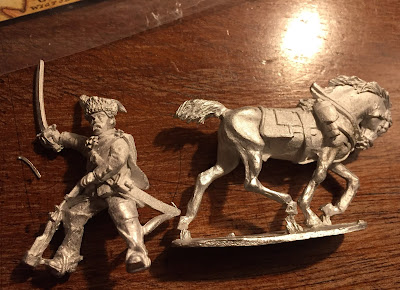 Over and above these I have a bunch of British regulars and mounted dragoons from the last Kickstarter to flesh out the earlier units and a few more packs of Jacobites too. There is room for a few more additions, lowland militia for both sides in particular, but that is the bulk of the figures bought, now I just have to paint them!
Of course there were more releases in the Kickstarter that I didnt partake of this time, characters, casualties and British regulars defending, all are lvoely just not what I needed for now. I am sure they will be on Iains site in due course.
Thanks for reading, until next time stay safe.