Review of The Sikh Wars Project

Chatting with chum Chris about whats next for the Sikh Wars project and it becomes apparant that I have not really planned out what I intend this to look like and therefore where any potential gaps might be.

So I decide to create a list of whats required for both sides and then look at what I have in relation, both painted and in the lead pile. An ideal opportunity to photograph the project so far and share with you both progress and plans.

Below is the lead pile which includes almost 20 battalions worth of foot. 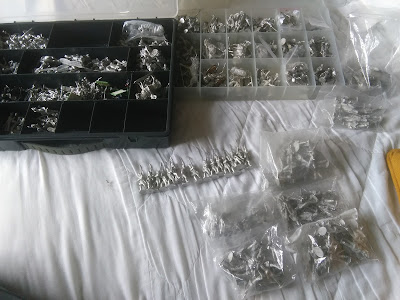 For the Sikh Commanders I will need at least 10, the first four are below and I have plenty more to make this up so I will only look at these if something particularly pretty presents itself. 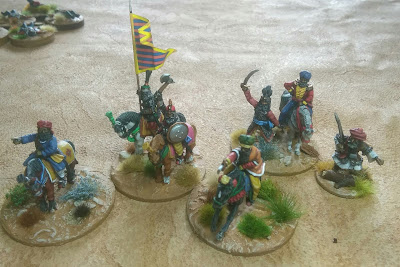 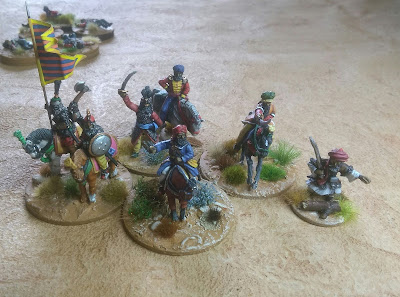 The British have 4 commanders so far and will probably need 7. I have my eye on the British Legion Command pack from Perry Carlist War range which will furnish me with 3 command stands so again dont need much here. 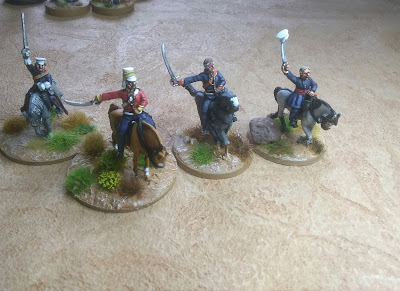 I have a bunch of casualty markers, although at this stage still undecided if we will use them, if we do I will need a load more but have enough to do perhaps another 10. The Studio Flashman figure is my favourite by a mile. 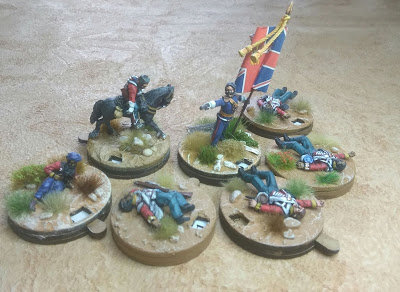 I have two of the siege guns for the Sikhs done and two more on the way, thats plenty. I will be adding camel guns to my irregulars and that is already in progress. 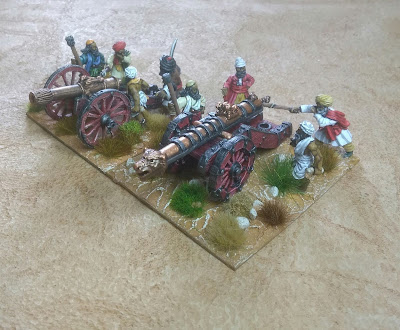 These three medium guns are plenty I will however be adding a further 3 24 pounders to the regulars. 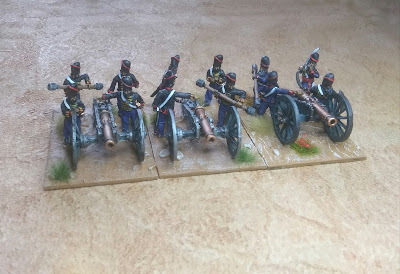 These three Horse guns are again enough for my purposes so I wont need any more of those. That will give me 15 guns all told, loads to be fair. 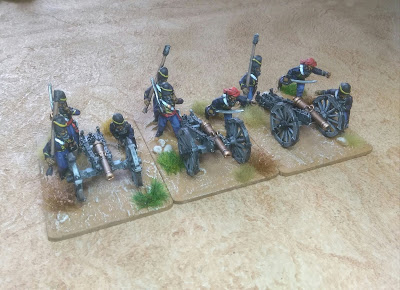 I have 2 more 9 pdr field guns to add to these for my British which should  be enough, the next lot are Perry and Foundry figures whilst the below are from Studio. 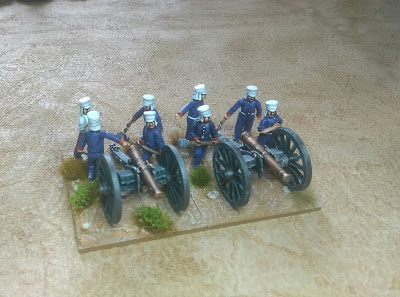 The Bengal Horse artillery are some of the prettiest figures in this collection, these are foundry and again I have another 2 guns and crews to add to these. I will also add a Perrys Carlist War rocket to finish of the Artillery. 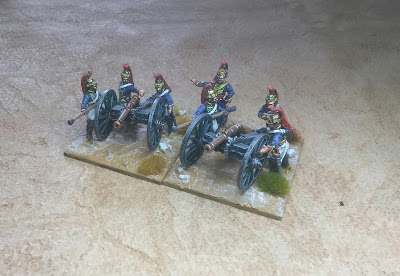 The Sikh cavalry is a major contingent, I have 3 units of armoured Gorchurra cavalry, plan is to add another so one more unit of 10 required at some point. 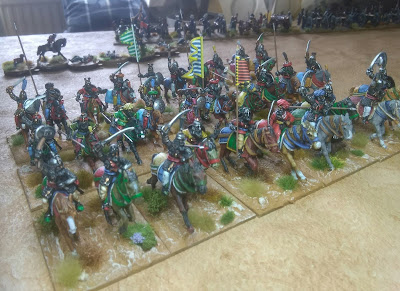 For the light horse I have 4 units, 2 sikh and 2 muslim, ideally 2 more of each would be good. for now though happy with these and part way through a third muslim unit. That will be all I have painted so room for more of these chaps. 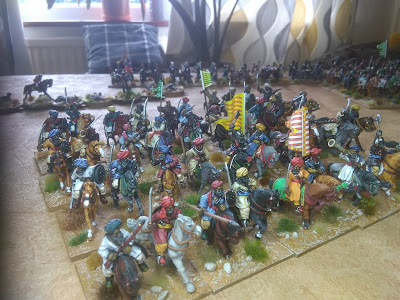 For the regulars I wanted one unit each of dragoons, lancers and curassier, I have enough figures to complete that and the dragoons and a small unit of currassier are below. 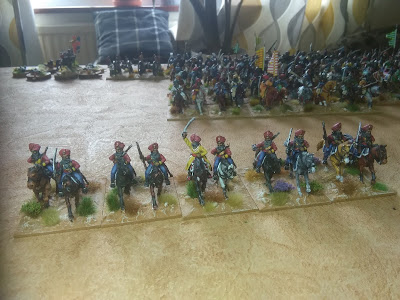 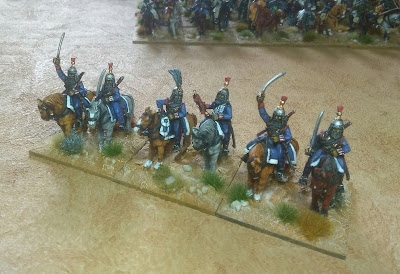 For the British side I am tempted to have 8 units of cavalry, 3 queens and 5 native. So far we have the below three of the natives but I have enough figures to complete another irregular unit and have started a couple of the next unit of Bengal Native Lights. Just need another 8 Bengal Native light troopers for these chaps. 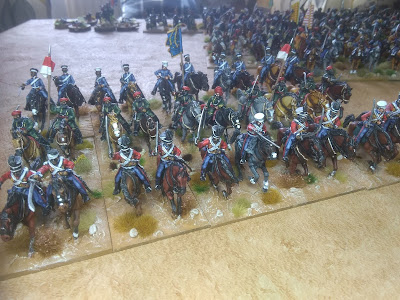 The queens horse was initially only going to include these two iconic units but I am tempted to add another unit of lancers at some point so these are in the plan. 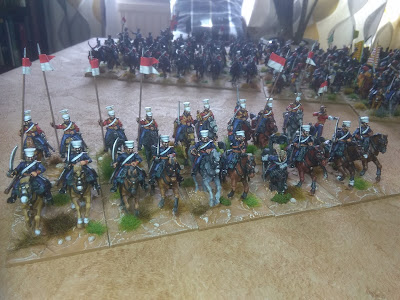 The Sikh regular foot I have 4 battalions completed with a further battalion in York being based. I want 12 battalions in 3 brigades of 4 for these guys, after looking at my Sikh foot I actually have a bit more than I need, a couple of command packs from Studio and I can then consider thinning out those I have too many of.

I do also intend to add some Hindu regulars in Shako, I already have the Gurkhas for the Sikhs so another 2 of the "Purbia" troops would be ideal.

The latest advice seems to be that all the flags for the Sikh regulars are wrong apart possibly from the red one despite mainly being commercial offerings, food for thought, slightly gutted. As correct ones are simply not available I will need to decide in a course of action. 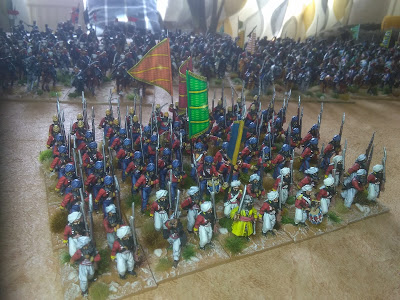 For the irregulars I wanted 8 Muslim and 6 Sikh or Hindu units, currently painted I have 1 Hindu, 2 Sikh and 4 Muslim with enough unpainted figures to complete all the irregulars I need once I add a box of Perry plastic Afghans. 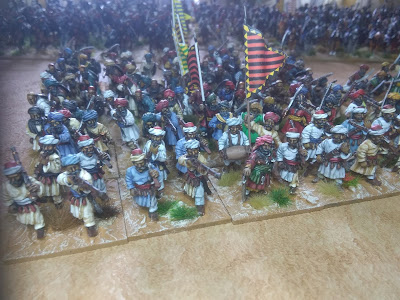 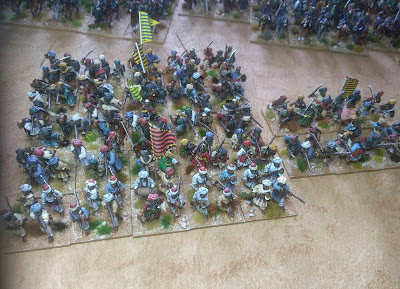 For the British I want 5 Brigades so will need 5 European regiments, three are already finished below and  have enough left for another 3 so plenty here. 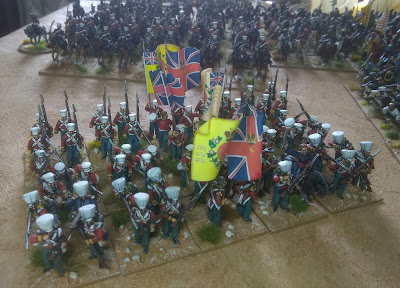 For the Seopys I want either 9 or 10 battalions, currently I have 4 complete and a further one being based in York so 4 or 5 to complete. I have enough for another 4 so really I am only looking to add a battalion of Gurkhas when either Studio or Iron Duke release some. 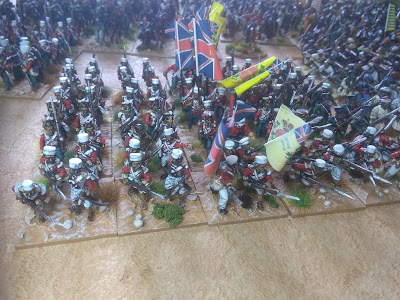 I want a skirmish screen for each Brigade so the below two are the first of 5, the Bengal Europeans one is also already started. 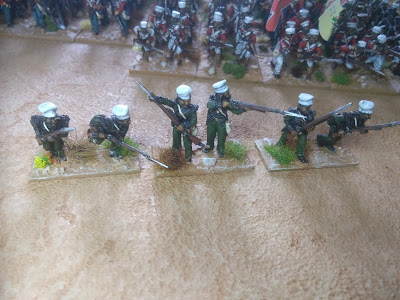 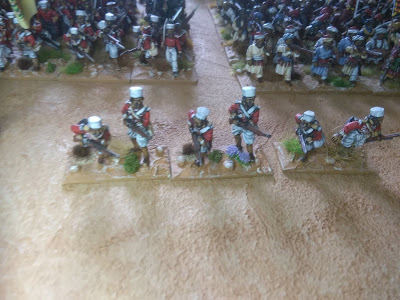 Lastly my baggage train, I have another camel and some donkeys to add to this but it will need some more fleshing out I feel. Possibly the Black Hussar Camel train as this looks very nice and they did have a lot of camels. 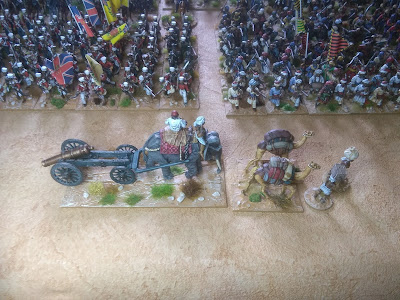 So taken as a whole I am roughly half way with the majority of the remaining figures already bought and waiting to be painted. I will no doubt cave to temptation as new figures are released but at least I have a clear plan now for this collection.

All laid out on table it looks quite nice doesnt it? 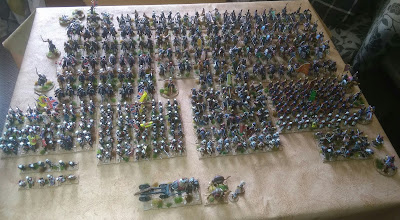 There you go, hopefully some based and completed units to share with you coming back from the basing department soon.
Posted by RogerC at 12:20