The Island Fortress of Suomenlinna

Last of my Wargamers visits to Baltic Cities and we are in Helsinki.

By coincidence I had been reading the latest Kydd novel by Julian Stockwin and in it our intrepid Frigate Captain is at the seige of Suemellini, although it was called Sveaborg in the Napoleonic Wars. It was made a UNESCO world heritage centre in 1990 and it was interesting in particular to be able to go see it a few days after finishing reading the book.

Helsinki itself was lovely and a bit smaller than some of the other capitals we had visited.

Oddly enough in the harbour there were two Japanese war ships visiting, which seems an odd place for Japan to visit! 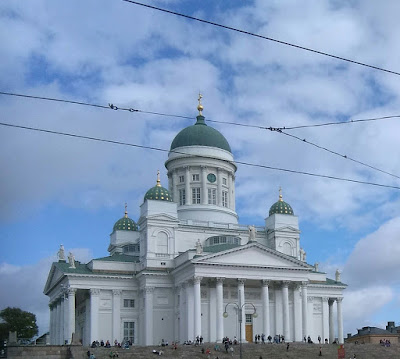 The Cathedral is very reminisent of St Petersburg. I also got a few snaps of some of the other buildings to give an architecural flavour for any gamers interested in replicating the buildings. 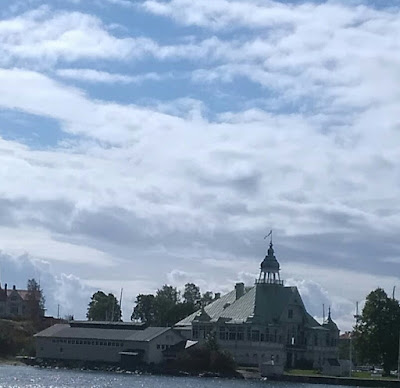 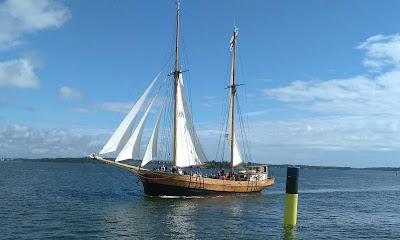 I liked the look of the sailing boat as we travelled across the harbour, no other reason to include it really! 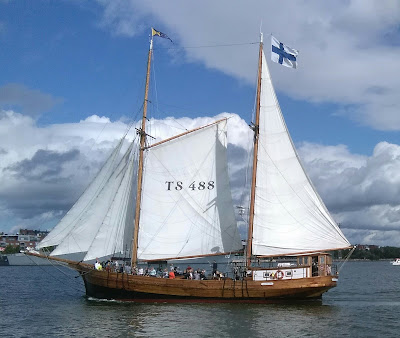 As you turn in towards the harbour mouth you are greeted by this beauty. I am asuming that the lovely small submarine is of World War 2 vintage. 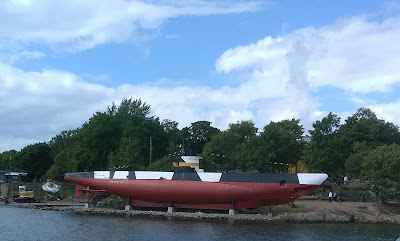 The main island is filled with fortified walls this is the entrance to the little dock area and gives you a flavour of what the fortifications are like. 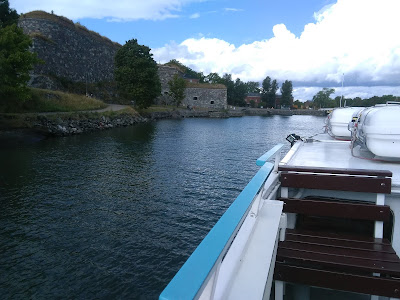 You can see from the map below that the fortress is made up on 4 linked islands which give a full field of fire against any ship trying to enter Helsinki harbour. 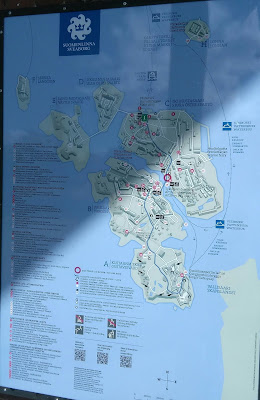 This first lot of guns have the look of seige weapons from around the mid Victorian era, no plaques or signs just a row of rather large guns. 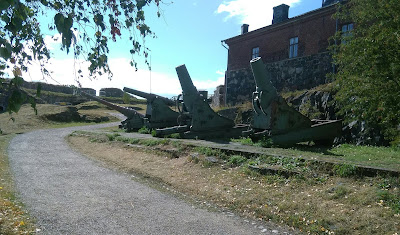 This shot gives you an idea of the thickness of the battlement and also the field of fire the guns would have over the narrow passage between islands. 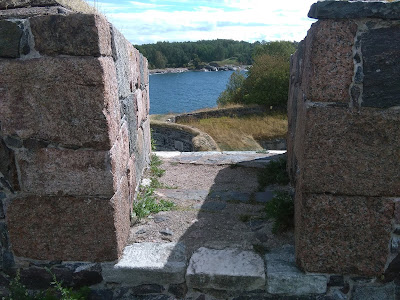 Another row of unmarked gun barells this lot I would suggest being from around the Napoleonic period. The fortress saw action in the War with Russia but surrendered without much of fight much to the disgust of the Garrison who had barely seen action. The commander later being accused of treason. 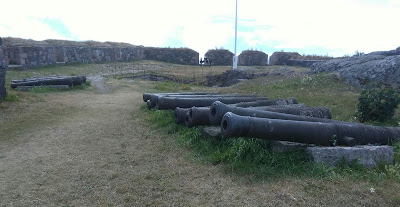 Here is a nice little 18th century gun on a field carriage. 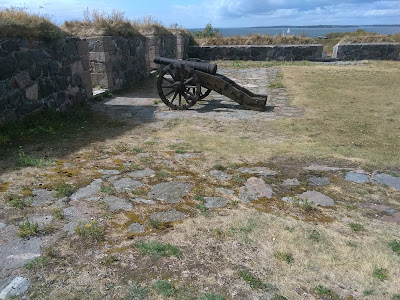 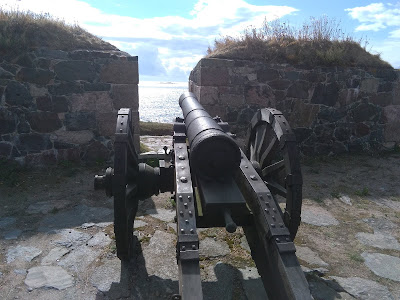 A view over the outer sea facing works showing a number of emplaced guns from later Victorian eras and ammunition bunkers. 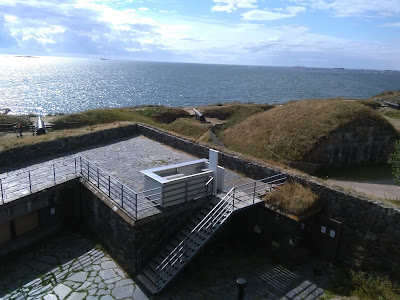 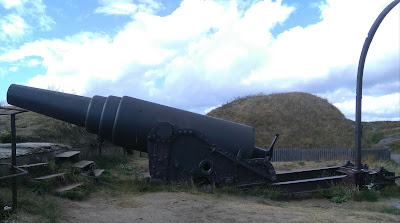 There is a whole row of these monster guns in their original placings, mid victorian I guess (as still nothing in the way of signs to help) and all rifled spaced about 30 feet apart all along the Baltic facing side of the island. 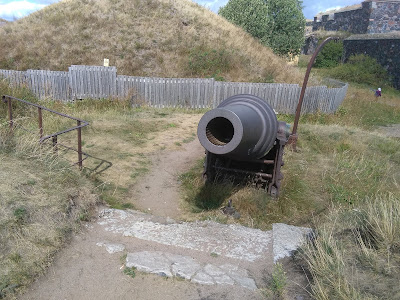 The finance department joined in the picture to give an idea of the size and scale of these big guns. 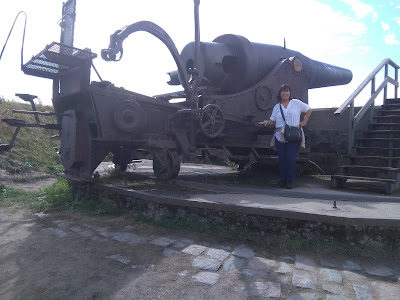 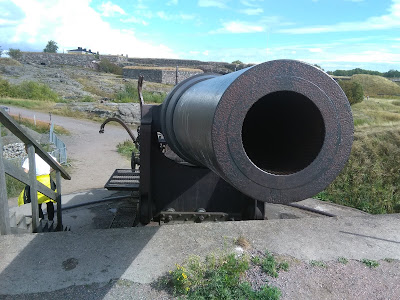 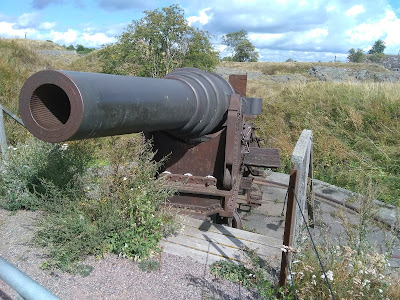 Its a beautful walk along the coast and the island as well as a museum is now a nature reserve. 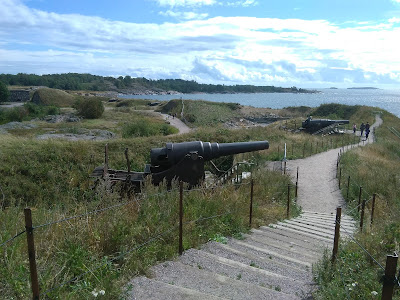 There is a msall customes house in the middle of the island and it has been turned into an exhibition of the Customer department during the civil war. Most officials joined the White cause but some fought with the red guards, this mannequin shows the uniform and weapon of a red guard with other paraphenalia. This section had a host of writtien material for the interested visitor. 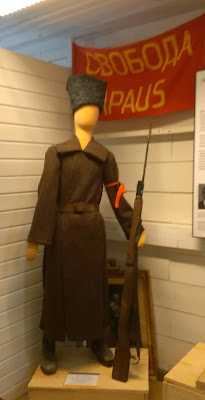 The below icture shows a customers official with White guards and  German FreiKorps trooper. 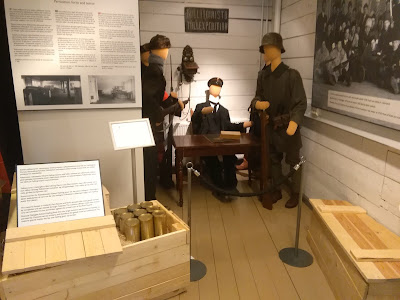 A random collection of weapons and armbands from the civil war. 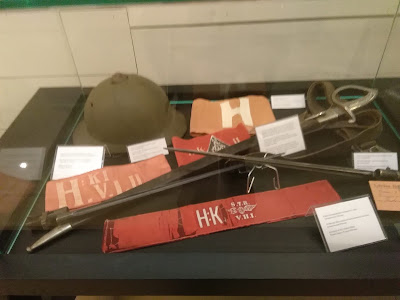 The sign below is at the entrance to the exhibit which was a nice step away from the rest of the island. 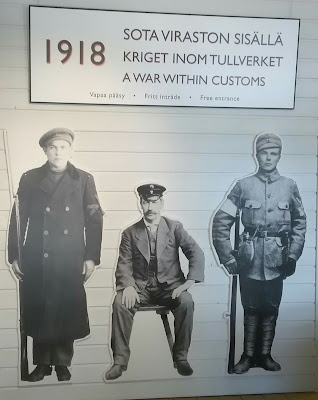 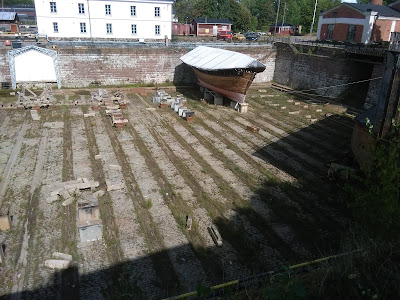 The island has its own dry dock and I thought I might get a couple of snaps because I thought it was interesting. You can see all the cranes and other harbour gear in the background. This area features in the Kydd story, its where the Swedish archipelego fleet was stored during the winter when Helsinki was frozen in. Apparantly a brave Swede blew the lot up when it was surrendered untouched to the Russians. 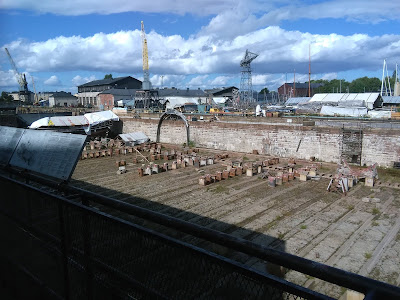 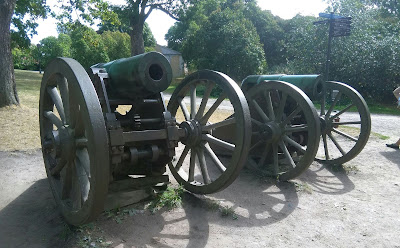 These little howitzers are intersting little guns, they have the look of Crimean or ACW era cannon. 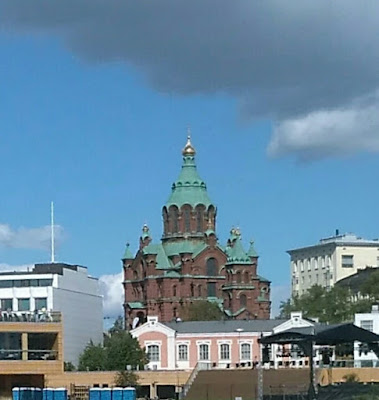 Lastly as we sailed back into Helsinki itself there is the Upsenski Orthodox Cathedral, quite a dour intimidating building with again a different flavour to some of the other cities we had visited.

Helsinki was a lovely day out and the Island fortress particularly interesting. Given the time before the ship sailed again we only saw one of the four linked islands so I dont really know what else I missed but if you get to Helsinki make time to visit especially on a nice day, its a beautiful spot.

For more detail (and arial photos that give a better impression than my poor efforts) go to https://www.suomenlinna.fi/en/fortress/ lots of detail.

Thats the last of the Baltic Cities, we did visit Rostok too but not much to share with the Wargaming community really. Back to lead and dice in the next Posts.
Posted by RogerC at 14:00

Email ThisBlogThis!Share to TwitterShare to FacebookShare to Pinterest
Labels: museums