The Irish Horse and Conversions

I have been looking for some Irish horse for my Elizabethan project with limited sucess. They look very particular with their mix of English and Gaelic dress, no stirrups, padded seat instead of saddle, over arm javelins etc. Dark age Irish horse might do, but head swaps required so at least a couple have Tudor helmets. Redoubt do a range but I wasnt too happy with them, in the end I decided to get them and see what I could do with them.

This first figure came out OK, I dont mind the horse and the riders body looks fine, but the head.... 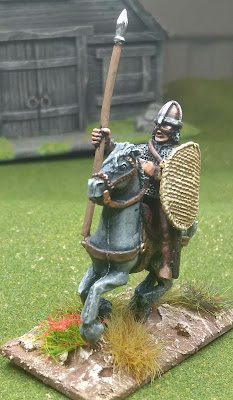 His moustache runs from ear to ear for some reason and I just cant get my head around his helmet, it doesnt look like any images of the period I have seen. Still I painted him and he looks OK. What about the other four that redoubt do?

For the next one I decided to do a head swap and added a Burgonet helmet from the redoubt English Civil War range, now this looks a little better, but only a bit f I am honest. I think the new head I have chosen is not the best, the Irish were quite Hirsuite, this chaps neat moustache is perhaps not quite enough I may at some point end up changing it which is a shame. 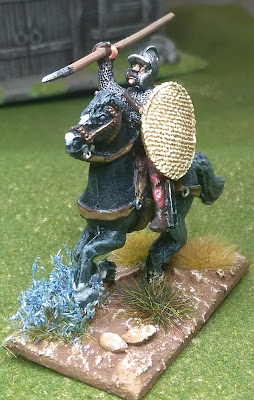 At this stage I was tempted to give up, instead I took the next one and did a head swap with one of the Perys Kern, now I am pretty happy with how this has come out. 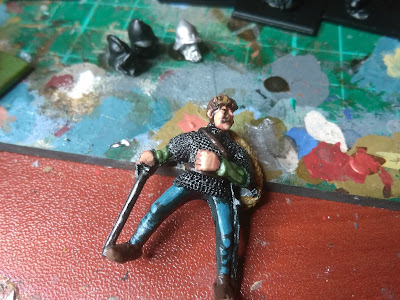 It shows that the body of the rider is just fine, it just needs a nice head to make it work. This gave me a bit of hope that I could actually do something with these figures.

I also painted the Irish cheiftain straight as he comes but he is not a patch on the ones with a Perrys head, what to do? 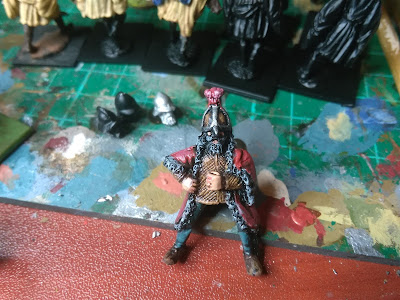 I decided even though he was painted a head swap was in order, I wasnt thrilled about hacking at a finished figure with a modelling knife, but if I am not happy with the figure I need to do something about it. I chopped a couple of the Graven Images Galloglass heads off, you can see them in the background. I wasnt keen on these figures and I added the Morion helmet to the chieftain. 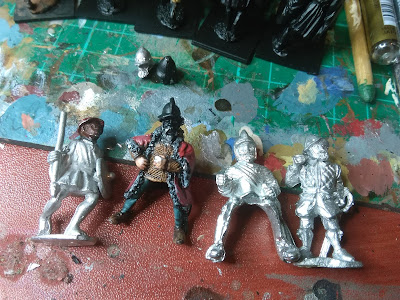 So here he is with a new head and two more figures prime for a head swap as I am getting a bit head swap happy. I particularly like the Demi-Lancer, I will reserve judgement on the Pikeman until he is painted I think. 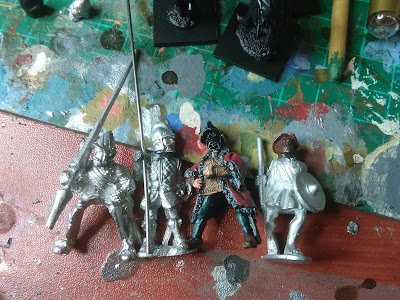 Having got into the head swap thing I decided to try a foot figure, this Crusader Kern had already lost his head so a swap with a Maroon with a statute cap followed. Again looking slightly odd at this stage, reserving judgement until he is finished. 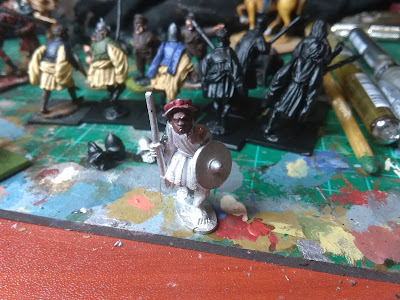 So here is the cheiftain in all his glory the, I quite like this outcome and I think he looks the part with his modern but slightly battered helmet. 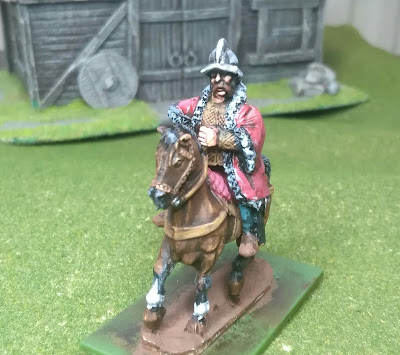 The hatless Light cavalryman also looks the part now he is mounted, possibly my favourite of all of them so far. The light cavalry that is. 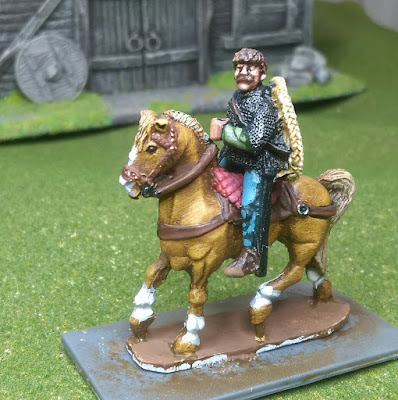 Here are the pair together, I think they match quite well. 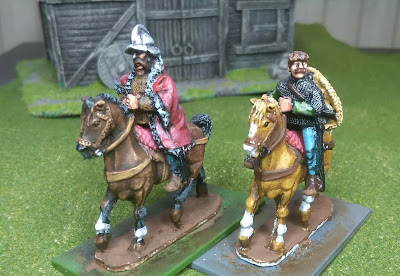 Now the earlier light horse man after a head swap. I used a Graven Images Gallowglass head so the style of helmet and moustache is right. Not the best figure I have but a vast improvement on the original I think. 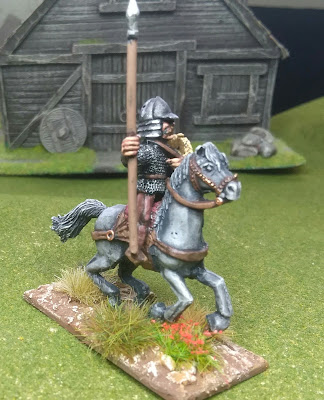 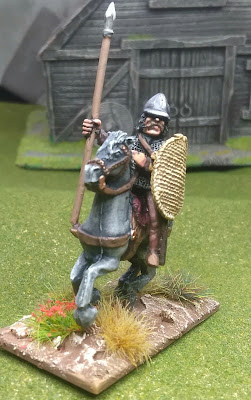 And finally all four of them together. I think they look OK. I have ordered two more from Redoubt lets see if they turn up, not hearing good things at present. Headswaps for both and thats my 6 figure unit for Pikemans Lament. 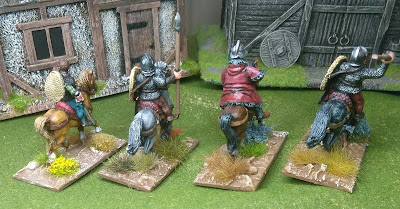 If Perrys get around to releasing some I may get rid of these and replace them but for now I am happy with my little band of Irish Light Horse.

Onwards and upwards with the English horse next I think.
Posted by RogerC at 07:19