So we decided on another game of Lilly Banners for the Great Northenr War to try get a bit further alng, this time joined by chum Chris Charlton who is looking for a set of rules for his new Sedgemoor project. I had lent my rules to Mark for 2 weeks and he had read through them thoroughly so we would have some more experiene of the rules on table, unfortunately he was too ill to come. 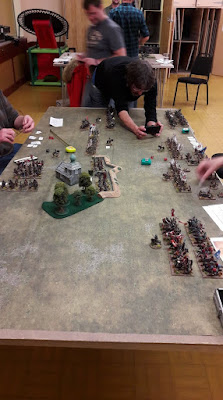 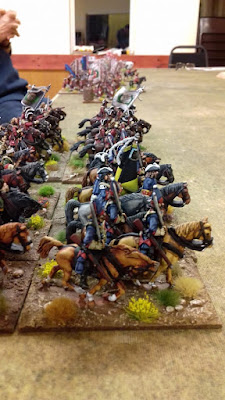 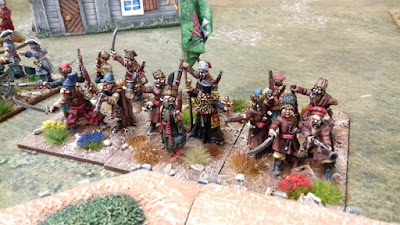 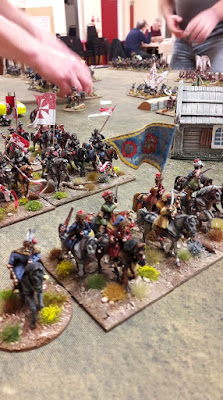 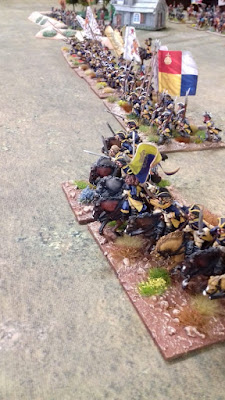 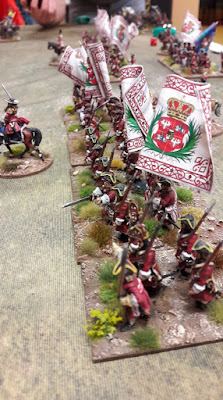 We decided to give the Swedes a handicap of Cossack foot in a village and try something more offensive with the Saxons to see hwo they got on. Not too well was the answer but here you go. 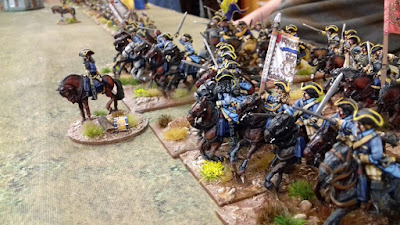 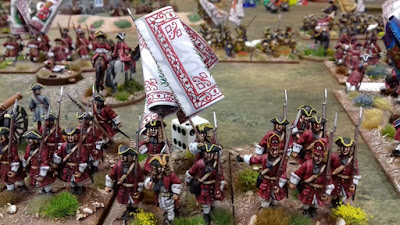 The Cossacks were in light cover, we added the rule that cossacks get all musket but not flintlock and no first fire.

We also added bonus's for the winged Hussars of lance and armour, although as they never saw action....

The Swedes had the ability to incline and moved at six inches instead of four. 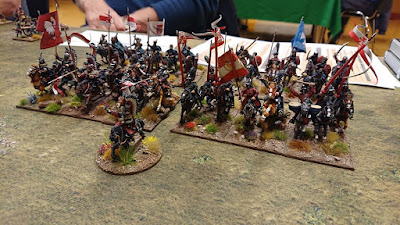 Steve took the Swedes and the two Chris's split the Saxo-Poles between them.

So first moves Chris Charlton didnt move at all and Chris Flowers got half of his wing moving. Steve got all of his so swept forward with the Swedes leaving his raw Poles hiding behind the village and woods. The Swedish gun fired and scored first blood. 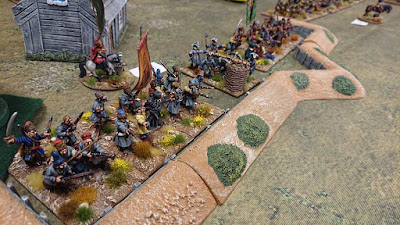 Once Steve had given his Cossacks a defend order it left him free to ignore 6 units out of  his 13, as he had an exceptional commander this meant he was almost always going to get to move the majority of troops he needed to.

The Saxo-Poles had no such luck and any movement was spent on getting the foot moving up to harrass the village, the cavalry for the most part remained stationary and ready to counter charge the Swedes. This did mean that the Poles never fought each other so we didnt ge to see the special Lance and Armour bonus's. 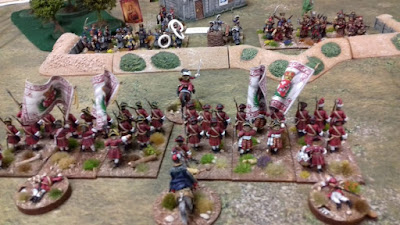 Chris F's Saxons advanced steadily and opened up a galling fire on the Cossacks supported by both guns. The Cossacks however passed their morale despuite being raw, the bonus for a defend order plus supported and under command helping them out here. In return the gun concentrating on Chris's right hand unit inflicted devastating casualties until it eventually was forced to retreat through a failed morale test with 2 thirds casualties. 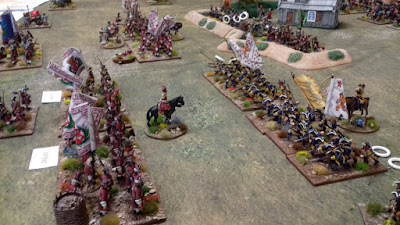 At the same time the first Swedish foot battalion and the Swedish Cavalry all charged home. The foot marginally won their first ecounter with the Saxons who missed entirely with their closing fire, The Saxons scraped through a morale test to fight a second round in which they were defeated even more convincingly and routed. Both horse actions saw almost identical results and two of the cavalry units routed from the table. 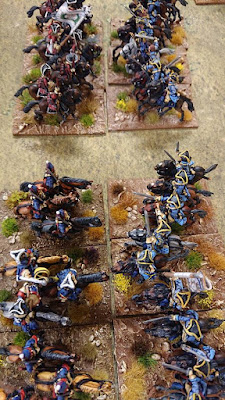 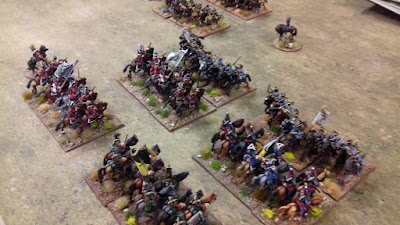 The next unit of Saxons had however made it to the bank outside the village, the angle was too tight for the gun so it was battalion against battalion, however the Cossacks would not be budged and the Saxons were unable to charge them until they had shaken or disordered them. The rule is that most foot can only charge shaken or disordered oppostion foot, troops in hard cover are allowed to be charged but we had defined the village as soft cover. Oops! 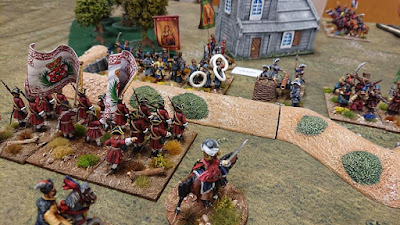 The gun hit the retreating Saxons again taking them to shaken and the Saxo-Poles accepted defeat.

The game wasnt very balanced if I am honest (my bad) but in my defence as a play test it was more about what works and doesnt and how different troop types can be used.

I think we learned a lot, but again we are only very slowly becoming proficient with the rules. 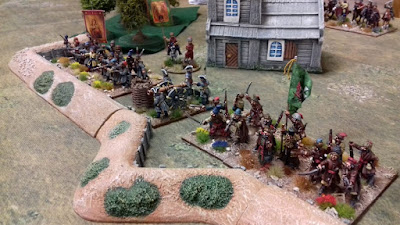 Steve has asked us to try a Black Powder game with the Great Northern War collection next week. Mainly to help us contrast the Lilly Banners. I still like the mechanisms of these rules, the challenge is likely to be organising games with multiple players who are less interested in the period or learning the rules. Black Powder does have a clear advantage in this area for us as we have all played them before on numerous occasions.

Well lets see what it looks like next week, will have another (possibly smaller) game with Lilly Banners and again will share the results with you all on here.

Thanks for reading.
Posted by RogerC at 09:53