The New Plan for the GNW Project

They do say no plan survives the first shot of battle! It was always on the cards that my Great Northern War project would expand a bit so I thought I might share what I have decided for anyone with a vague interest.

As a reminder my initial plan was to have 12 battalions of Swedish foot and 10 regiments of horse with 3 guns. I was also planning to have  a unit of Poles to be the Valachs regiment which fought with the Swedes. I also wanted at least 8 battalions of Saxons and 3 regiments of Saxon horse, 3 guns and with the possible addition of a few more Poles. 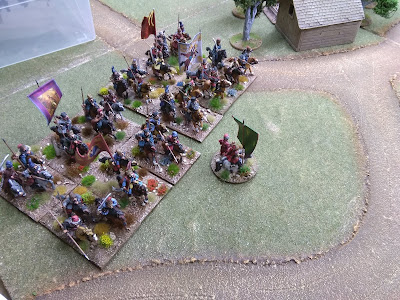 That was pretty much it.

Now I have already got carried away and gone past that in some areas. Gasps of surprise all around....not!

The Poles in particular I have ended up with 7 units of horse. I never intended to have Russians at all but somehow have 4 units of Cossack horse, 2 of Cossack foot, a Russian foot battalion with another unpainted and two Russian horse regiments, How did that happen?

As I got carried away so did Mark and Dave who are building Danish and Russian forces respectively. In both cases I think they have ended up with at least 16 battalions and the appropriate number of horse and guns to go with them. This did make me wonder whether I should expand my planned Swedish force, having picked a few figures up cheap from Ebay I decided I would need to put these to use. 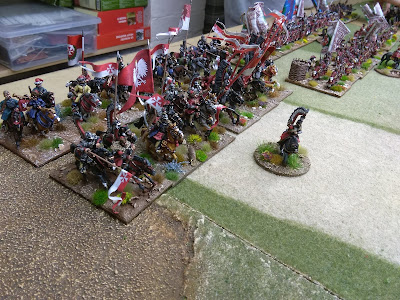 So my new plan will be as follows: 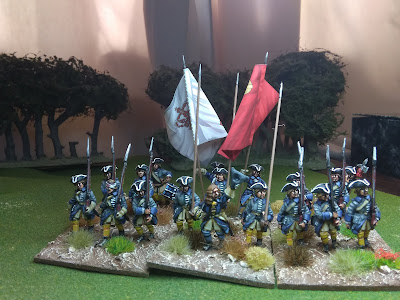 Poles
7 Regiments of horse painted plan will be 9 regiments including one of dragoons mounted and dismounted. 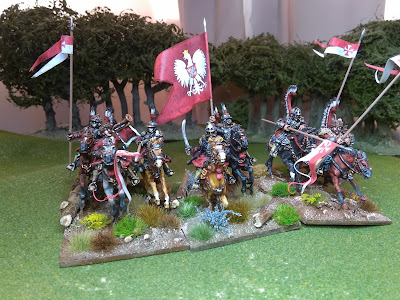 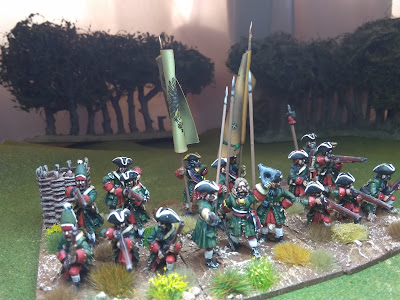 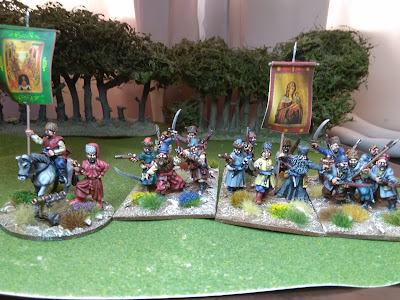 Saxons
Current 6 battalions of foot painted, plan will be at least 9 battalions
Current 2 Regiments of Currasier plan to add one of dragoons both mounted and dismounted.
Current 3 guns plan to have 4 guns 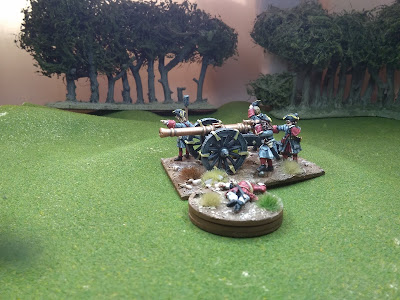 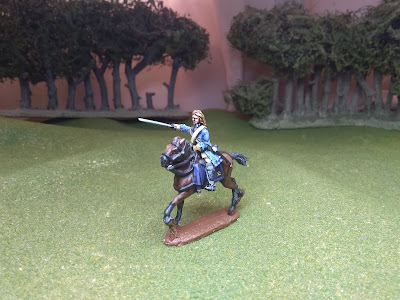 So lots to do.

The Warfare Swedish Cavalry are due anytime and I am pretty organised to get fired straight into them. I picked up 18 of the more standard period troops from Warfare some time ago, including quite a few command figures and some bareheaded, also amongst these are some of the original test figure for the Swedish horse. I have painted 9 as Livgarde Til hast in the light blue and then used the spare horses of the rest to have these painted for 9 more of the new figures, also as Livgarde, which should fit perfectly. So just 9 riders painted will give me 18 of this unit or two "regiments" essentially each unit is a notional 2 squadrons so both guard cavalry units have double strength or 2 regiments. I have also painted three up as the Livonian Adelsfana in grey faced yellow. So 6 more figures and all 9 horses gets me this unit also. I then have 3 more regiments to do, planning on doing Schlippenbach dragoons in blue faced blue, Ostgota regiment in blue faced yellow and possibly the Drabants in their all blue with gold lacing. Although I do have a hankering after Sodra Skanska in pale blue like the Livguard. I will decide later with the last two I think. 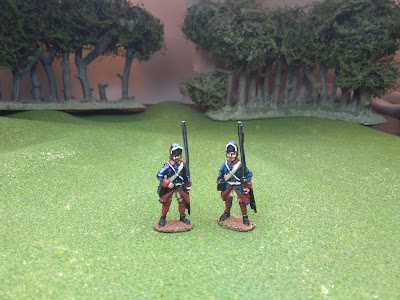 Meanwhile I am making a start on the outstanding Swedish foot. Chum Steve had kindly prepared quite a few of the Foundry figures in cold weather gear ,in blue faced red I was planning to use these as the Jomskoping regiment. When you look at the below picture you see that the front plate of this regiments Korpus cap is in fact black with a white band, perfect for using Warfares standing Swedes in Korpus who have the band modelled on. By coincidence I picked some up second hand so thats what the above figures have become. Rather than waste Steves efforts with the Foundry figures that made up the first incarnation of Jomskoping I will paint these as another Korpus wearing red faced unit, Finnish regiment Savolax. These guys fought at Narva and then in the baltic where there were any number of tough battles against the Russians so will be very handy. 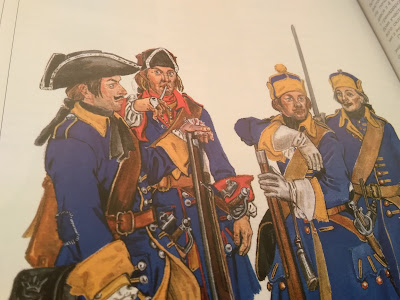 That leaves me another two units to paint for the Swedes, one marching in tricorne and one charging in tricorne. I have 2 units marching already and have done both as early Tremanning units in grey so this marching unit will be a grey faced blue unit, as I already have the flag they will be Halsinge regiment. The next ones will be in traditional blue faced yellow but will have the blue gaiters of the Kalmar regiment rather than yellow. Just a little different.

So just as you think you are getting somewhere near finished suddenly there are 9 units of horse, 3 guns and 11 battalions of foot (if I include the three dismounted dragoon units I want) still to paint. Phew, loads then!

Thanks for reading, look forward to sharing some more with you soon.
Posted by RogerC at 07:06

Email ThisBlogThis!Share to TwitterShare to FacebookShare to Pinterest
Labels: GNW