As the year draws to a close here's what I am working on just now. With a large El Cid game planned late January I am hoping to fill in some small gaps and finish some units off.

My painting volume has not been great these last weeks due to illness so I wont be trying to year extend myself. Mainly part finished and small units, I wont be putting myself under pressure to finish them though.

All that said below unit of Berber archers is finished bar the basing. I really like the colour pallet here of browns, beige's and the odd blue grey burnoose. For all of my El Cid collection units are built around three 60mm frontage bases. Cavalry are all 2 to a base, archers 3 to base and standard foot usually around 5 to a base. 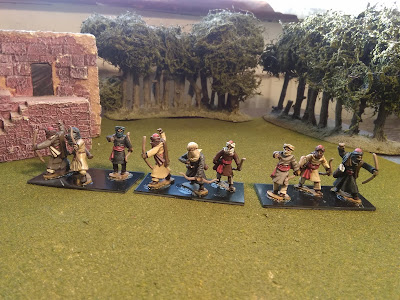 This next figure is a real favourite, I love the hooded robe, this gave me a chance to try a colourful stripe pattern, each of the Berber tribes has their own pattern, this is one of the few figures that lends itself to this type of pattern. 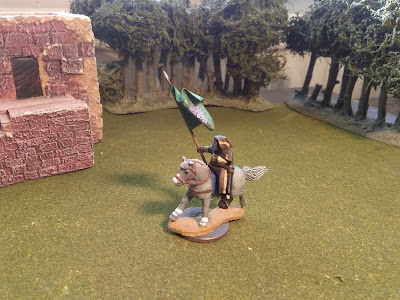 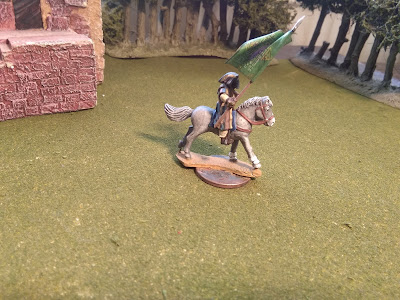 The next three Berber light cavalry are painted and I just put a layer of oil paint on the ponies so hopefully a unit of 6 is not too much of a stretch. 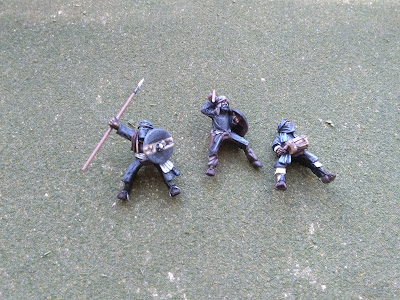 The below figures were originally Hospitaller Seargents for my SAGA warband, As I only ever used the warband twice and the Seargents have been languishing unpainted in a box for a couple of years I decided that they would be better used as a unit of North European mercenaries for El Cid. The black and yellow is a nice contrasting scheme and reflects the colours of both the later medieval Swiss and Flemish mercenaries. 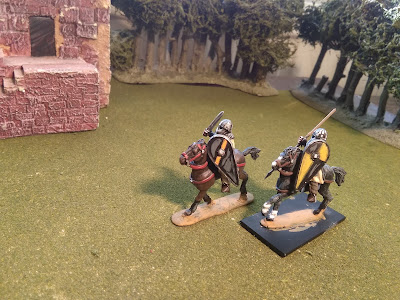 Its also another very simple paint job so who knows, 4 more of these may also be achievable. 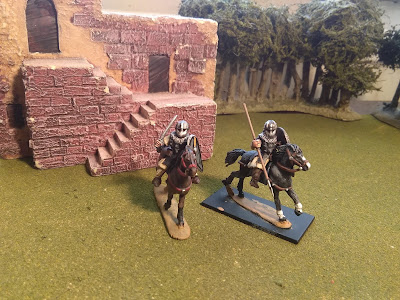 Lastly this figure was a present from friend Chris Charlton, cheers Chris. This has come out really nicely and I am pleased. I have given him a red and gold shield, a popular colour scheme in Spain; I have enough armoured Knights for a full unit in this colour scheme but I cant see these being ready in time as things stand. Still you never know. 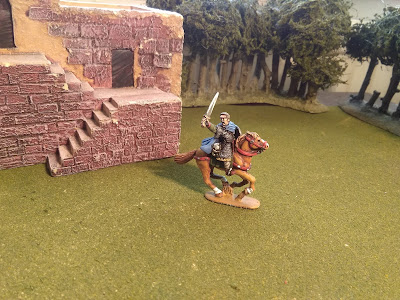 So that's where we are at. The game promises to be a good one and the extras are coming along steadily.

So all the remains to me is to thank those of you who have read through my various ramblings over the last year and and wish you the very best for 2018.