The latest unit from the basing department is my third and final unit of Polish light horse, often reffered to by the Poles as Kossack's. This will take me to 7 units of Polish Cavalry for my Great Northern War project.

If you have followed the blog for a while you may now be chuckling as you recall my intention to produce just one small brigade of Polish cavalry, we have moved on from there a ways.

Partially this was because I got my hands on a couple of units fairly cheap, but also because the more I read the more I realised how involved the Poles got (not surprising given much of the fighting was in Poland) and just how many troops they fielded on occasion.

Particularly interesting and useful from a force composition point of view is that Poles fought on both sides at different times and even faced each other on several occasions. 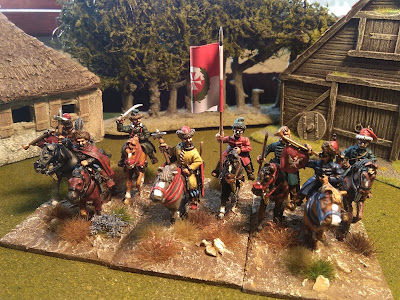 There were literally thousands of Polish cavalry at some engagements so they make a very useful and colourful addition to the armies. They didnt always perform well, but again this can be useful if you want to give a commander a large force that comes with its own headaches.

I am planning now to have a division of three Brigades of Poles, each Brigade with three units. This will be made up of 3 Light Cavalry, 3 Pancerni, 2 Winged Hussars and a unit of Dragoons in western style coats but fur hats. This last will have mounted and dismounted versions.

So that just leaves a unit of Pancerni and the Dragoons to do. 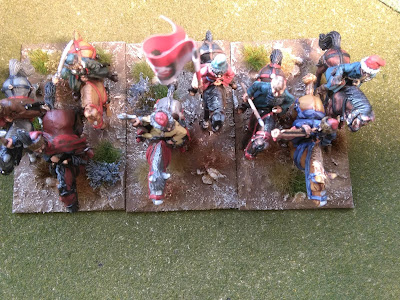 This particular unit is a real mix of manufacturers using up most of the figures I had left over they are redoubt, TAG and even a Wargames Foundry figure.

As its Christmas one of the troopers even has his santa hat on! 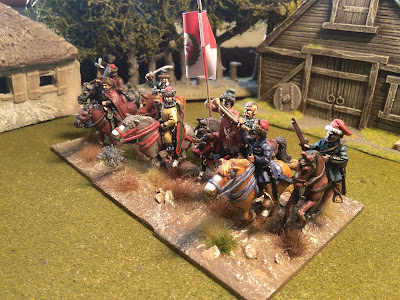 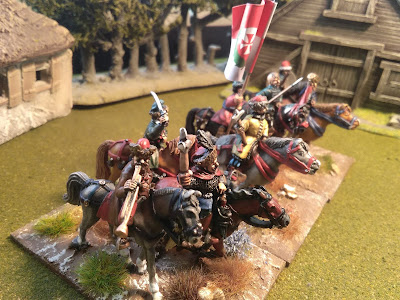 I am not particularly keen on the redoubt horse the commander is riding but it was one of the few I had left and has come out OK. 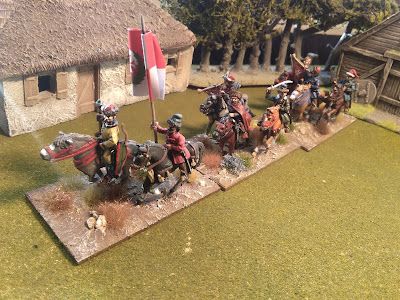 Hopefully not the last unit finished this year but certainly the last before Christmas.

Next will be a bit of a break from Great Northern War as I try to get a few figures finished for an El Cid game we are having late January, ideally I want to make use of the basing department whilst she is home for Christmas.

Can I take this opportunity to wish you and your families a wonderful Christmas, I hope Santa brings you all the toys you want and you drink and eat to excess without too much indegestion.

Enjoy and as usual thanks for reading.
Posted by RogerC at 06:31