A recent unit back from the basing department was this, my only unit so far of heavy cavalry for my muslim forces of Al Andalus.

They are a mix of makes and horses. I do like a bit of variety. 4 black tree and 2 Perry's figures with a mix of horses. 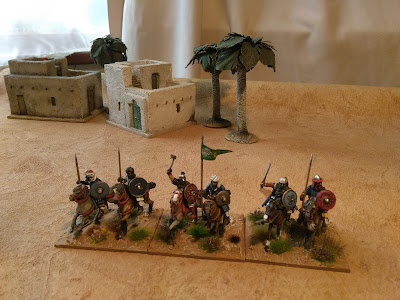 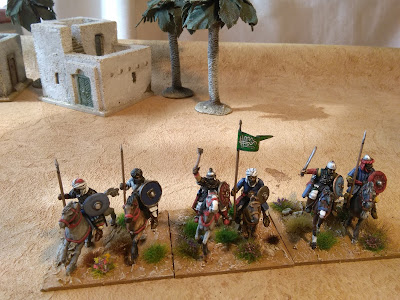 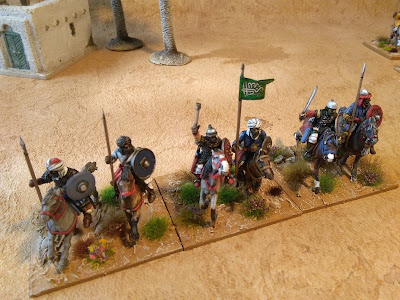 Love how colourful El Cid era can be.

So whilst in Seville recently we had a road trip and came across this place. Made me consider if I could manage to build a small fort for my armies to fight over.

This particular castle is a border fortification between Seville and Granada. Its a Christian building rebuilt on a moorish fort in the 1270's after the christians captured Seville. The moors built there fort on the foundations of a Visigoth fort which in turn had once been Roman. Love the history upon history in Spain.

Some interesting features of Spanish forts. The main ward had no access for horses, two small gates let a man in and an outer ward had a much bigger gate where cavalry could enter, presumably this outer ward included stables. I also noticed in a walled mountain village the old medieval gate way had a right angle turn, I have seen this before. Unlike a Western Christian gateway the main gate is not flush to the wall but is at an angle, if you want to break in you have to run at it with your battering ram along the outside of the wall getting nasty things dropped on you. Once inside the first gate their is a tunnel (usually with a hole in the rough for more nasty things) which has a sharp right turn. This means that if you are attacking you have no room to wield a weapon, it also means you cant get your battering ram around the corner unless its so short as to be useless, ingenious. 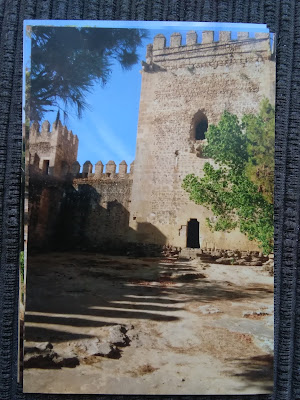 Above is the main keep and below the small postern we used to get in to the castle. 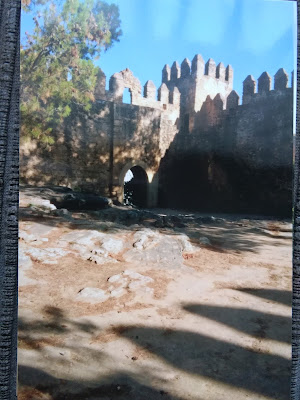 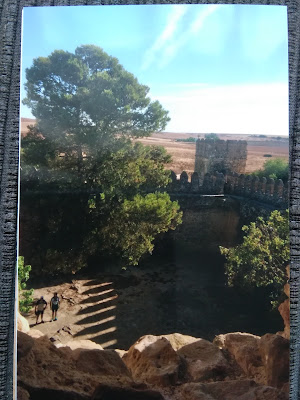 Two views from inside the keep. I particularly like that barn owls were nesting in the keep and each tower had its own resident nest of falcons. Not sure you can see the bird droppings in the pictures but there is something that feels right about raptors living in the castle and swooping down on their prey as no doubt the garrison swept down on raiding parties in the past. 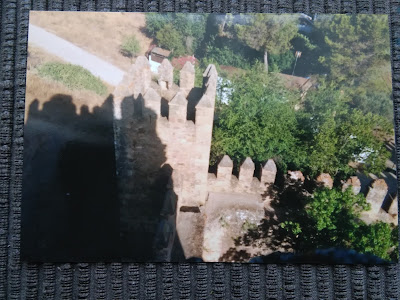 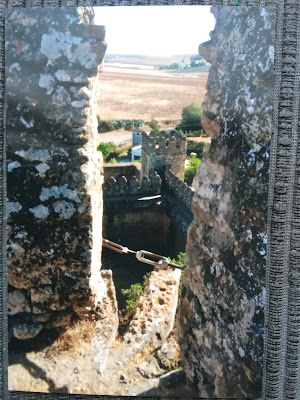 To be honest it didnt feel too safe at the top withiron chain holding the battlements together. 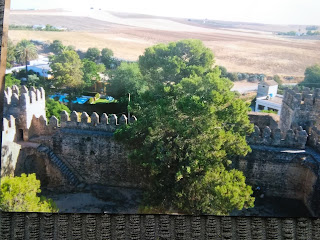 A beautiful place to visit that ties nicely with my long term El Cid project. I have a unit of Christian light cavalry to share next.

Thanks for reading more on the way.