After 14 months from inception we finally have enough figures for a game. Using Black Powder with suitable amendments at the East Leeds club with all the figures Mark and I have collected so far (Except some of the artillery) we have our first game compete and given I had forgotten the playsheets and written amends it wasn't a bad game at all.


In terms of amends the key one was firing before moving, this is to stop nits getting three moves and bounding across the table to charge a fresh unit that hasn't fired a shot yet, or even worse halting 6 inches away and blasting them at short range without reply. It also helps reflect the Swedish tactics of advancing to short range before delivering as single volley and charging in. Although both sides in the end forgot to do this, doh!


In terms of forces the Allies were as follows.


Danish Cavalry Brigade below, two units of dragoon and two of heavy cavalry. Commanded by Mark. 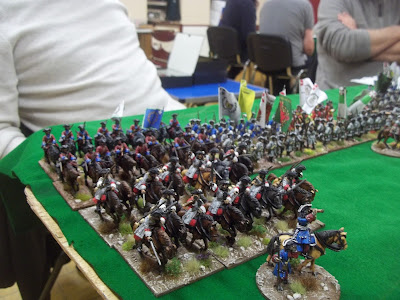 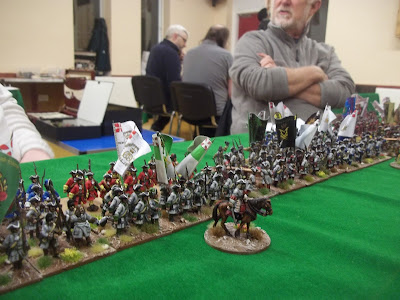 A brigade of 4 Saxon and one stray Russian foot with a medium gun. Commanded by Chris. 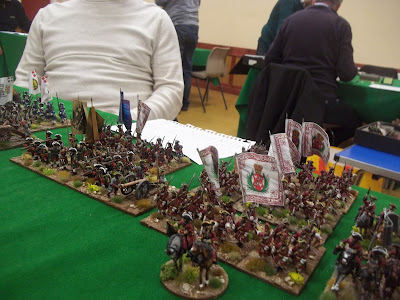 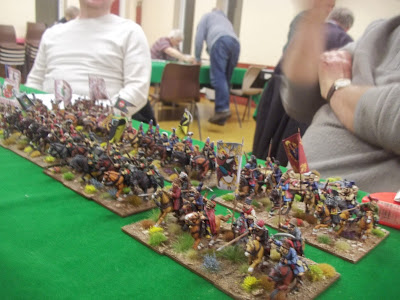 Facing them from left to right was a Brigade of Polish Cavalry fighting for the Swedes, consisting ofone Winged Hussar, one Pancerni and two Cossack units. I commanded all the Swedish forces. 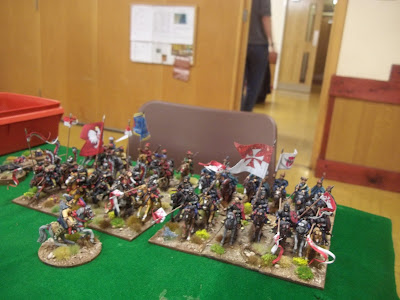 Two brigades of foot one of 4 and one of 3 battalions, each with a medium gun. 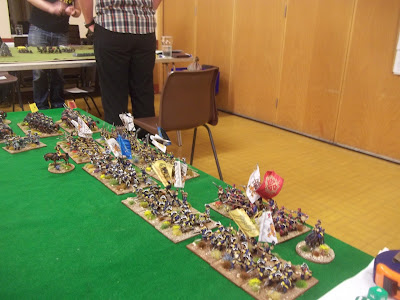 And finally one brigade of 3 Swedish Horse. 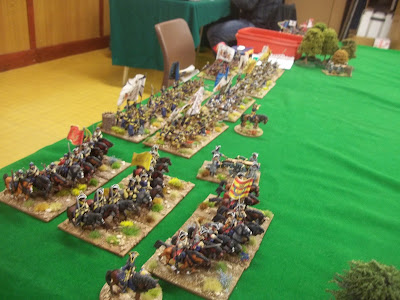 So a total of:


The Swedes are significantly outnumbered but have  a lot of combat bonus's. Their Achilles heal is the Polish Cavalry which does not have much in the way of bonus's and the Swedish foot get reduced firepower of 2 dice instead of 3 due to the pike being a third of their troops. 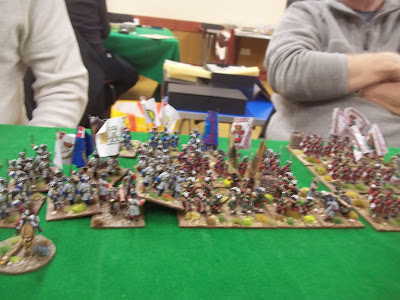 Things did not start too well for the Allies as a Danish Brigade blundered an order and moved left pinning both itself and half the neighbouring Saxon Brigade. The Saxon and Russian Cavalry swept forward but the Danish Cavalry failed to move very far at all.. 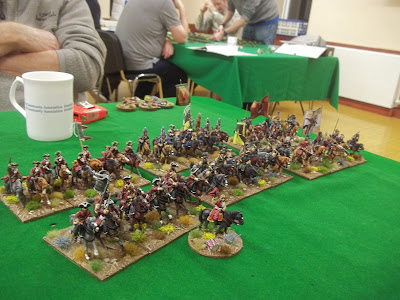 The Swedes decided to take advantage and attack despite less numbers, hoping to use their combat bonus's to knock out some of the Allied foot, alas only one Brigade moved and the cavalry made a cautious advance. The Poles, wisely decided to stay put and keep the attention of the Danish horse.


Now the allied foot had organized itself and began to make its superior fire power felt before blunting the Swedish charge bonus's by charging in themselves. The Danish horse continued to do not much with the Poles taking the time to have lunch and Vodka whilst the Cavalry Melee on the other flank saw another Russian unit hit and this time destroyed. 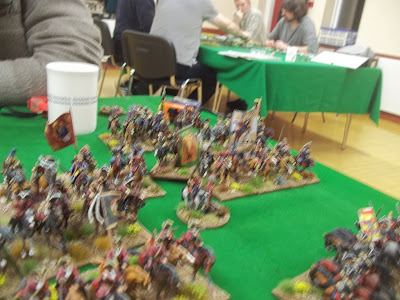 The main struggle however was in the centre and the Danes had gained local superiority with nine battalions against four, breaking one Swedish battalion and forcing another back. The Saxons had also stormed forward and broke the Swedish guard no less, things were not looking too good. The only good news was on the Swedish right where the Swedish Cavalry destroyed a third unit of Allied Cavalry and the Russian Cavalry Brigade broke and left the table. 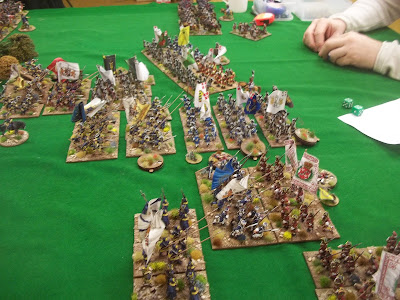 At this point we ended the game. With two units broken the Swedish foot were hopelessly out gunned now with 5 units facing 14, there only hope was that the Swedish Cavalry could break the Saxons and roll the line up. Unlikely at this stage. The Poles and Danish cavalry on the far flank had not engaged at all, but with the fighting quality of these troops slightly favouring the Danes it was very unlikely that the Swedes would manage to pull Victory from the jaws of defeat and I conceded defeat with a good grace (honest).

So the firing first rule probably worked, although we forgot to use it most of the time. The Swedes probably had  too few men to win  but the crack, steady and ferocious charge rules gave them a fighting chance if they could charge home. A few further tweaks required perhaps but all in all a nice first game with almost balanced forces. A wider table would have allowed the Allies to better utilise their superior numbers and I think we will try this next time and see how we go.

Thanks Mark and Chris for a thoroughly enjoyable trouncing.

I will be playing again on Sunday this time using Blackpowder for a Carlist Wars game on a larger scale with around 7 players. I look forward to sharing how this goes with you, until then thanks for reading and keep your powder dry.﻿
Posted by RogerC at 15:27