More off the Workbench

With the first French Hussar finished a game coming up I was keen to get some more of these completed. 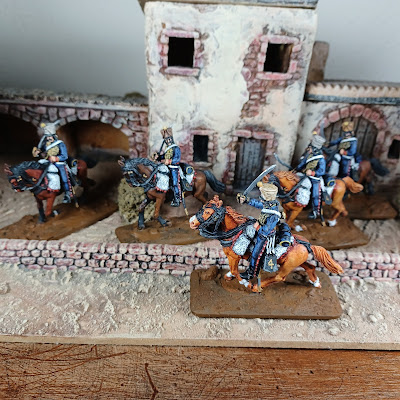 Five more of these gives me 6 which is kind of enough for a small unit. The Perry Hussars have two different troopers and two different horses, the horses come in separate halves. This horse one has had the two halves of the horse swapped with another to give a slightly different pose and I quite like it. The uniform is still ornate and covered in braid but also ready for campaign with no Pelisse slung over the shoulder and the Shako's covered. 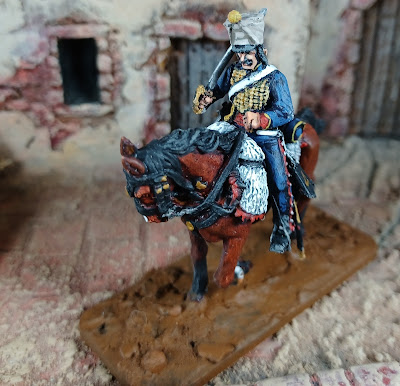 The separate right arm and 5 separate heads allows for a reasonable variation in the figures. 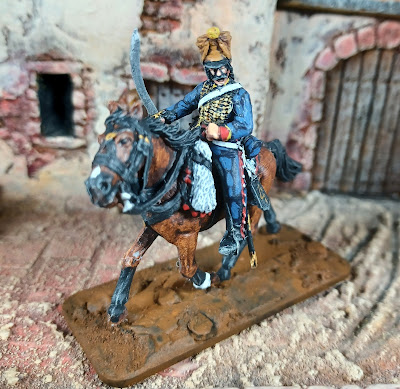 This is one of my favourites. 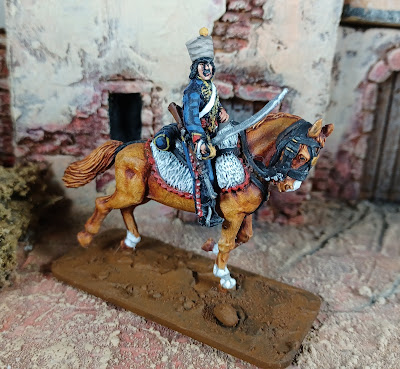 Another with the two halves of the horses swapped, worked ok but not quite as well as the other one. 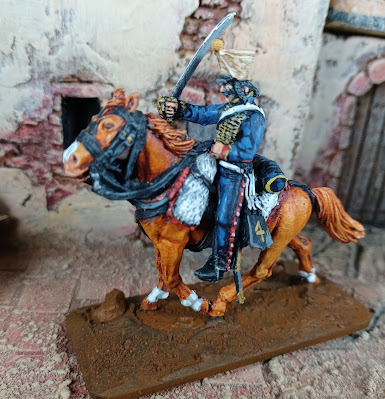 As we have a Russian Civil War game coming up I thought a few Red Partisans might be nice as I dont have any troops without uniform. These are actually Studio Siberia Machnovist Anarchists but perfect for non uniformed types of any side. 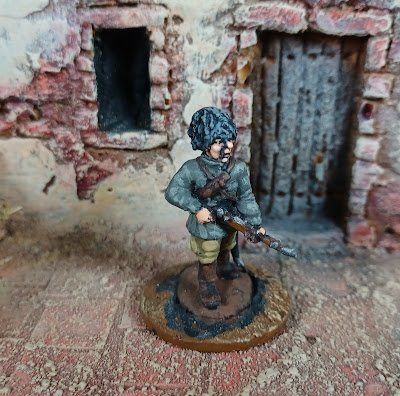 I have tried to keep a mix of mainly civilian clothes with these guys along with a smattering of various uniforms. 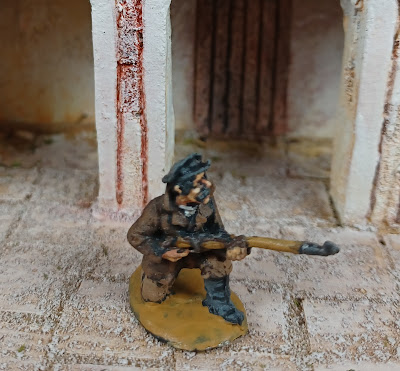 I have also taken the opportunity to make a start on the British Light Dragoons. Perry only do two riders and two horses, both riders are Carbine armed, one loading and one firing, so dont really lend themselves to a unit. I decided a bit of chopping of figures was in order to make things work.
This first one is fairly simple adding a French Hussars right arm with sword and a hand to left arm. I like how this has come out. 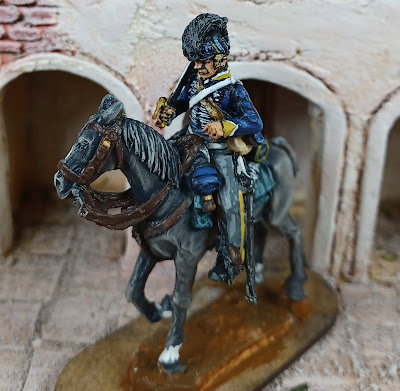 A similar approach to the next one which didnt come out quite as nice but still ok. 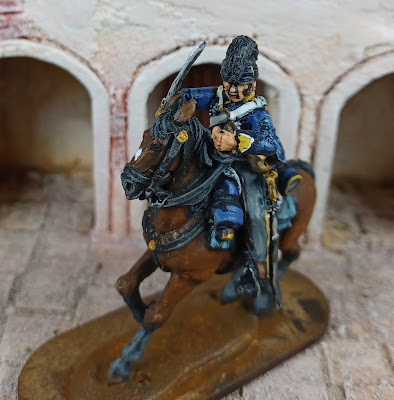 This one had the same treatment but also a head swap to add some variety, it came out ok rather than brill but will look good as part of a wider unit I think. 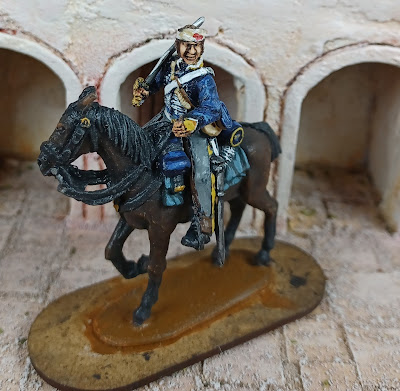 Lastly a leader figure, the arm is a Sash and Sabre arm and the Horse is a Front Rank AWI horse, this took a little more work but I think works well as the leader for the Dragoons. 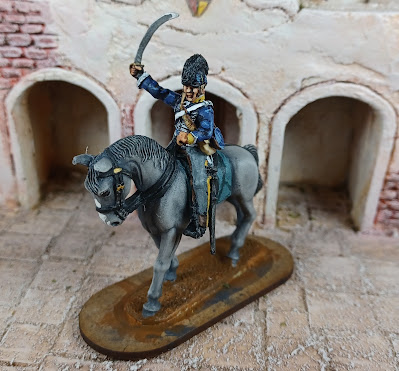 Here they are together, so with a leader and single unit of 8 thats 5 more required. I have made a start on the horses so these will be done over the coming weeks. 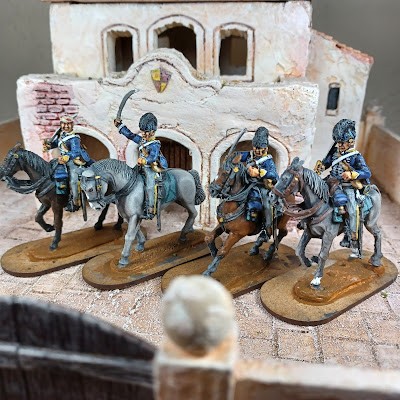 Lastly another bunch of Partisans/Machnovists. Nice to get some RCW figures complete after a long spell. 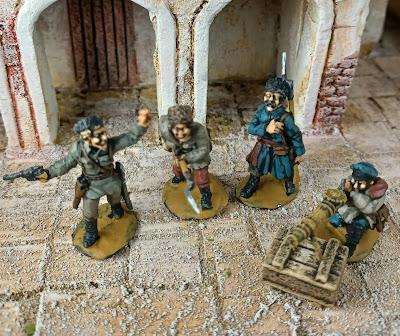 These are Studio Siberia figures and really nice, very characterful and a good fit with the Copplestone part of my forces. 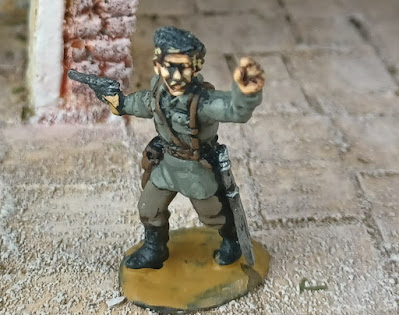 I love this lewis gunner and gave him sme quite generic civilian clothing. 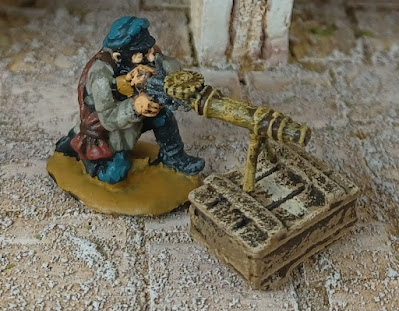 Martial colours but non uniform for this fellow. 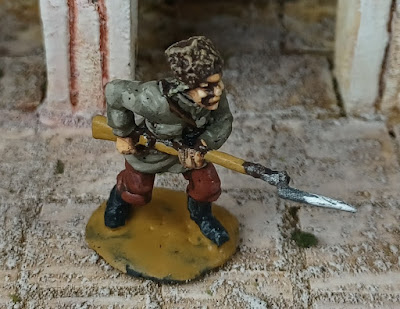 I gave this chap a Civilian coat but it could equaly be a Ukranian Army coat. 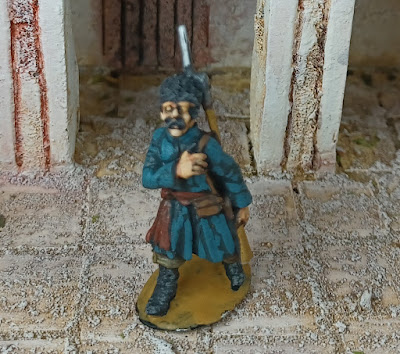 A couple more of these will give me a full unit. Hopefully have these based for the forthcoming game.
Watch this space.
Posted by RogerC at 02:26