So getting back into the painting over the bank holiday weekend.

These three French Ligne give me a group of 8 with yellow pom poms and enough for a formation of 3 groups of 8 so 24 figures.

The two marching figures came out very well, the drummer a bit less so, one of the very few castings in the range I am not keen on, that said I couldnt do a good job on the painting despite re-painting after the first attempt, I may hide him in the second row, shh dont tell anyone! 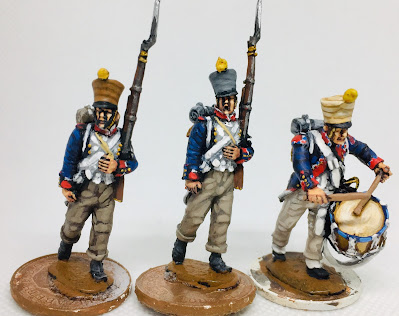 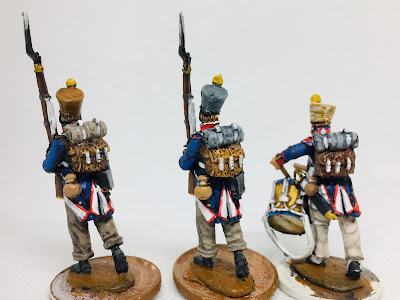 With the Ligne well underway I wanted some Light Infantry Skirmishers so here are the first of the Legere, firstly this officer, he came out OK the face seems a bit clumsy, definately my painting rather than the casting in this case. 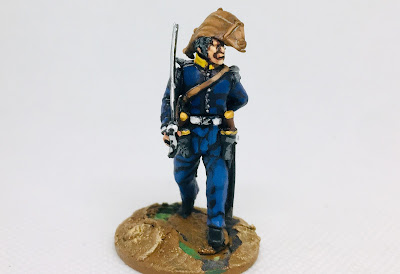 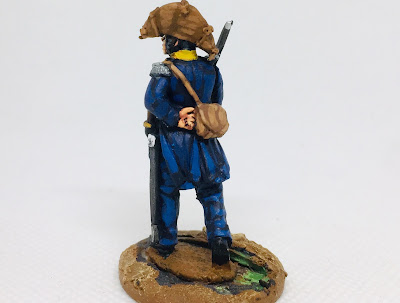 Most of these Legere figures have come out well, I am pleased with the left hand two here, although I realised later that the centre figure needed white metal shako badge and chin straps, the right hand figure is ok, but not quite as nice. 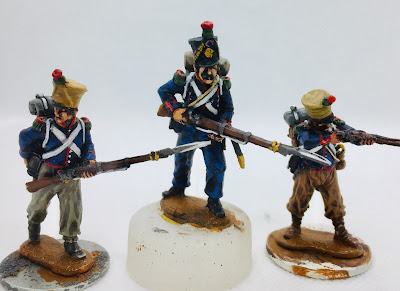 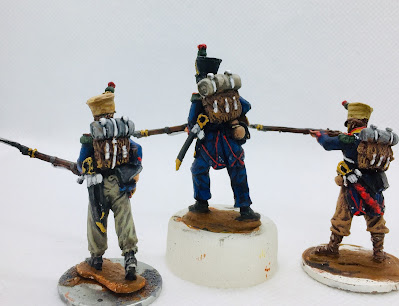 These figures were all bought second hand built but not painted from the late great Ian Smith, the centre figure has a different set of arms attached to give him a totally different look to the original figure. Ian did some fantastic conversions. 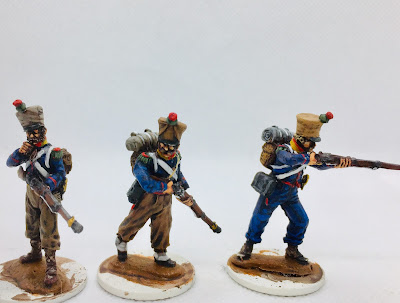 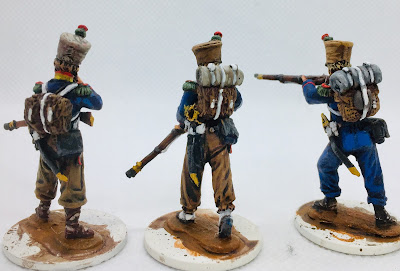 So once these are based we are ready for the first game, onwards and upwards.