I am slowly getting back into the swing of painting and focusing on the French Ligne so we can get our first game in. First off the workbench is the force commander, a mounted French Officer. This first picture was with the old tablet. 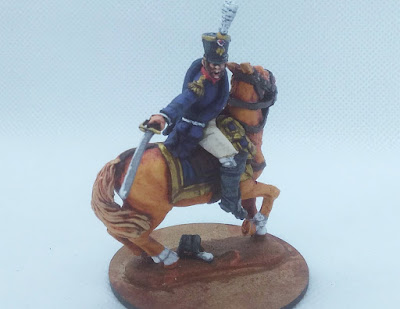 My phone camera is a lot sharper, this chap is wearing a surtout and is very dynamic. A suitably enthusiastic leader for the French. 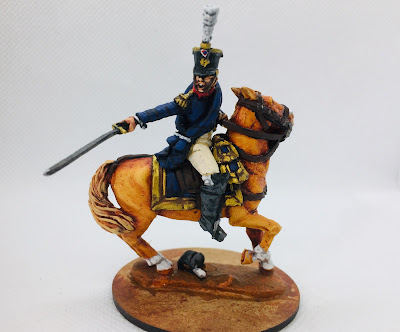 I am pretty pleased with this figure so far its a lovely sculpt. I will get it based soon I think and iys deserving of some detail on the base too. 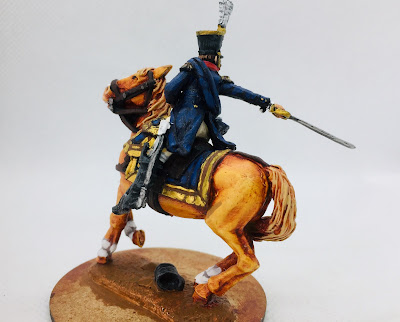 Next three French Ligne continue the theme of different coloured shako covers and trousers.  The buff looks good and I may do another couple in that colour. The middle figure hasn't a pompom colour yet as the last few are still to get slotted into appropriate companies. The Bonnet De Police has come out particularly well I think. 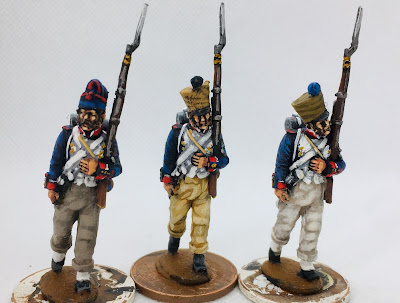 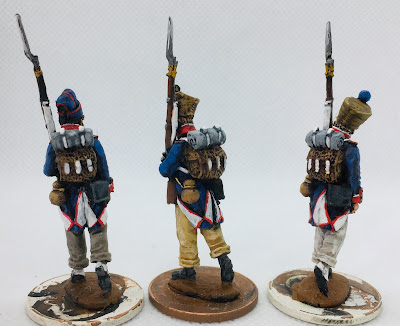 A further three in a mix of colours, the last figure in sleeved waistcoat rather than habit, currently still working on units in either blue or orange pompoms although I am tempted by Yellow for the unit with the eagle. 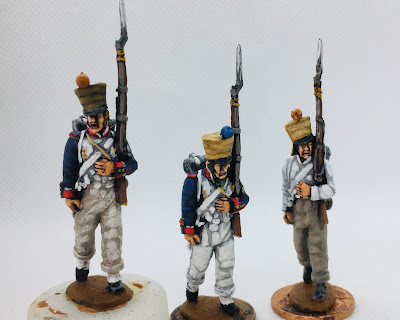 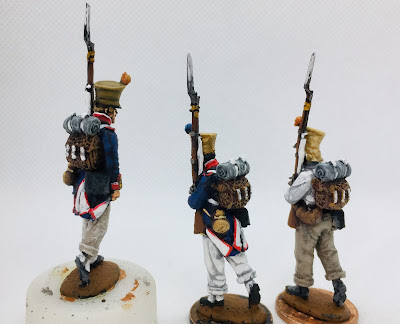 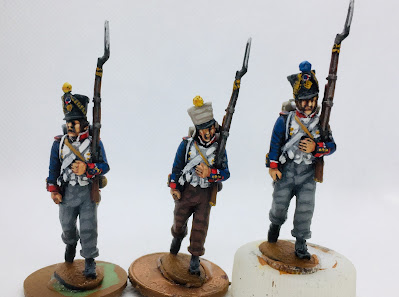 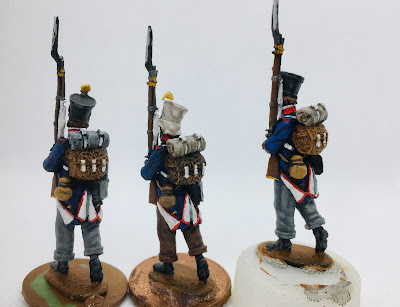 So if I can get just a few more in the Yellow complete I have enough for my first game, I do of course still need to base them all but lets not get distracted by details.
Just before posting I completed these two beauties. The Standard bearer is lovely, the flag from GMB designs for no better reason than thats what the Perrys used and it looked nice. The fusilier is a spare Spanish figure in breeches and sandals, I had painted this and wasnt sure how I could integrate him into the guerillas, realised if I took off his bicorne and dropped on a shako then I only had the head to paint to give me an extra figure that looks a little different to the others. Quite like the end result. 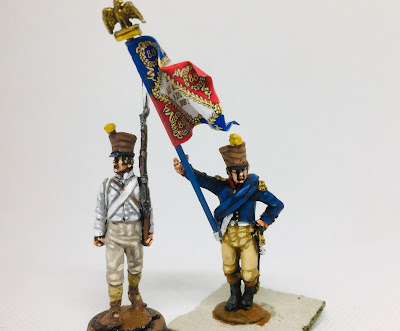 The previously Spanish figure will also be out of step so adding variety to the unit, there is always one bugger out of step! 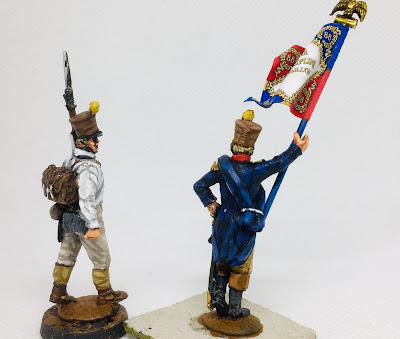 So that gets me half way with the third group of fusiliers, I need a drummer and three more fusiliers and of course to base them all too. Still happy with the progress.