Mainly Royal Ecossais off the Workbench for 1745 Rising

Wiht just 6 to finish I wanted to tyr and get the Royal Eccossais off the workbench and onto bases varnshed and ready. I did however get ever so slightly distracted!

Chum Chris sent e a lovely painted Sikh Civilian he had picked up, a decent paintjob so I didnt do much to it really, repainting the flesh and beard, highlighting the turban and sash then adding a jezail. I like how it came out. 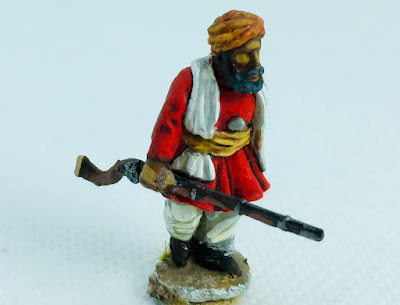 The original being pretty good this chap probably took me 15 minutes to tidy up. 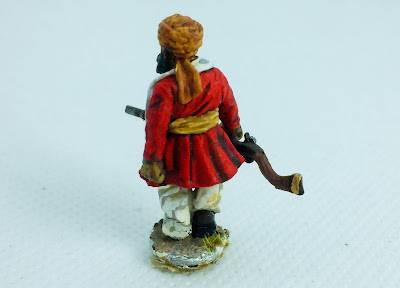 Whilst I was workign on the Royal Scots I thought I might run out a few more highlaners too, these four are all from Redoubt enterprises. 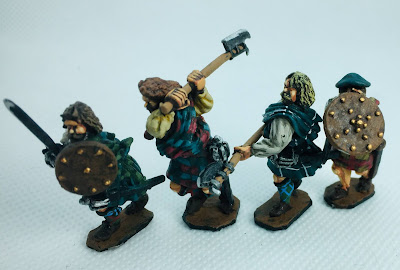 As with preiuose figures I am keepign the Plaid very simple. 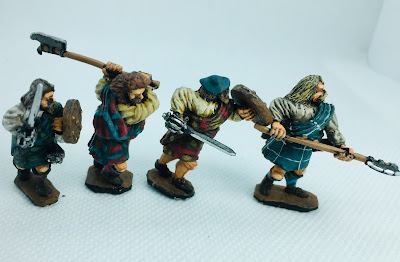 The last of the Ecossais here, 6 of the 8 figures from the Kickstarter to finish off the unit.I particularly like the standing loading chap but they are all very nice indeed. 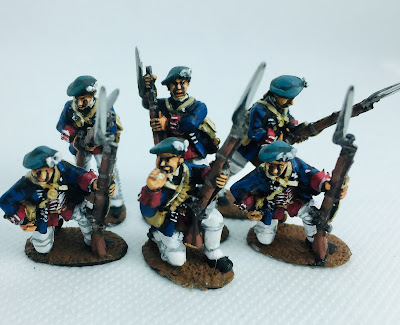 I will have a front rank kneeling and a rear rank standing so these guys add some much needed variety to the aiming/firing figures I already have. 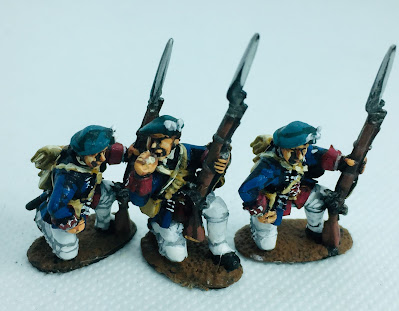 There is still soem debate over the uniform these guys wore on campaign, personally I like this cut down highland version of the uniform with a couple of officers in more formal full French uniform. 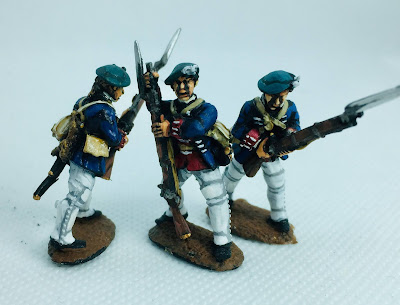 These guys, unlike previous figures, come with cooking utensils etc hanging from their backs, with one of the kneelign figures having two knapsacks. 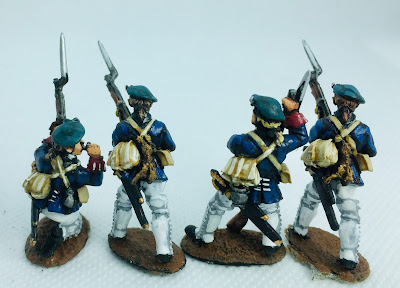 A close reveals some nice detail, I especially like the rabbit these guys will be having for tea.

Based onto 40mm deep by 35mm wide MDF this is the colour party which looks particularly lovely in this regiment. 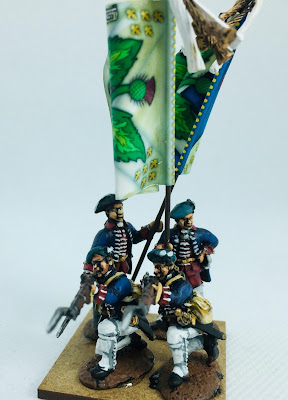 To make this wrk I spread the command across the rear rank rather than all on one base, otherwise the kneelign figures would have ended up in the rear ranks as well as the front. Really pleased with how they look. 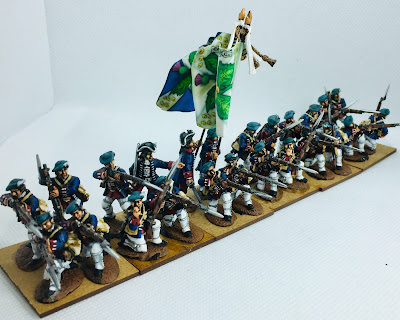 A bit of a closer look at the unit, probably my favourite figures so far for this project. 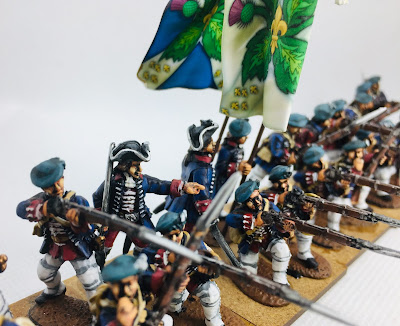 Thats it for now, probably moving onto Sikh Wars again next, until then stay safe!