Having recieved the fantastic new Flags of War kickstarter I dived straight in to start getting some units finished. I have also been comparing my phone camera against the one on my new work phone, see what you think. The first lot are all on my new works phone.

I have 16 of the Royal Ecossaise painted so the pack of 8 loading is going to allow me to finish a formation of 24, first two here, really like these, always been a favourite unit of mine. 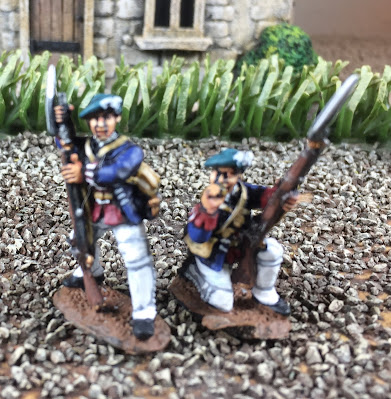 These particular pictures are a bit blurry on my works phone, common I found on a newer iphone. 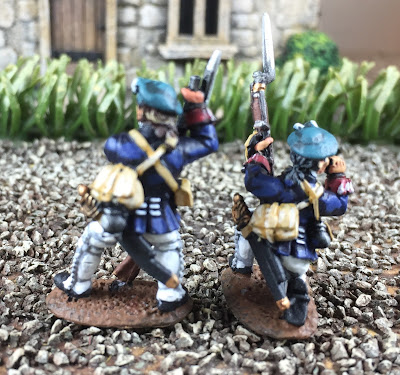 These two are of course Redoubt not FoW but I decided to throw these into the mix on the painting table whilst I got stuck into the regulars. 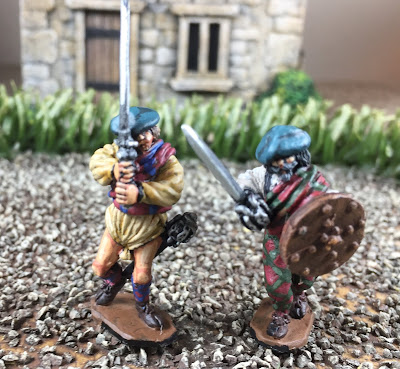 I do like these dynamic figures and they are really useful for other periods. 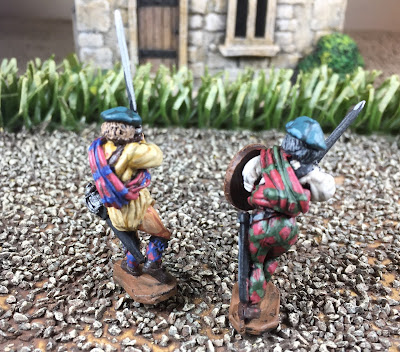 Oh I also did a couple of figures for chum Chris, he is starting a Masai force and asked me what colours I had used in the past, thought it might be easier just to paint one for him. 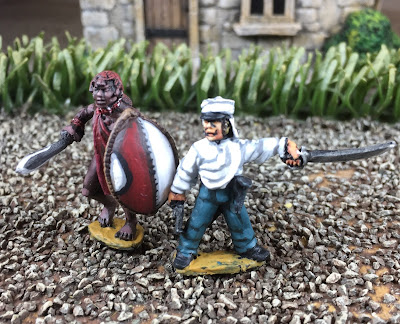 The seargent is a freebie for hitting stretch goals and is a really lovely figure. I am not convinced I have done him justice, the laces just didnt come out as I wanted, even after 2 attempts. Still he looks OK here. 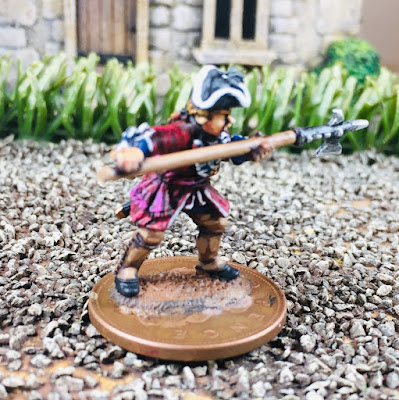 To finish of the Govornment formation I need 4 more musketeers or hat men, loading seemed the best fit for the firing line I am doing and they came out quite nice. 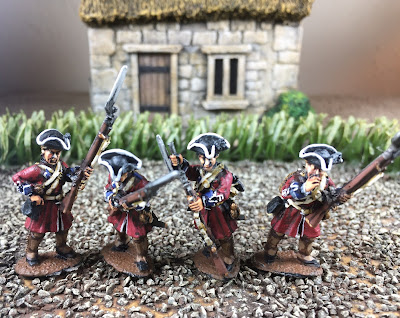 This gives a formation of 3 groups of 8, a total of 24 but I do have 8 Grenadiers to paint up at some point and add to them. 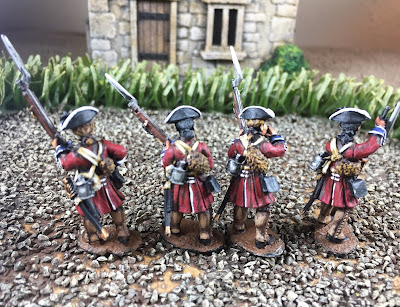 So having finished these 4 I based the three groups up,  have gone with the slightly slimmer bases Steve Shann and I are using for the AWI 40mm deep but only 35mm wide giving a very close formation. I like the result. 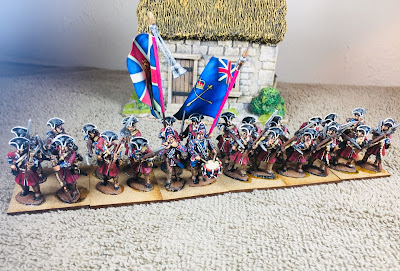 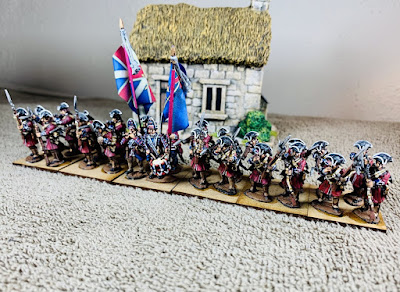 The one above and all next ones are all taken on my old personal camera, a slightly older iphone and generally ever so slightly worse quality pictures. 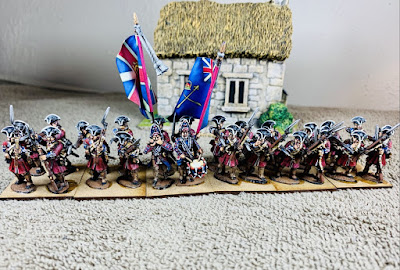 The hatmen slightly sharper and lighter. Looking good on this image. 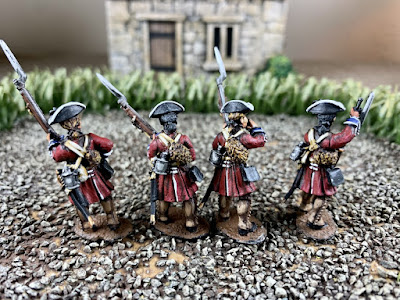 I have used  darker red than usual for the British I think it looks much nicer here than the usual very bright one. 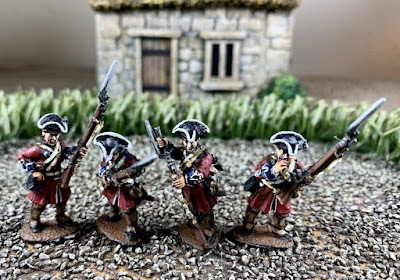 The seargent looks muc better on the new camera for some reason. Lovely figure either way. 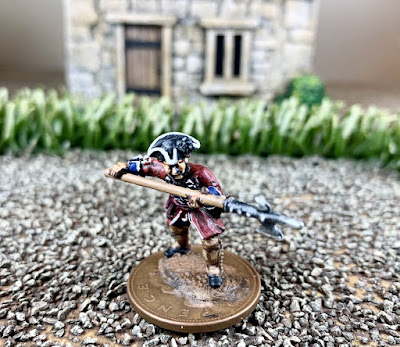 This one looks OK but not perhaps as nice as the new camera, odd really. 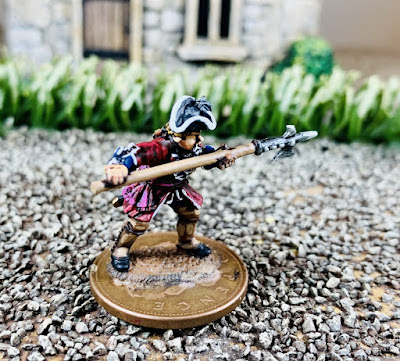 These two really dont look so good on my old camera. The white looks grey on the officer. 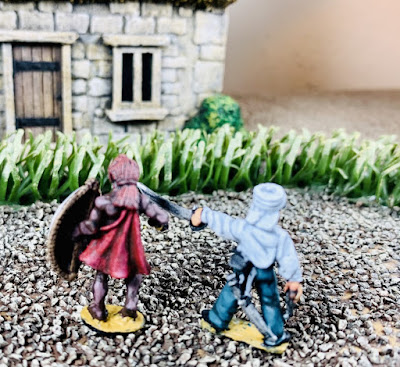 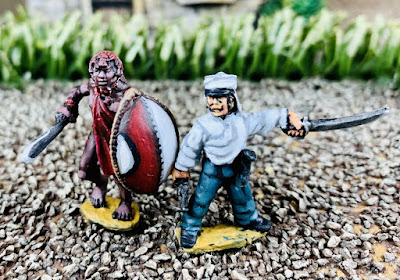 The scots look pretty good on both cameras I think. Still keeping the majority of the plaids nice and simple in two colours with some highlights to bring them out. 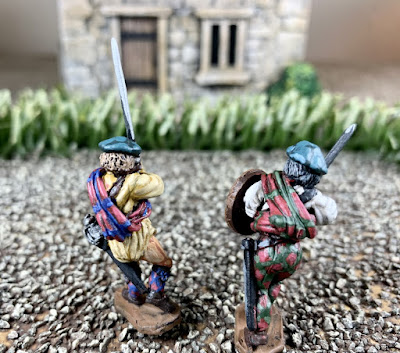 I do love the big two handed swords despite the Jacobites in 1745 being mainly armed with musket and bayonet. 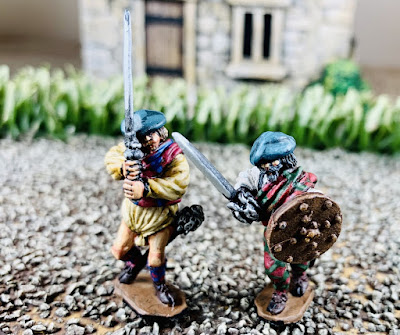 These Ecossaise are less blurry but not quite as colourful. 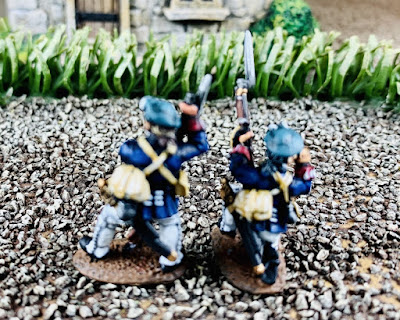 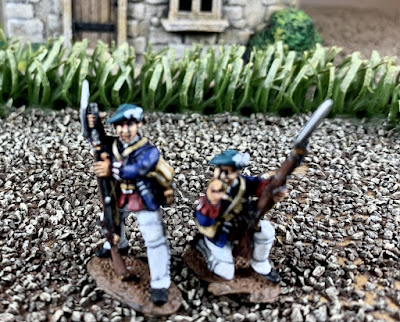 So just 6 more of these last and the unit is finished, that will be my focus next I think. Maybe being slightly blurred makes them look better?

Plenty to go at once these are done, possibly a mix of Highlanders and mounted officers once the Royal Ecossaise are done. Until then, stay safe!