More Sikh Wars off the Workbench

I have a bunch more figures off the workbench and finishing another couple of units off for the British this time. The Wargaming butterfly currently satisfied to flit from one unit to another in this project rather than project to project so getting a decent ammount completed, it cant last.

The first one to share with you is this British Officer, a Perry Miniatures British Auxiluary Legion commander from their First Carlist War range. 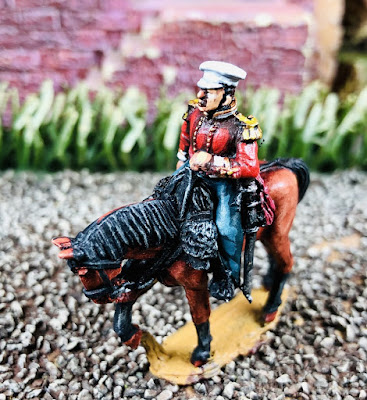 The time line is about right for these figures and this uniform is a good fit for the Sikh Wars project. 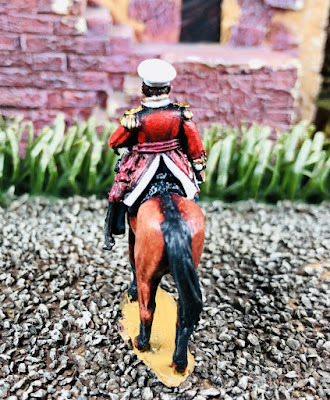 I do like this blood bay colour of the horse too, just the sort of hunter an officer might have brought from home with him to India. 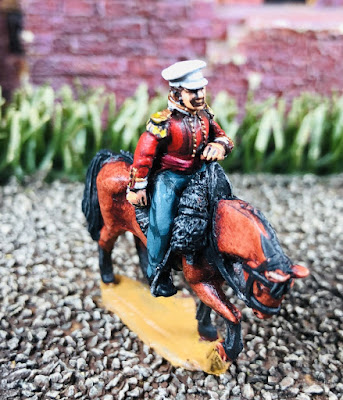 This latest bunch of Sepoys finishes another battalion for me, a mix of Iron Duke, Foundry and a Perry Napoleonic Plastic standard bearer with head swap I particularly like. 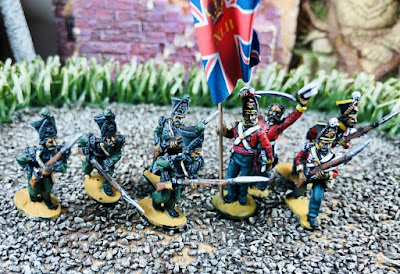 The light company in green might be slightly early, they had green faced black uniforms by the mutiny and were starting to move over to rifles too, but they look nice and are very simple to paint. 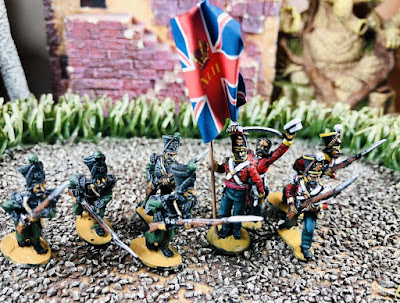 A close up of the redcoats gives a good view of the head swap for the plastic standard bearer. The head is from one of the Foundry Sepoys. 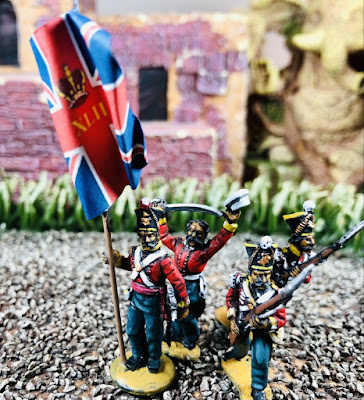 The left end light bob is Foundry, the other three are Iron Duke/ Empress. Lovely figures which work well together. 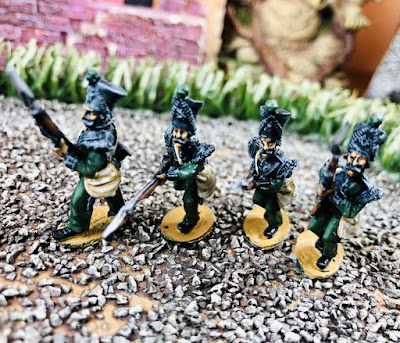 A bunch of mainly Muslim irregulars will fill out the ranks of my Muslim hill tribes, a real mix of makes here. I particularly like the officer. 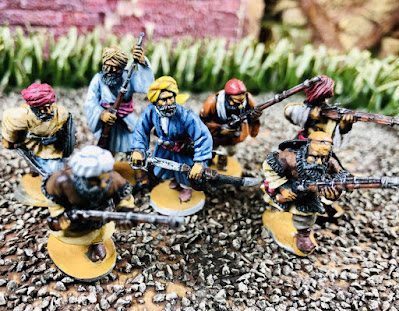 This Perry plastic Afghan has had a Sikh head put on so he can mix in with my other Sikh irregulars. 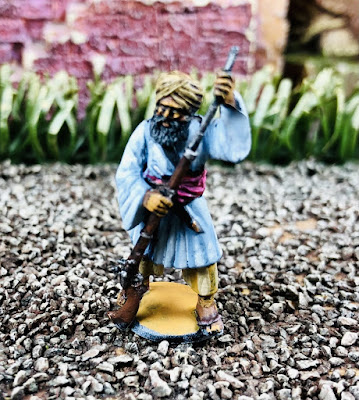 This Iron Duke figure will be joining others to make up a unit of Bahalwalpur matchlockmen. 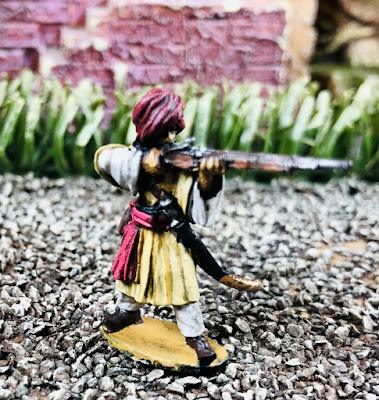 These three metals are all different makes from left to right Studio, Foundry and Perry. All fit together nicely enough. 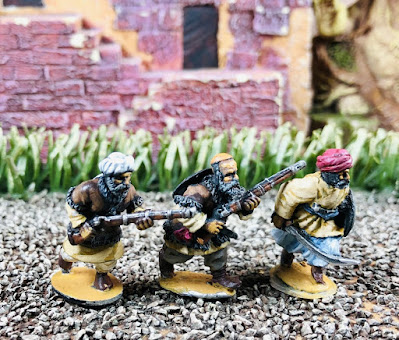 These four Bengal Light Cavalry bring this unit to a full complement now too, its a lovely colour scheme. 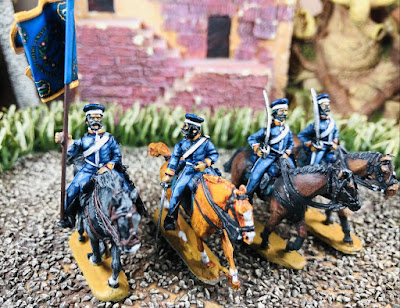 All Iron Duke / Empress figures with the exception of the lighter horse which is Mutineer Miniatures. 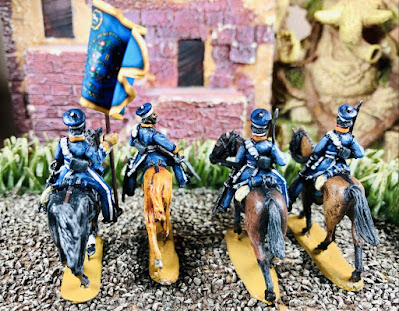 Talking of finished units here is the Sepoy unit glued to bases ready to flit over to York for basing. 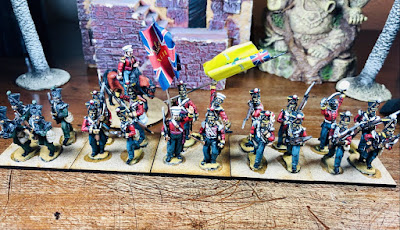 The last couple of Afghans gives me the figures for a command base of Muslim hill tribes. 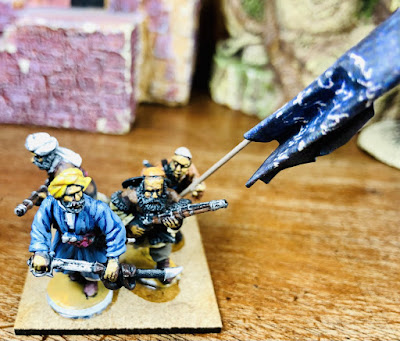 This is the second regiment of Bengal Light Cavalry finished, bit more of a mix here, they are nearly all Iron Duke with the exception of the Officer, a Wargames Foundry Indian Mutiny figure, the horses however are a real mix. More detail when they are back from the basing department. 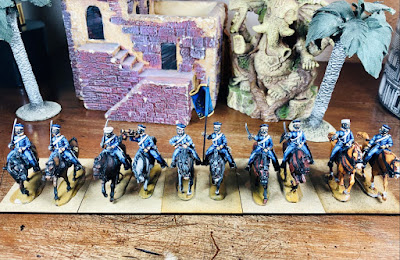 So good progress, the collection will look much fuller post lockdown than it did pre-lockdown for sure. Now we just need to get to a point where we can get them on table.

Stay safe and I will see you soon.