New figures for the Deluge Cossacks and Poles

There are a few manufacturers I have looked at and in the end I have bought a number of bits from different manufacturers to make up units but also see how they compliment each other.

A bunch of figures from Essex arrived this morning along with the Osprey on "Foreign Troops" Cosscaks, Tatars and the like.  The majority of these are really nice still and will fit in nicely with the other ranges of figures. 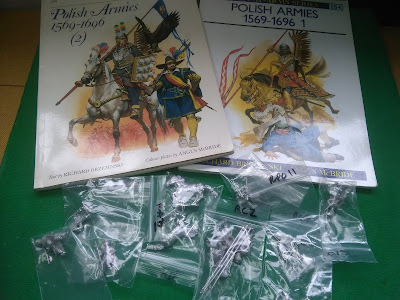 The Cossack pikemen are quite nice and come with a number of different heads. Pleased with these. 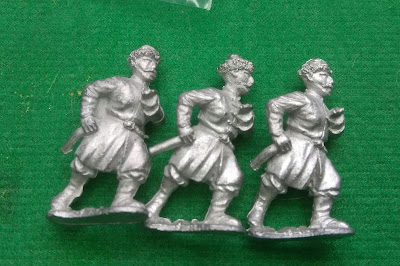 I also picked up a few other bits, a couple of Eastern light horses, a mounted Cossack, a Pancerni and a Cossack general although not keen on his dodgy helmet. I also got a Cossack gunner and a Cossack officer, both nice figures although the officers Sword is more like a long dagger. Again these will all mix in quite well. 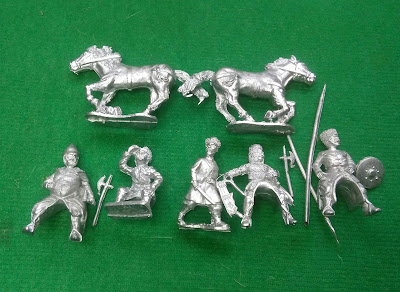 The Polish Dragoons probably are less of a good fit, a bit skinny with short muskets and the same pose. I doubt I will get any more of these. 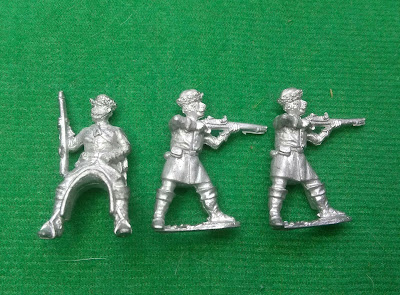 I also picked up this lot from Ebay, mainly Winged Hussars. Bit odd, not very well painted they are charging riders on standing horses and the lances are bit bent and knocked about with the ball on the handle in what feels like the wrong position for me. Still they are cheap enough so hopefully a bit of work will sort these out. 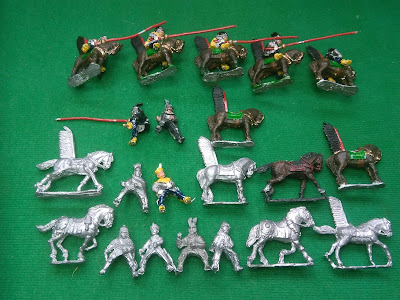 They came with a couple of Pancerni horses, a Pancerni rider, an officer I can also use with Pancerni, a light horseman, a Tatar and an armoured Turk (I may use this one as a Tatar officer) Hopefully a full unit of Winged Hussars and 6 figures left over to kick off or finish off other units. 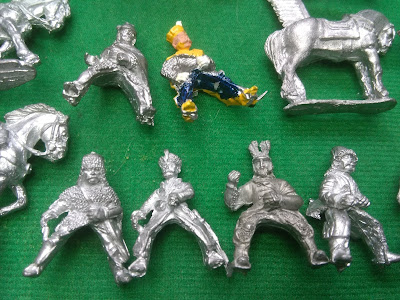 I have had the redoubt figures for over a week and pretty pleased with them. The Cossacks are OK and should mix in well, the Pancerni though are great, two Oficers will command two more units, the split bodies of the Pancerni allow for a a great mix of poses and also of weapons. Although one of the seperate arms has a snapped off Sabre I will need to sort, still I do like these a lot. 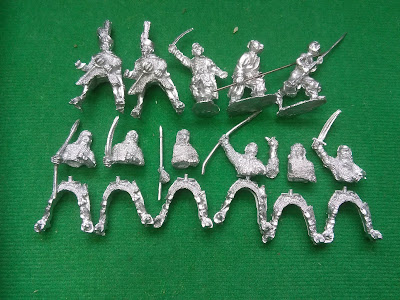 Last lot for now are from the Assault Group, lovely figures but a bit pricey since their increase last year. Using these to flesh units out. 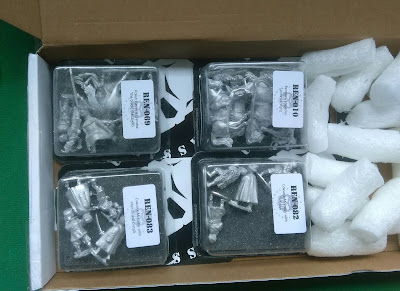 The eight Cossacsk will flesh out my new foot Cossack units, these figures will probably stand in the front rank as they are very nice. The Pancerni will bring me enough figures for two extra units and the Command figures may take me up to enough for a further light cavalry unit. The dismounted guy in mail shirt I am not sure about, perhaps mix him in with the Polish Dragoons when I eventually get some. 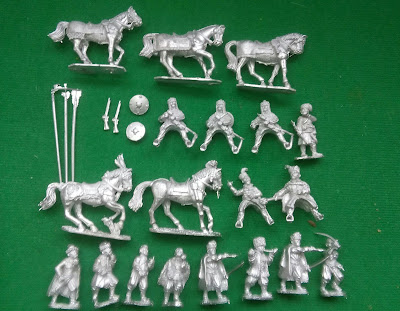 So along wit the figures I already have I think this gives me enough for at least 3 more Cossack foot units, 2 more Pancerni Units, 1 more Polish light cavalry unit and 1 more Winged Hussar unit. That will probably give me enough for a game.

In the meantime seriously considering the Thirty Years War Bohemian Dragoons from Horcata I believe a Czech company, these look to be sculpted by Paul Hicks and are lovely but would still need a head swap. https://www.horcata.eu/photo/musketeers-jan-1-jpg/

I have most of what I want here, I will however probably pick up a unit or two of the fantastic Cossack foot from Warfare miniatures and also at leats one unit of Cossack horse, maybe even soem Tatars. I think that will leave me just slightly short of Polish Pancerni and of course with no Polish foot at all so possibly a future purchase around those. But for now plenty  to work on.
Posted by RogerC at 04:23