Chris was putting on a Chain of Command game at the Garforth club and Mark, Steve and I were keen to have a go. Mark was caught in traffic but Steve and I made it to join Chris Flowers and Rich Croisdale for a game with Chris Charltons British and Germans for his Sealion campaign.

Of course it could have been anywhere but for the red letter box and the Cenotaph. 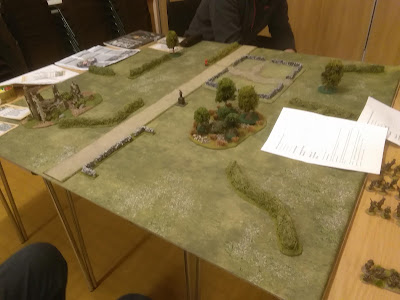 A decent amount of terrain and cover is a must for this type of game, the ruined house is a particularly nice model. 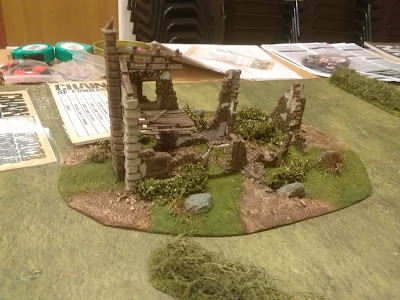 The first phase of the game is scouting where the players have a bit of  a mini game to get their deployment points where they want them. An interesting take this one, I will do better at it next time now I know what its about. 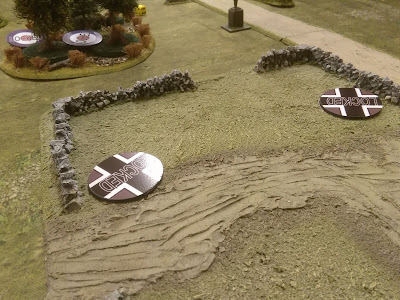 Once thats done we have our deployment points, 3 each,  and can start to play. 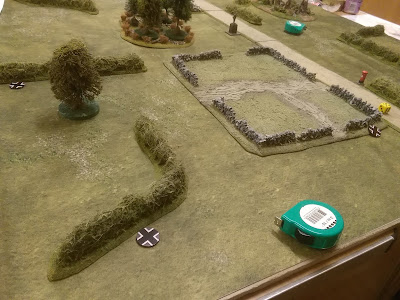 Each player rolls 5 dice and each number can do different things. a 1 activates a firing group usually 6 riflemen or an LMG and crew or similar, a 2 activates a squad or section with 2 firing groups in it, a 3 a junior leader who can both activate his squad and remove shock, a 4 is a senior leader with 3 points to spend on activating units and removing shock, a 5 is a point on the chain of command dice and a 6 is nothing unless you get two which allows you another roll of 5 dice after pending the ones you have.

A bit to take in but works really well once you have you head around it.

Germans go first so Rich and I get to deploy a senior commander and the heavy machine gun, we have no targets so put it on over watch. 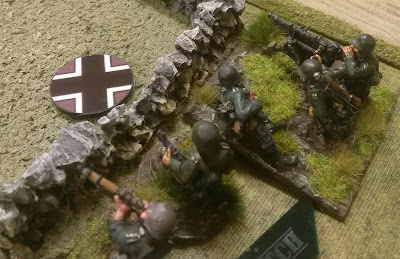 British go next and because we are already deployed they can open fire on us so we start to take hits straight away, fairly quickly all of the Germans are deployed and all but one of the British sections. 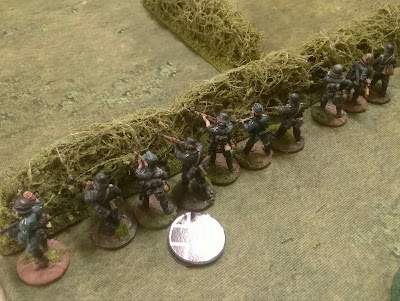 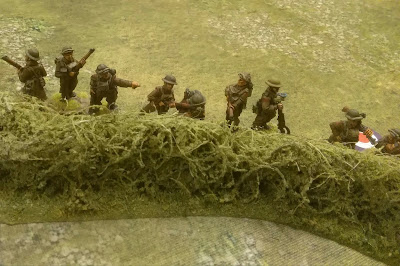 Next go and we start to inflict some damage in the form of shock on the British MG. Steves return fire though is a little more effective. 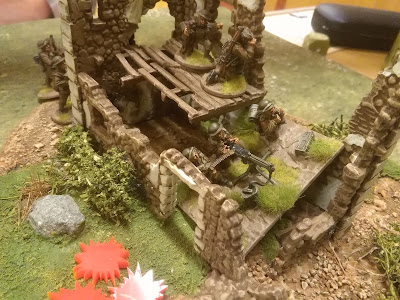 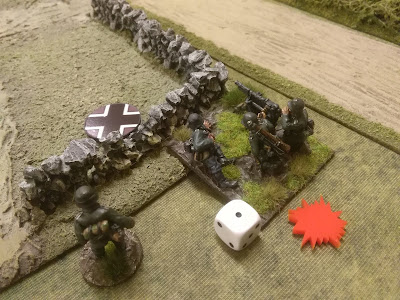 Chris opens up on our forward section and this takes some serious casualties and wounds the section leader. To make matters worse Steve has thrown double 6 so they get to go again and guess what? Yes another pair of sixes so he goes yet again.

By the end of that stint we are in trouble one section battered and the MG on the verge of collapsing. 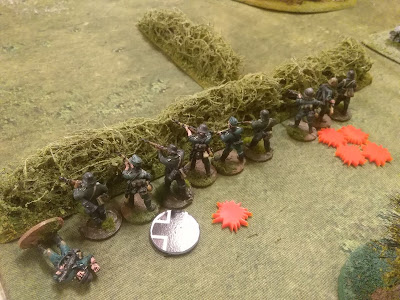 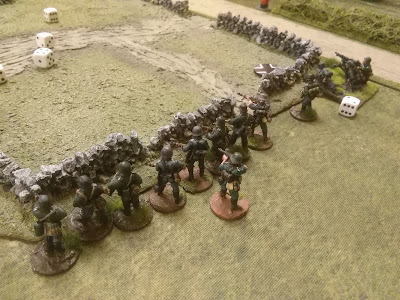 Our turn now and we bring on the last section and start to concentrate some fire on Chris's section.  Our MG is seen off and our force morale takes a ht but in return fire we drive off the LMG fire group from Chris's section. 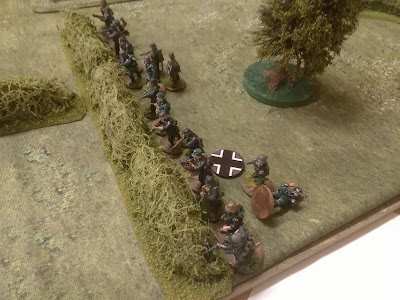 Finally Chris's last section turns up, however the Germans have now got the upper hand, we see off the Vickers MG and also kill all of the crew on Steves Bren. It has gone full circle and the British force morale is down to 2.

At this point we get another chain of command point taking us to 6 which allows us to end the chapter. This does a number of things including forcing all routing units to leave table and take force morale tests as well as recovering injured commanders. This means with three roles to take and only two force morale points left it is practically impossible for Steve and Chris to win, they concede defeat and we talk about our thoughts on the rules. 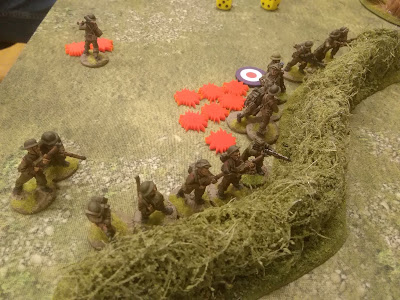 Richard is the only one who has not particularly enjoyed them, but then he s not a fan of skirmish type games. The rest of us have thoroughly enjoyed them and are already planning whats next and if we can use them for actions in earlier periods like WW1 East Africa.