So I have been a little quite of late, particularly on the Great Northern War front.

I have hit my initial target of 12 battalions of Swedish foot and I am now waiting on the release of cavalry from Warfare before I progress, initially planning to take my 6 units of Swedish horse to 10. I haven't entirely stalled this project having painted a unit of Saxon Guard recently which is currently with the basing department. But it does mean I am filling my painting time with some of the other projects. So many projects and so little time. 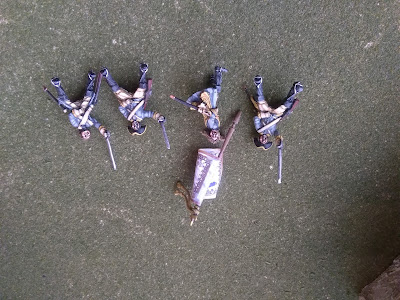 I have made headway with some figures to use as Swedish Cavalry and also with the horses for the Guard so they should come off the painting table quickly when I eventually get my hands on some. 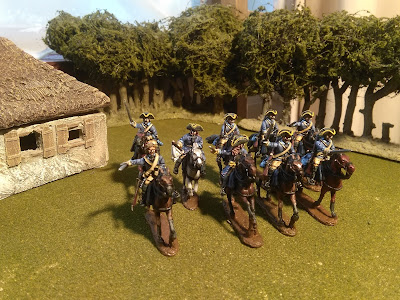 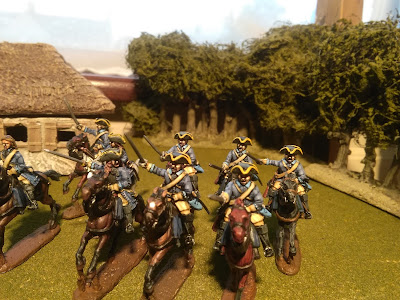 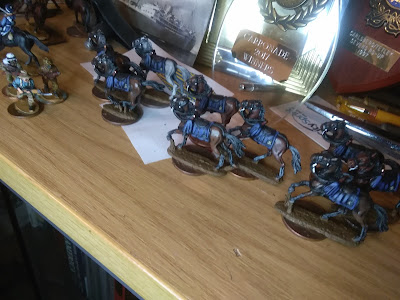 You will already have seen the Sikh Wars figures, at least some of them anyway, and also some of the Russian Civil War project. I have a couple of other projects and ideas fermenting so thought I might take the opportunity to fill you in, so please excuse my mad ramblings.

So firstly the Sikh Wars. This is a very long term project and will be resource heavy in terms of figures, cash and time. I have probably 60% or more of the figures I need for the project, particularly the Sikhs. Painting them will be a long labour of love. I have about 300 foot to paint just for the Sikhs and perhaps a third of that in horse not forgetting lots of lovely guns.

I am happy to use a wide mix of troops as long as they are nice sculpts. The size difference between the old foundry and the new Iron Duke and Studio Miniatures ranges is OK if you dont mix the figures.

As a side project I am tempted to use some of the Sepoys and irregulars for Indian Mutiny and add a small smattering of specific figures. The time line is not far off and many of the Uniforms translate like the Bengal light horse pictured below. This would very much be a skirmish game with 8-12 figures per unit and maybe 100 - 200 figures on table at most. I have a set of my own rules for Mutiny so would be nice to get them out again. 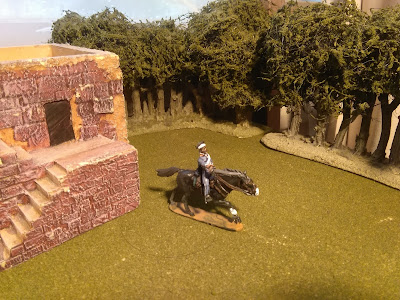 Russian Civil War effectively is a complete collection, however as I had used 12 figure units in previous rules and now use 8 figures in two fat lardies Triumph of the Will, I decided to use a small number of castings to take the 4 spare figures into new units. I then fell into the trap of finding some lovely new figures I just had to paint. so I do now have 30 plus figures awaiting attention before I can sign this particular project off. That said there is plenty enough for a game so they are getting used regularly. 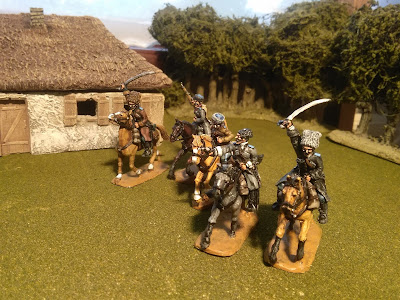 Russo Polish War is an addition to the Russian Civil War project. During 1919 the Poles decided on a pre-emptive strike into the Ukraine before the reds were ready to attack them. This led to a large invasion by the red army, Poland being viewed as the door to the west for the expansion of the revolution. So I already have the red army its just about the Poles. These are fascinating, the Poles fought in the Russian, German, Austrian and French armies during the great war in very large numbers, in each case being promised their own country to govern once that side won. in 1918 thier new army still had its original uniforms from whichever countries army it had been serving in, the french part wearing horizon blue rather than khaki. Add to this the later 1919 volunteer uniforms and the widespread use of cavalry with lances and this become a very interesting and colourful army.

I am currently about half way through this army, its great fun but quite hard work with lots of minor conversions, mainly head swaps. My current focus is the Polish Legion which was ex-Austrian army. Using Woodbine Turks with soft caps alongside Studio Siberia figures designed specifically for the Legionaires I should have a few units of these done in the near future. 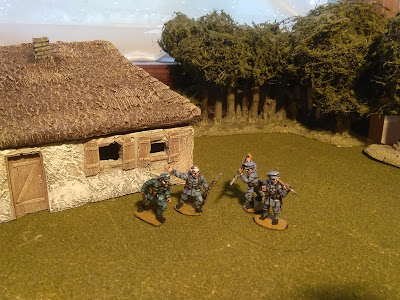 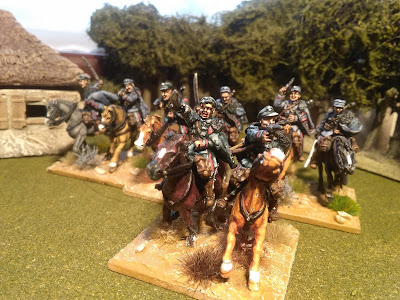 WW1 in Palestine arose from an interest in the wonderful Woodbine Miniatures range and the ability to use most of my British and Commonwealth troops from my East African collection. I have a dozen or so figures to paint for each side plus a bit of cavalry and some machine guns before we have enough to play with. These figures are really nice though, I do enjoy painting them. In both cases the cavalry will be conversions. The British from WW2 Perry yeomanry and the Turks from one of the WW1 German figures available, in both cases with head swaps. As I speak figures from this range are on the painting table. 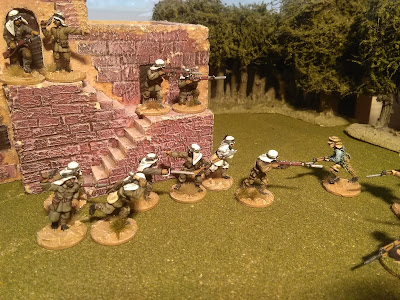 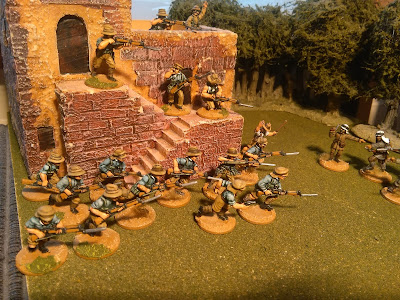 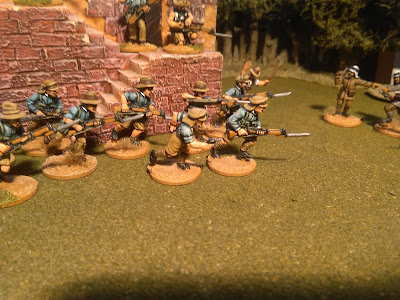 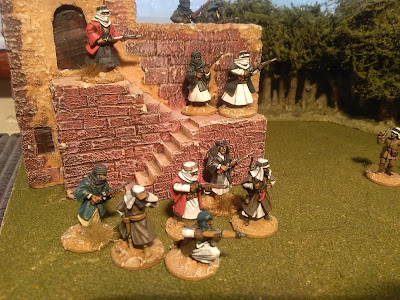 No prizes for guessing what I am enthused with today! 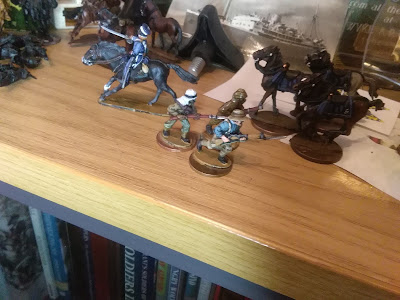 El Cid christians were covered in an earlier post and are about 80% complete, the moors about 60%. I have the odd figure in my painting box waiting for some more of the unit to be finished. This is one of the ranges some of my wargaming chums are also investing in. It will no doubt be armoured knight heavy but as the moors hired mercenaries I am not too concerned by that. This is also a longer term project. We have enough for a small game and eventually will have enough for quite large multi-player battles. 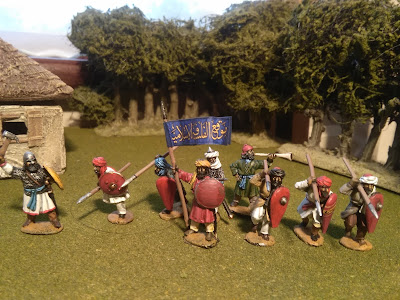 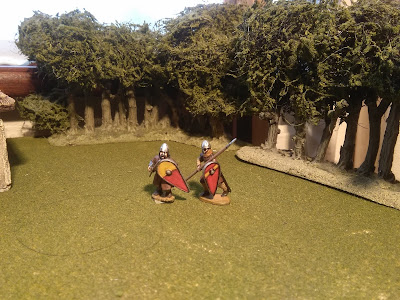 I have loved painting my British Late Bronze Age despite their use being pretty much limited to SAGA games with or adapted battle boards, they are beautiful figures and I have enjoyed the conversions required to expand the fairly limited range, I have to admit to being quite proud of this small collection. I do still have a couple of dozen to paint and another chariot I think too. I doubt I will spend huge amounts of time on this collection unless we do another game at a show in the near future. 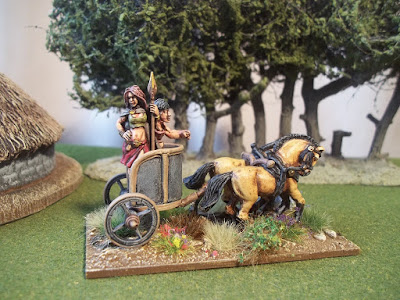 My Carlist Wars collection is another that is 95% complete. I have a few generals and a battalion of non-uniformed Carlists to do at some point but other than that no plans to expand this. 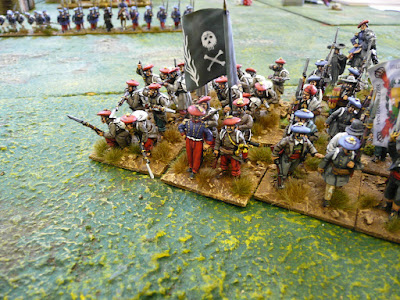 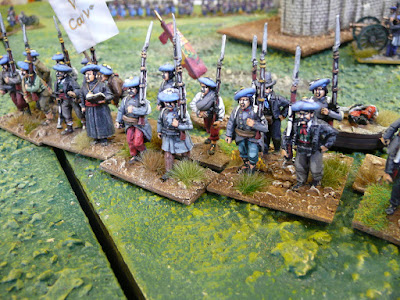 The AWI collection is well progressed and I have enough of both sides for a small game. I do still have about 5 battalions worth of figures in the lead pile but wargaming chum has more than enough figures for both of us so there is less of an incentive to get these done.

Lastly (for now) and most recently is Napoleon in Egypt. Again I plan for this to be a skirmish game and picked a few figure sup fairly cheap from ebay. I dont have a clear idea where this will finally go. I fancy some of the Bashi Bazouks from the Perry Sudan range to use as Mamelukes or Turks along with some units of both British and French regulars with the odd exotic unit like the Coptic Legion or one of the German units in British pay, maybe the Corsican Rifles will make an appearance? I also want some Bedouin, ideally I can use these for WW1 Palestine too. I am tempted to use the Gripping Beast plastic dark age muslim cavalry and use the more modern Arab headress available with the WW2 Perry Desert Rats. Food for thought. 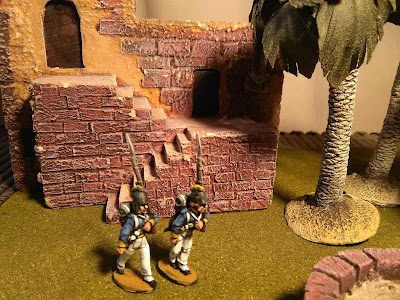 So there it is the full horrifying truth of all the various projects sat in the lead mountain and buzzing around my head. I am sure there are some I have missed and others I am considering (I have 3 painted cossacks and 3 painted Polish infantry for Napoleons retreat from Moscow and half a dozen WW2 Japanese jungle fighters in a box somewhere) 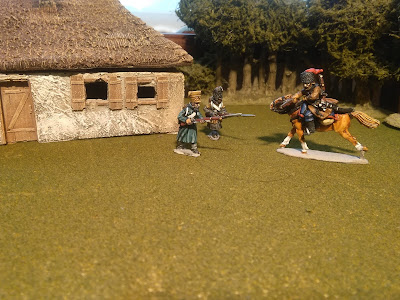 I will continue to drip feed my progress on these in between the main focus on The Great Northern War, hopefully this wont put anyone off who is mainly focused on the main project of this blog. Back to Charles and the Swedes soon I promise!
Posted by RogerC at 10:20