So the basing department is home for the weekend and just to prove that I have not forgotten my Great Northern War project here is a unit of Saxon foot.Its the fifth battalion and the fourth and last battalion of the Guard. Its a sunny day here in gods own county so excuse the odd picture being a bit washed out. 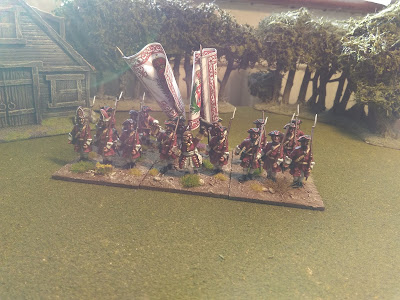 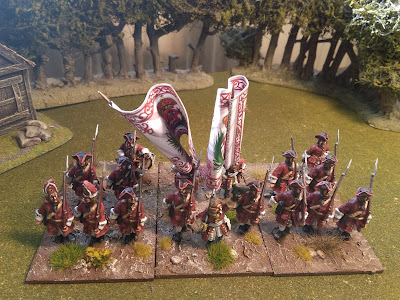 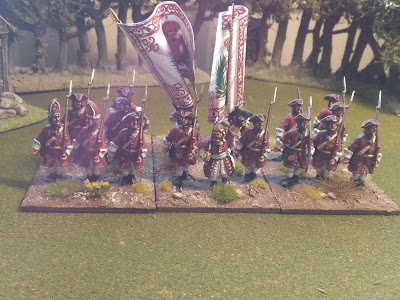 As with the other units I have gone with the virtual third rank and have used Wargames Factory WSS plastic figures for the rank and file whilst using Ebor and Wargames Foundry metals for the command. 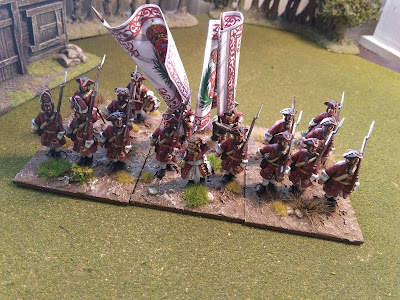 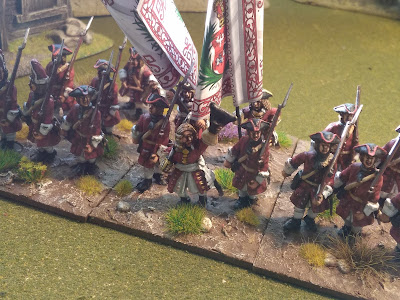 It perhaps seems a little odd that 4 out of 5 units are guard, however this sint about fielding super troops, I doubt they were much better than the rest of the Saxon army which was fairly good in comparison to most Western European armies. 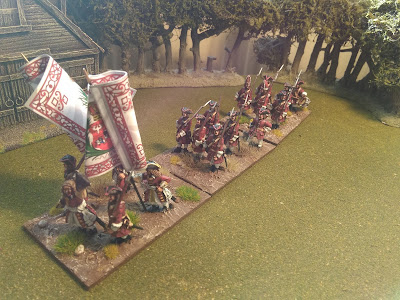 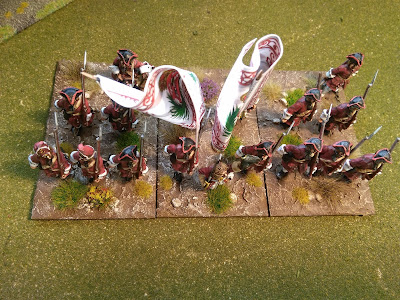 No, I have the guard because they fought in so many enagagements. I am doing two regiments to each brigade and two battalions of each regiment so a brigade is 4 battalions. The Guard had both Saxon and Polish battalions so 2 of each seemed appropriate. 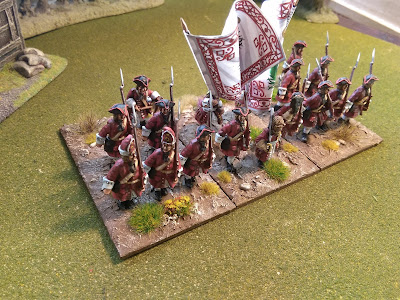 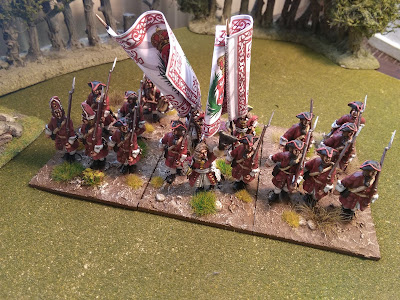 I am having a bit of a holiday from Great Northern War so we wont see many more until the Warfare Swedish Cavalry come out.

So for now here they are the last of the Saxon Guard.