So I alluded to another unit of Saxons back from the basing department and here they are. These are the second battalion of the Polish guard and the third out of four for my Guards Brigade. Like the Swedish Guard they saw lots of action in the Great Northern War and also fought in the War of the Spanish Succession making them multi purpose.


The uniform and the flags are the same for the Saxon Guard and the Polish Guard, the only difference really is the Grenadier cap and I have made the hat tape different. 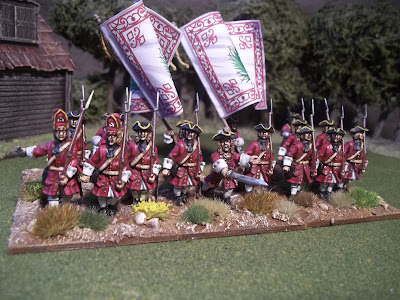 The majority of figures are plastic Wargames Factory with metal command figures, inthis case mainly Wargames Foundry. I find the Wargames Factory figures quite nice Probably the only thing I am not keen on is the faces on the Grenadier heads, but as less than £0.30 per figure when I got them I cant complain. 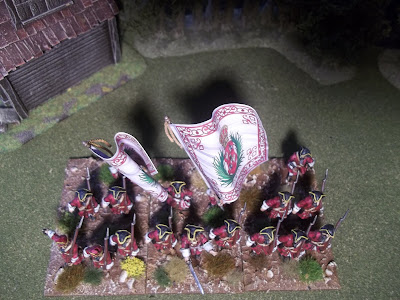 With the marching figures the ranks show up much better than the charging Swedes, the above and below pictures illustrate this quite well. 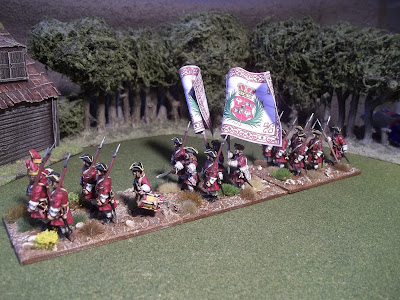 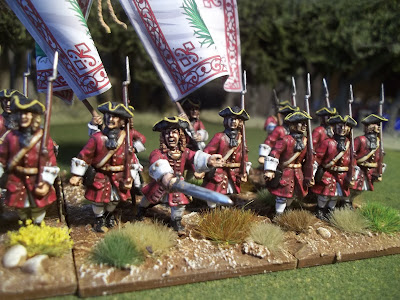 A couple of close ups from either end of the line. I quite like the grenadier carrying a grenade ready to throw. One of the advantage of multi part figures. 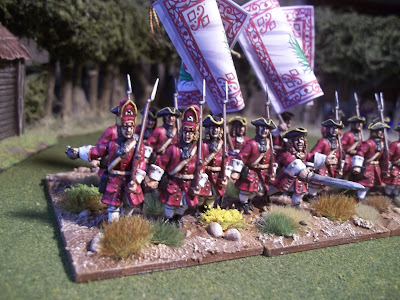 The basing department has a couple more units finished and returns home for Christmas on the 22nd so I will have a couple more posts over the holiday period.


I am also nearing completion of painting on the first unit of Foot Cossacks, with mounted Cossacks not far behind so watch this space.


Just as an aside I am almost at the pint where we have enough figures for a small game. By the end of the holidays I will have;


Add that to Marks 8 Battalions of Danes and 2 of Danish horse and we are pretty much ready to go.


Keep an eye out.