I will be dropping some figures into the basing department tomorrow and reiving some completed units back to share with you, so I thought I would do a quick update before these figures disappear off to York.

Firstly though I had two packages from Warfare miniatures yesterday and got really excited about some of these figures. Two units of Saxon Currasier and a pack of casualties I will also use as markers for Saxons.﻿ 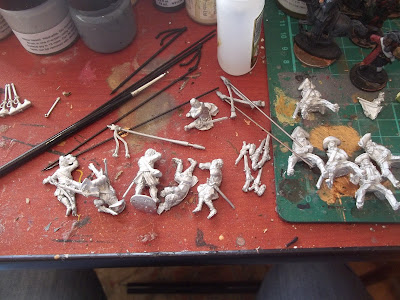 This also set me thinking, I have been planning to do a tutorial type post taking through my whole process from priming to basing. Not because I think I do this better than anyone else but I always think it worth sharing this stuff in case there is a little gem someone can pick up.


I will use the cavalry figures as this allows me to share my approach for both horses and the figures so keep an eye out this will be coming over the forthcoming weeks. 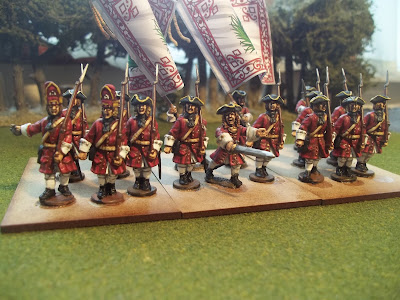 So firstly I have my third unit of Saxon Guard (Polish guard of the Saxon army confusingly) painted up. Not to be confused with the second battalion hopefully coming back from the basing department finalized tomorrow. I am now just trying to decide if three battalions of guard or four is appropriate. Tmpted to do my Saxons in 4 battalion brigades each made up of 2 regiments of 2 battalion each. If so one more battalion of Saxon Guard required. Food for thought.


Anyway, the rank and file are all Wargames Factory as is the Seargent and one of the Standard bearers. The Officer, second standard bearer and drummer are Wargames Foundry. 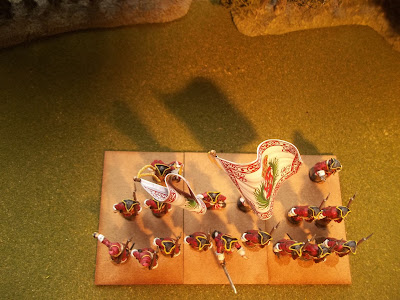 I think the above shows how two ranks with a virtual third rank of drummer and seargent works quite well. 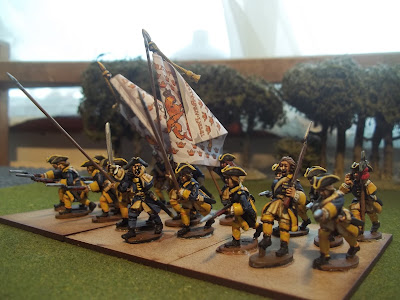 Then the Swedish guard, first battalion of these, all Ebor figures. Really please with how it has come out. Flags by Warfare in both cases. 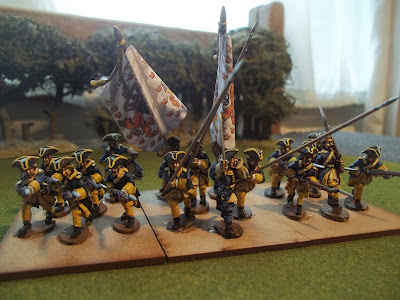 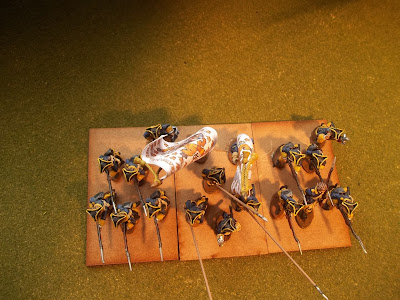 I am playing my first game if Great Northern War hosted by Paul Robinson at the Grimsby club and really looking forward to this, so watch out for photos of the game and of the completed units (mainly Poles) coming back from the basing department this weekend.