The Russians are Coming

For some time I have been toying with adding Russians to my collection. Wargaming chum Dave is planning to do this army properly, but on numerous occasions Russian troops fought alongside the Saxons in Poland-Lithuania and I thought it might be nice to add a small force to bolster my Saxons and add contrast to all that Red.

I have yet to decide the final make up, I will certainly have 3 units of Cossacks. I have the dragoon unit below and will also have a unit of horse grenadiers. For the foot current thinking is 2 battalions of line in Green coats with a third unit of dismounted Cossacks. Dismounted Cossacks certainly fought alongside the Saxons in reasonably large numbers so I think this will look a little different.

I have started off with the Dragoons, in this case Ingermanlandski, the flag is from Reiver and the miniatures are all Ebor. The Paul Hicks sculpts are great to paint but I do struggle with the fit on the horses. 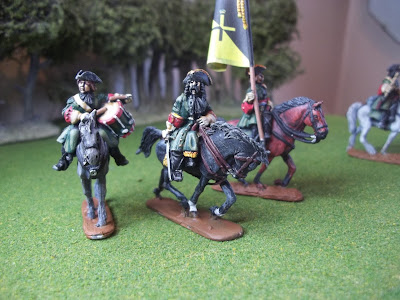 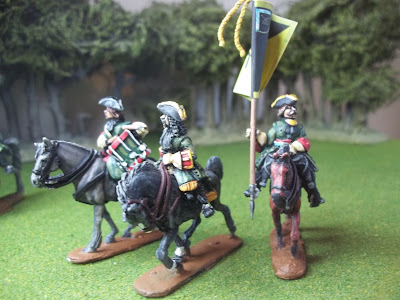 The actual troopers come in the one pose, its a nice enough pose but I do prefer some variation and so have added some head swaps for the second pack of 3. 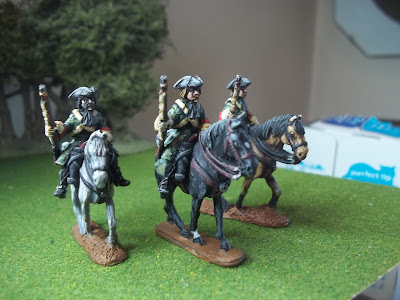 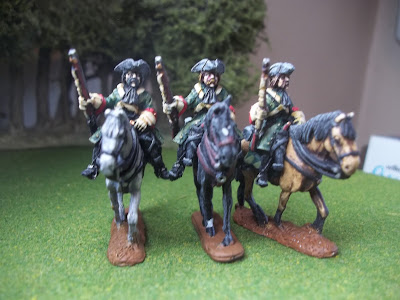 For the second pack I took three heads from the range supplied for the Ebor Swedes and did some simple conversions. I like the outcome, I do hope that people are not yet bored of the head with the bandage appearing in units yet. 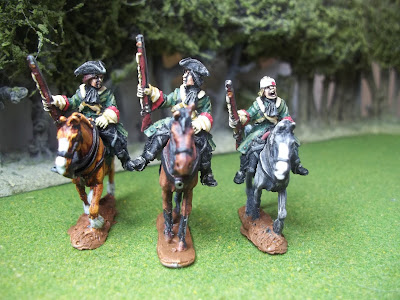 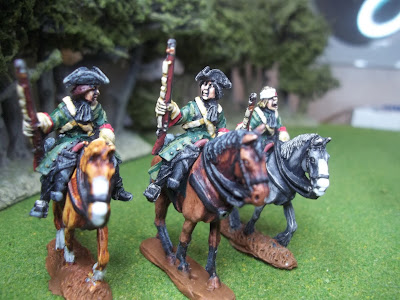 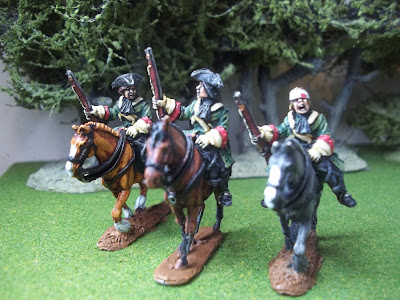 I am particularly keen to have dismounted versions for the Russians, less important for other nations I feel but the Russians used them as infantry more often from accounts I have read. I like the idea of three bases like the other units but one base has a horse holder with horses whilst the other two have a firing line. Lets see what becomes available from our friends at Warfare and Ebor in the coming months.


I also intend to do a Horse Grenadier unit, the below are based on Kropotov's horse Grenadiers as pictured in the Osprey men at arms. Again these are Ebor, one of the three troopers has head at a different angle giving enough of a difference for me to decide not to bother with head swaps in this case. 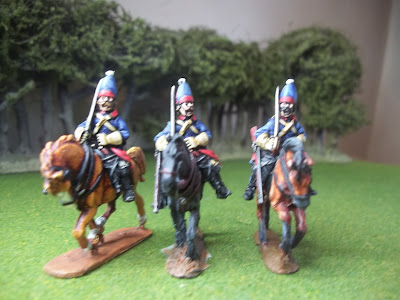 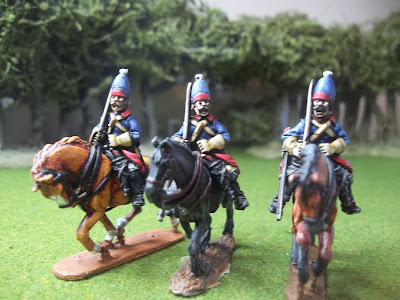 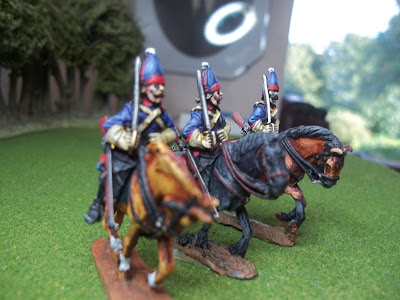 Oh and I tried an outside shot hoping the bright sunshine might improve my photography, alas this was not to be! 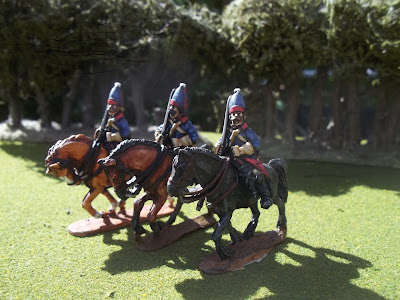 The Eagle eyed amongst you will notice I have posted a picture of the Russian Pike before, However as I have changed their stockings from red to white I decided it deserved another picture. 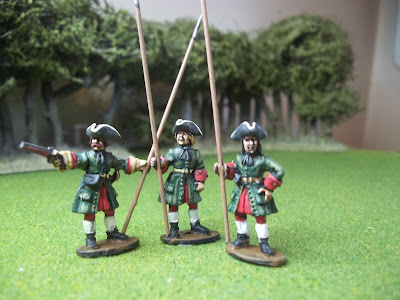 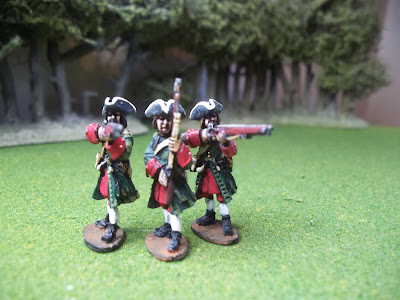 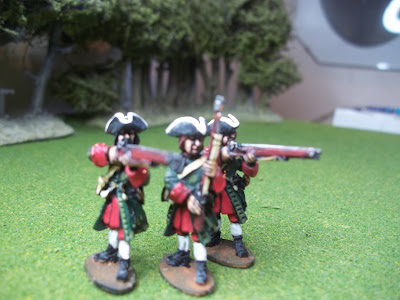 So lots going on. plenty coming through, I hope to have some Polish cavalry back from the basing department soon, I am also looking forward to the release of Warfare's Swedish Cavalry next month. However in particular looking forward to a trip over to Grimsby to meet Paul Robinson for a game of Great Northern War, you can see Paul's blog here http://grimsbywargaming.blogspot.co.uk/ and I cant wait for my first game from this period in about 4 weeks.


So thanks for reading again and watch this space for more posts.