The latest formation to be completed, I really like these guys, a bit different to the other stuff I have. 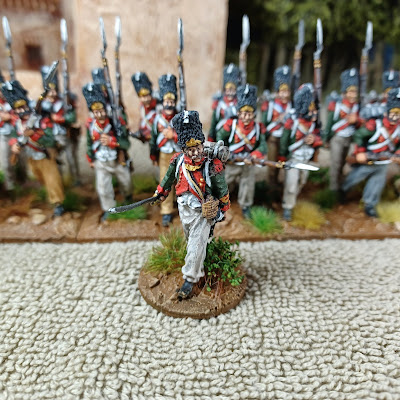 There were 2 Battalions of Paris Municipal Guard, this is the early uniform, one battalion was red faced green the other green faced red as here. They were destroyed or captured at Baylen and later reformed and given white uniforms. The reformed unit also seeing action in Spain, mainly in anti-Guerilla roles. 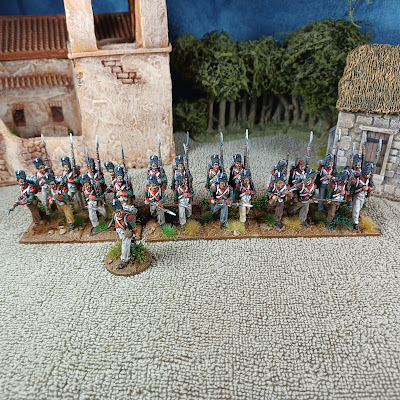 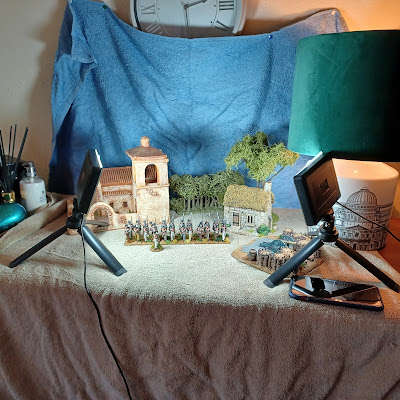 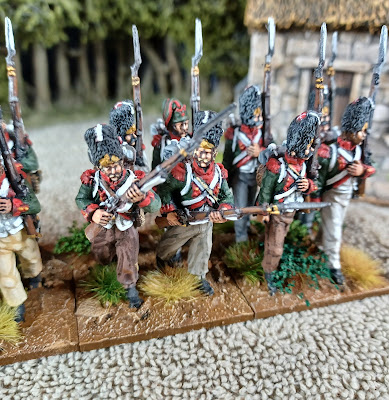 I used five different figures for the formation and 9 different heads, if I include the Bonnet De Police, although the Grenadier in sleeved waistcoat only appears once. Whilst the variety of trousers still gives them something of a campaign look the Bearskins make them a little fancier than the other units. 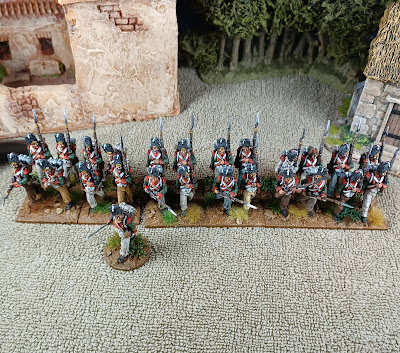 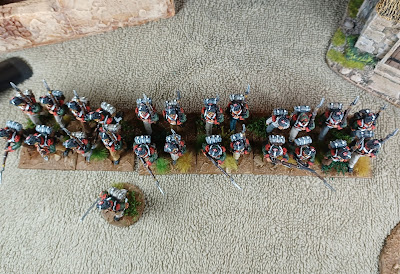 I was keen to have something other than blue or white for my French I think these guys achieve that. 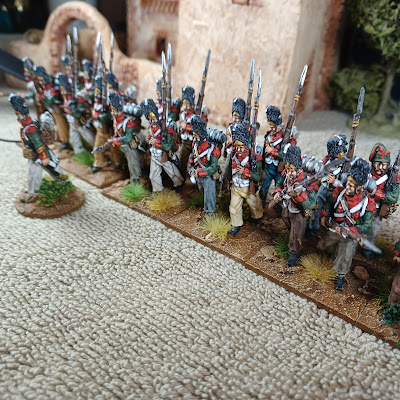 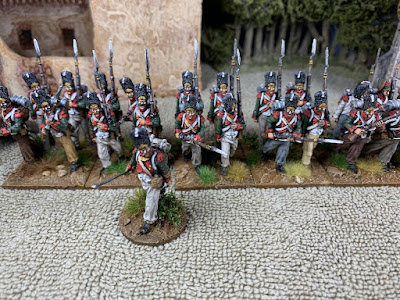 Hopefully they will make their debut tomorrow night in a Sharp Practice game we have planned at Steves. 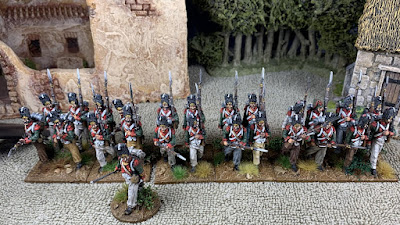 The NCO is a drum major with the addition of a bearskin and his staff replaced by a sabre. I like how he looks. You have already seen the mounted officer in an earlier post. 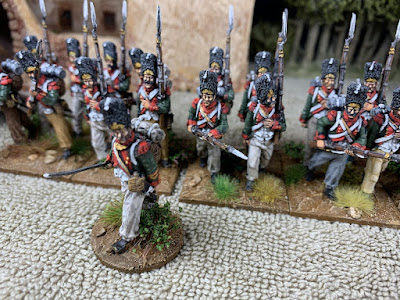 Just the one Bonnet de Police included, I didnt feel the need to add any more of these. 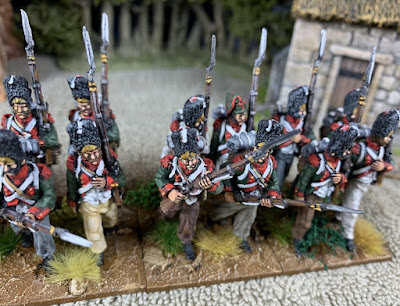 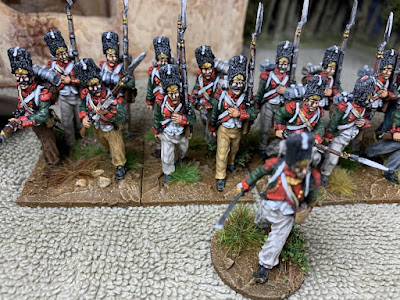 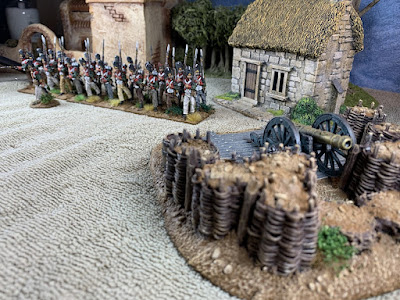 Overall really pleased with how these came out. No doubt abysmal when they get an outing on table in due course.
I will be adding some fusiliers and Voltigeurs to supplement these but probably not many.
Hope you like them too. Thanks for stopping by.