I have been really looking forward to finishing this unit. My basing technique has changed ever so slightly for this collection but not much, I do think the slightly more orange base coat and the touch of sand adds something.

The regiment Hibernia recruited from second generation Irish but also troops direct from Ireland too, though I doubt there were many by this time. This is represenetative of any Spanish unit for me, I chose Hibernia just beacuse I love the colour contrast on the Blue and yellow.

Lots of pictures not so much narrative with this post, think I iwll let the pictures do most of the talking. 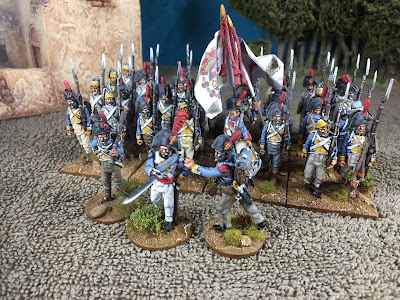 All the figures are Perry's with the enlisted men all coming from the 3 packs of 10 marching figures Perry's do. As discussed in previous posts there is a surprising ammount of variey within those packs, particularly the chap in fatigues, giving the overall unit a real campaigny look. 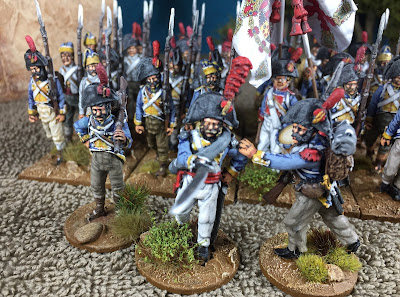 Three command figures so I have the option to split the force for partiuclar scenarios. Officer Seargent and Corporal. I feel like the Seargent is trying to stop his officer doing something particularly stupid in the above shot, "No boss the French are that way!" 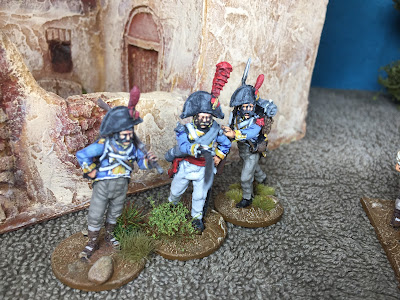 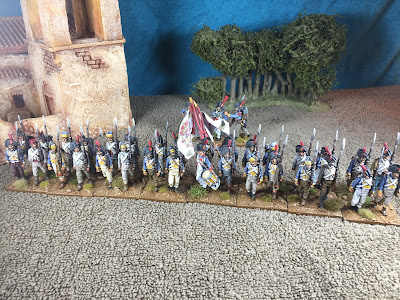 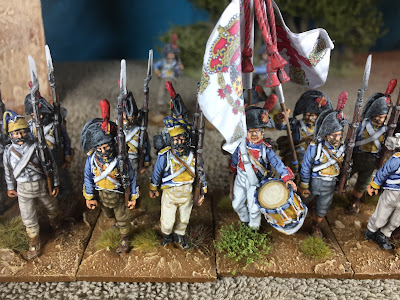 A nice mix of headgear along with different coloured trousers adds to the overall untidyness of these guys. 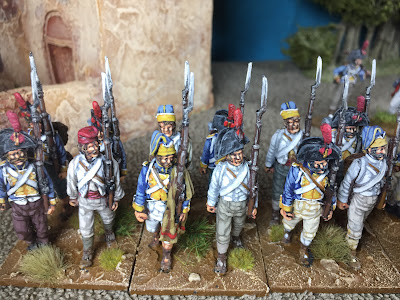 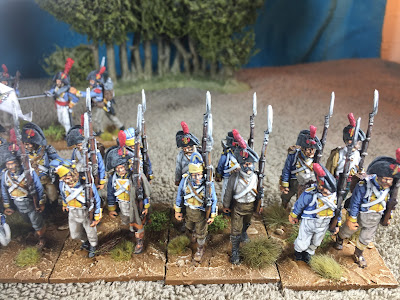 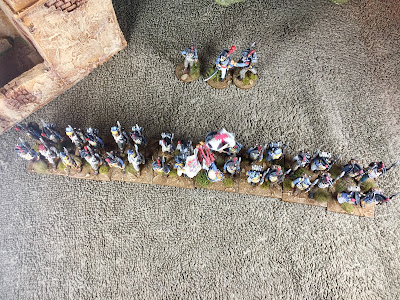 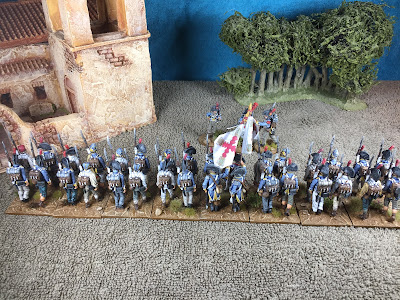 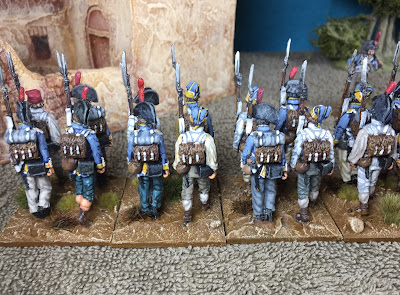 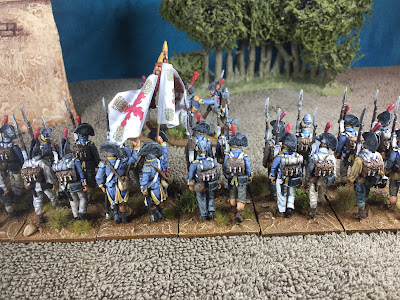 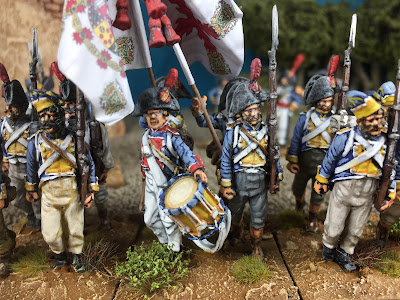 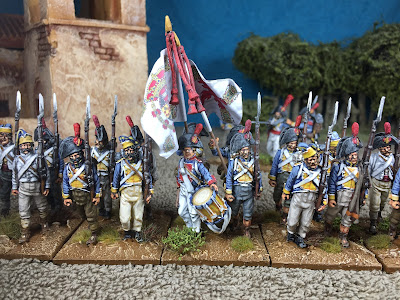 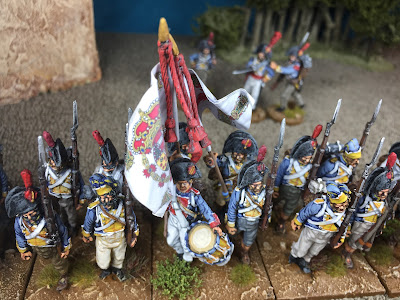 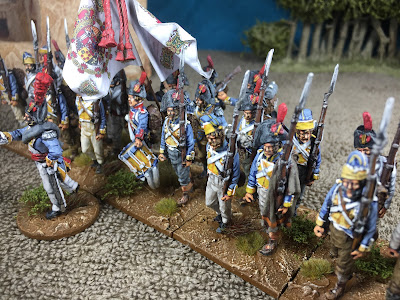 I hope you like this unit as much as I do, pretty much came out as planned and I am looking
forward to getting them on table in the near future.
Posted by RogerC at 14:42