The French are coming along steadily, or as Wellington might say "In the same old way", I need to focus a bit more on these guys. It may be the piping or the lack of diversity in the figures thats slowed me down and put me off focusing on them.

Anyway the first units complete for the 88th Ligne are the Elite companies. 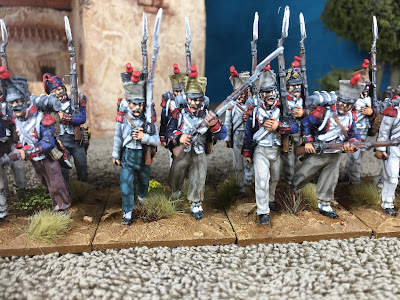 Firstly the Grenadier company, two groups of 8 can just about pass as a weak company under Sharp Practice. All the figures are 40mm Perry Miniatures and I have tried to add variety with a couple of different figures added into the pack of 10 in habit to break things up I think there is just enough variety to give that lived in feel for this unit. 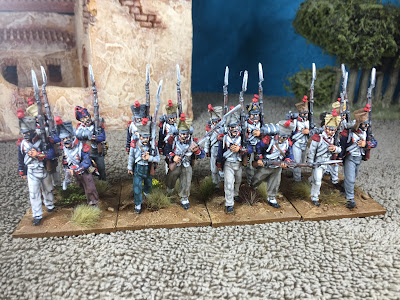 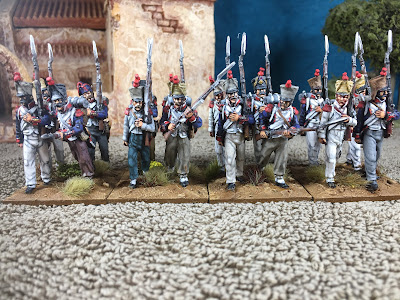 A mix of trouser colours and shako cover colours adds to the variety provided by different heads. 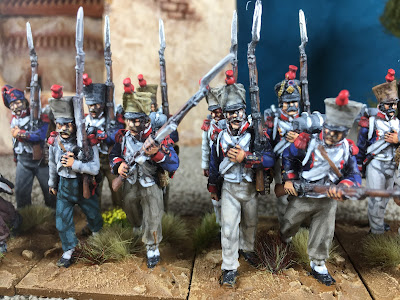 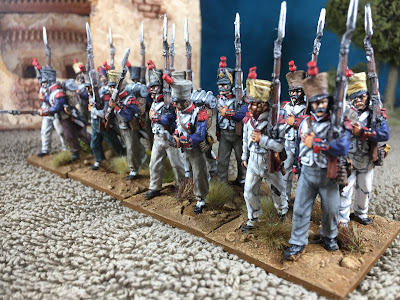 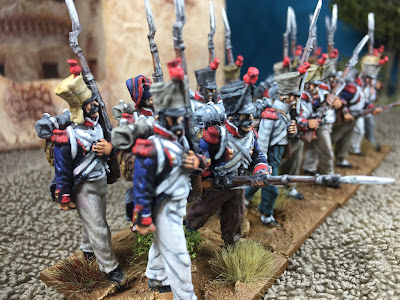 I have a few spare heads with Bonnet de Police from the Spanish so I am mixing the odd one in here and there with the French. 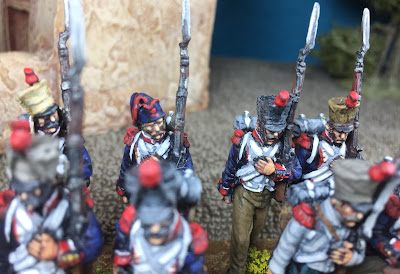 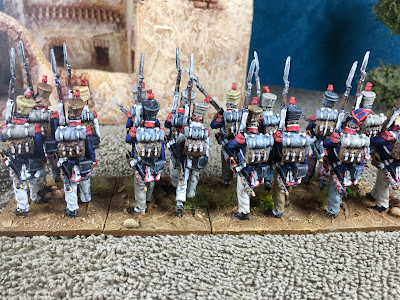 Two Officers so far, one for the Grenadiers and one for the Voltiguers. Given them both dark uniforms to provide a little contrast with their enlisted men. No NCO's yet, I may need to add one for my Voltigeurs. I have an advancing figure in mind. 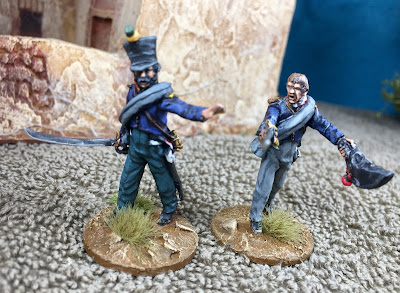 Two units of 6 Voltigeurs with a spare as an NCO, no stripes added yet though. Here is the first one. 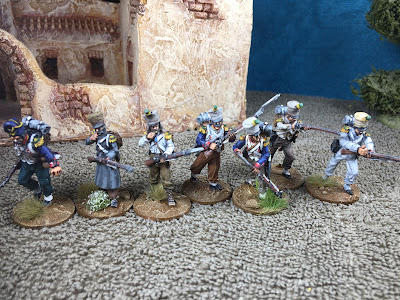 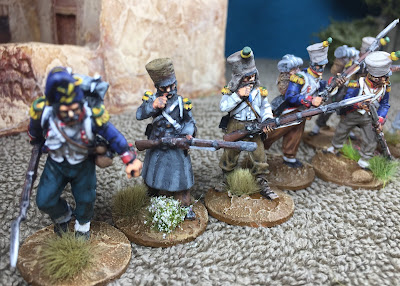 Six in this second unit with their officer giving orders in the background. 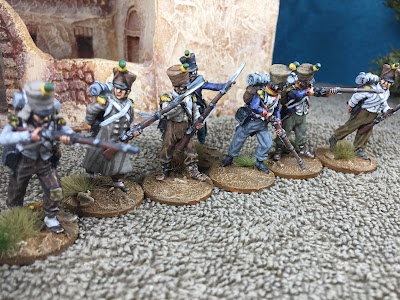 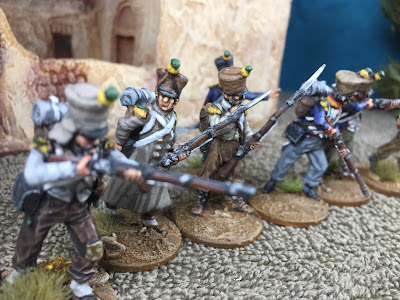 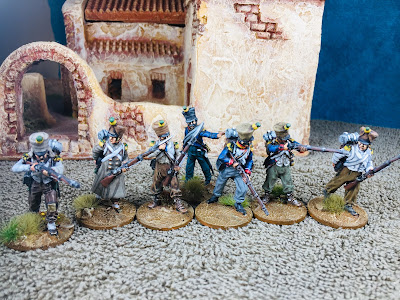 Here they are all together, not quite enough for a game yet, perhaps half way there. 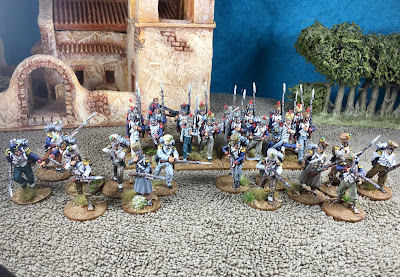 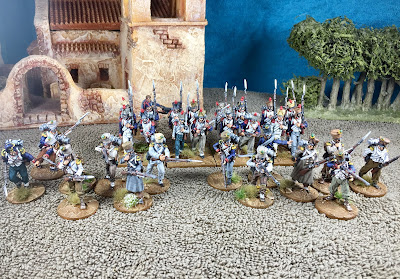 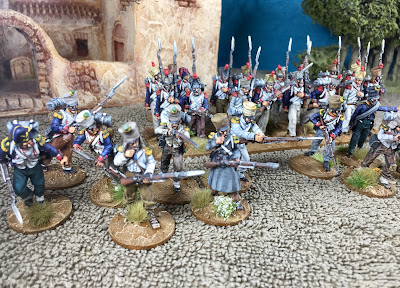 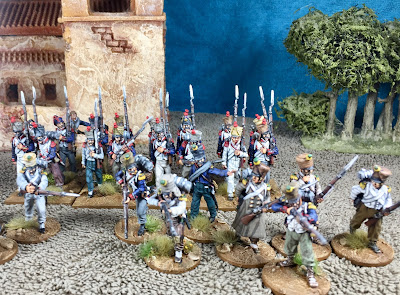 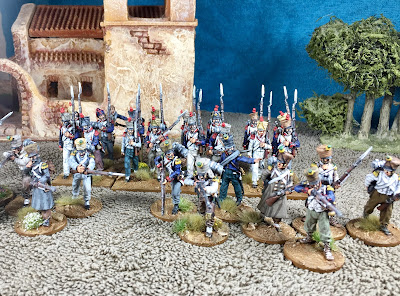 Pretty happy with these, however I really must resist the urge to wonder about painting odd figures from different units and get cracked on with the French Ligne. I have a 32 man unit planned with some additional units of light infantry and a smaller unit of something different yet to be decided.

Lets see if I manage not to be distracted by the British and the French Hussars.