The next unit is the 10th North Lincoln regiment. Now these were one of the few units still wearing the bell top shako with a white cover. I came across these lovely Perry Carlist War figures on ebay with the shako's already converted and snapped them up. Thank you mystery converter you did a great job and I hope I have done them justice. 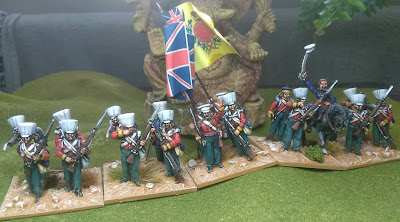 I also thought I would take the opportunity to share how we base figures for the hotter climes.

After gluing to the plastic or MDF bases in the position I want I add a layer of pre made polyfilla, being careful to scuff it a bit as this will give a better effect later in the process. 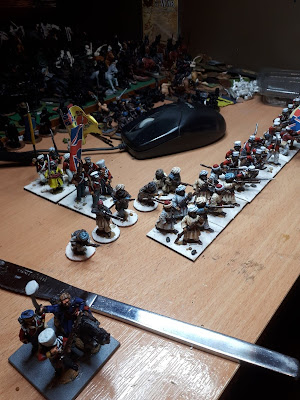 I then add rocks, some people use budgie grit or ground up cork I use fine fish tank gravel, mainly because I have loads from an old fish tank. 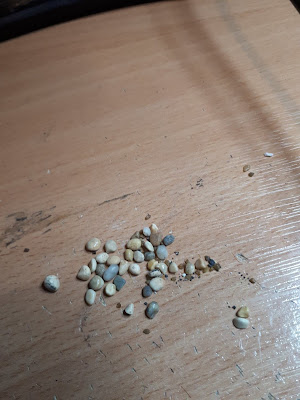 Scatter a small amount on and then press it into the filla. Not too much its just to suggest a few rocks. 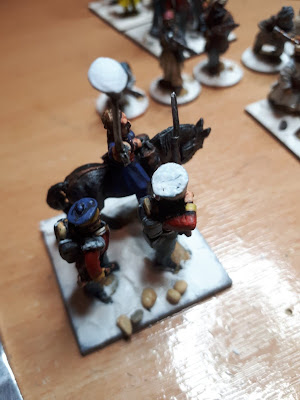 I then paint the whole lot with Colour Party English Civil War Buff, a most useful colour. Two layers are usually needed just to get in all the cracks. 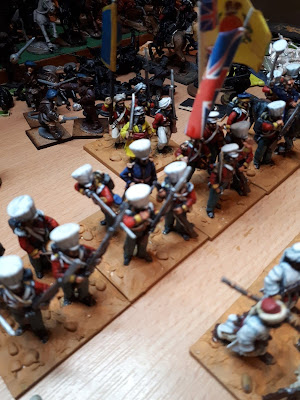 Once dry I use a a pale ivory colour to dry brush the result, this is where roughing up the filla earlier pays off as it gives a much nicer effect. 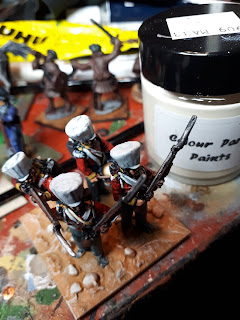 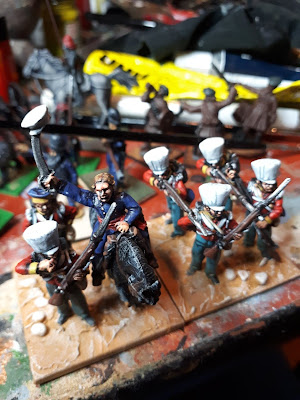 Then just add tufts, in my case a smatter of different colours I think works well and then you have the finished result. Simple really. Hope someone out there finds it useful. 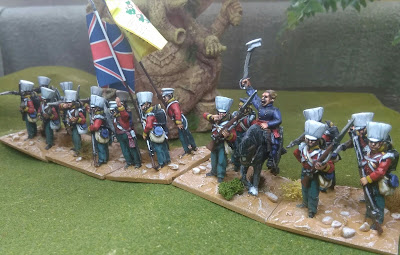 There were 18 figures I picked up from Ebay and my standrad sized units are 20 so I added the mounted Foundry officer to fill in the gaps, I think he fits in really well. 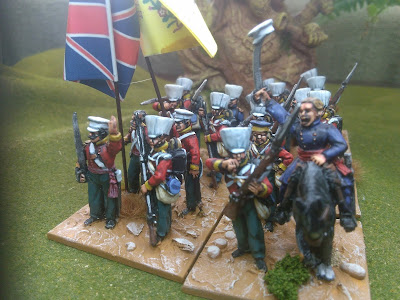 Really please with these guys and it takes me to 6 Battalions painted and based with a further one painted awaiting basing for the British and EIC forces.

Enough for a game I think. Watch this space int he coming weeks.