Afghans and Other Goodies

So the basing department was home at the weekend and brought backsome eagerly awaited goodies.

Opening the box always puts a little smile on my face. 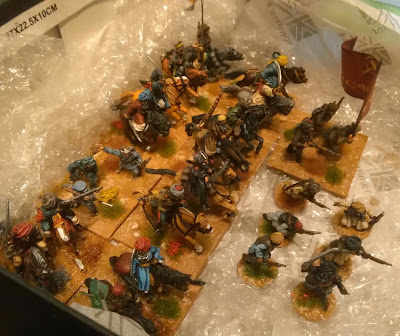 This first lot are a mix of Foundry and Perry Afghan tribal cavalry, I intend however to use them with my Sikh Wars collectrion as generic Hill Tribes, both the North West Frontier provinces and the Kashmir were under the control of the Sikhs and these figures will suit those tribes perfectly.

The old Foundry and new Perry go rogether really well as long as you get the horses right. The outer figures below are Perry with the inner being Foundry. All sculpted by Perrys of course but the old Foundry range is 25mm, 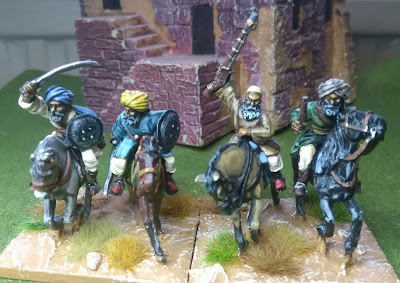 Same with the below, Perry horses with the outer figures Perry and the inner Foundry. 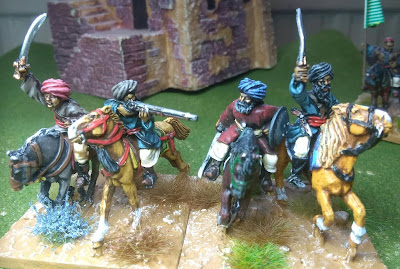 The below command base are both Foundry figures, however both are on smaller horses and dont fit quite as well, soem of the earlier figures have these horses so I will try and keep the different horses in different units as the riders actually fit really well.

The first eight will fit really well with the next lot which is a bit of a departure for me. 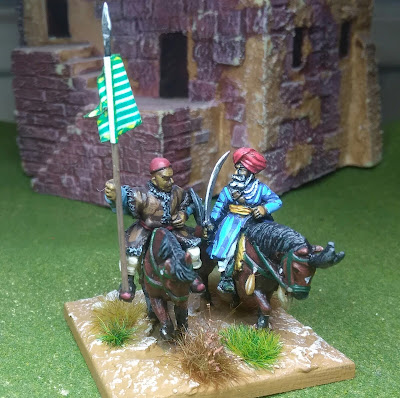 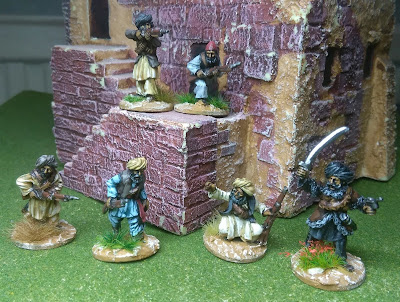 This next lot are Empress Afghans from Paul Hicks, lovely figures I have had my eye on for a while, these few have been sat in a dawer for a a year or two and I have finally got around to painting them. They will be the start of a small collection for the third afghan war 1919. I might mis a few Foundry figures in and these will take on my WW1 British and Indians who can do double shift for East Africa and Plestine.

Chum Chris Charlton also has a mob of these along with AFghan regulars and the right armoured cars for India. As I ahve most of what I need already adding a small range of tribesmen to open a new thatre seems an inexpensive way to start a new period. 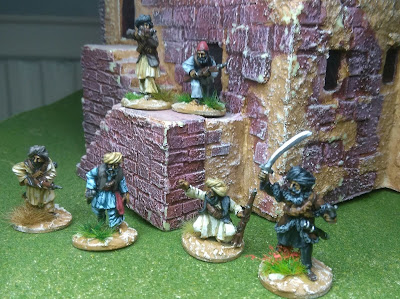 As I was plannign to paint these I had a bit of a look on ebay for appropriate inspiration. I wanted to pick "Yhe Leapard and the Cliff! by Wallace Bream. A gritty story about aan Officer of Frontier Scouts who has to deal with both the tribes and his own mutinous men. As Wallace Bream commanded a similar unit he knows what he is talkign about and it shows.

The second book (Only £3 on Ebay" was "The Pathans, Guardians of the North West Frontier". Now the cover and blurb didnt give much away about the contents. However when the book arrived it was nothing like expected, much better really in many ways. 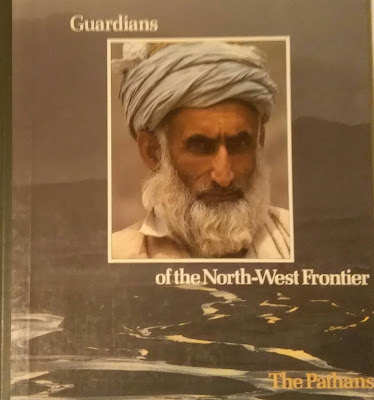 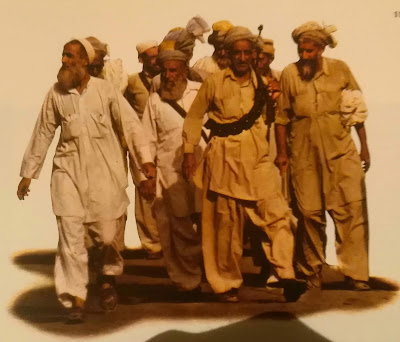 The book is an enthographic study of the Pathan their culture and way of life written in the early eighties with soem wonderful colour pictures. What it did do was give me a flavour of how they think as well as some great material for the colour of their clothes. The usual white garments wouldnt do the very pale blue grey, Khaki, Buff and pale grey would be better colours as the unit I just painted. A lucky find I think, giving me an idea for a short story I want to write, but thats not for here.

As well as the Pathans I also have a few Russian Civil War figures back from York. 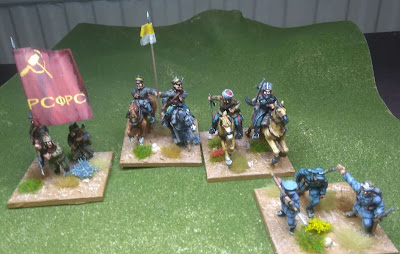 This base of Red infantry will finish a unit off, slightly scruffier than previous figures which is how I wanted them, there are three manufacturers here, Studio Siberia, Copplestone and Company B. 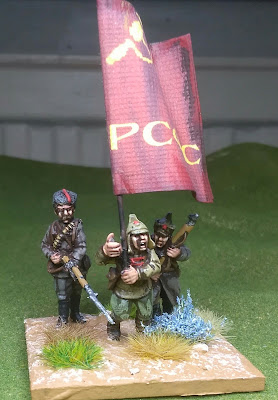 The Cossacks are both from Studio Siberia although one has a Copplstone horse, these are the start of my last Cossack unit Shkiro's Wolves. Just 6 more to go! 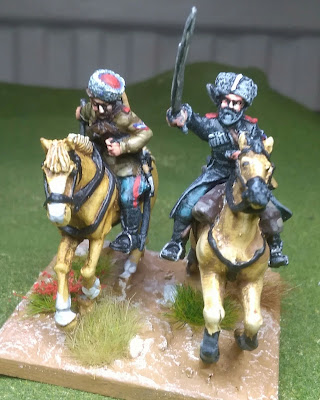 These vchaps are Poles for the 1919 Russo-Polis War, essentially an offshoot of the Russian Civil War as the Bolsheviks tried to export the revolution West. The middle figure is a studio Siberia Pole those on either side are actually Woodbine Miniatures Turks with seperate heads. Not so keen on the one on the left but the others look just fine. 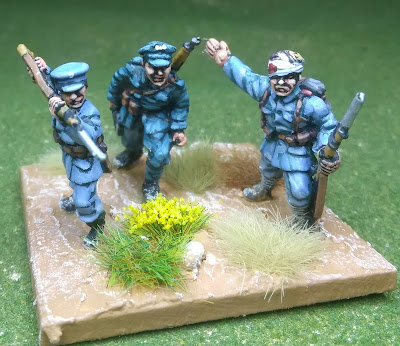 The last lot are Polish Lancers, both started life as Renegade miniatures German Cavalry, a head swap with Studio Miniatures seperate heads sorts that out and this base completes anothe runit of Poles. 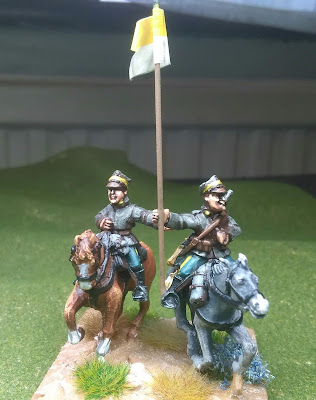 Thats it for now, busy working on a bunch of  Cossacks for 1812 retreta from Moscow right now and a few more Pathans with Lee Enfields.